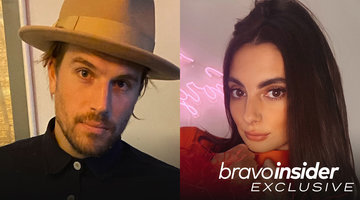 4:29
S5 - Sneak Peek
The Summer House Cast Gets Extra Fancy for the Season 5 After Show 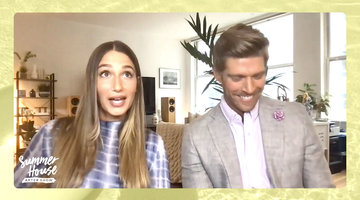 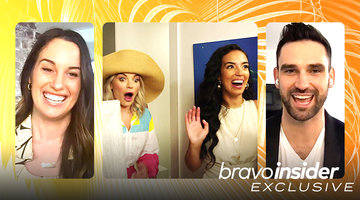 4:11
S5 - E8 | Part 1
How the Summer Housemates Pulled Off Their Epic Bar Crawl (Without Leaving the House)

It’s been an emotional summer for Lindsay Hubbard and Stephen “Stravy” Traversie. The Summer House couple has had a few ups and downs throughout the season, eventually resulting in a breakup. But just when it seemed like things were over for good, Stephen returned to the Hamptons to surprise Lindsay with the romantic grand gesture she’s been looking for all along, which only complicated things more.

During a Bravo Insider exclusive clip from the Summer House After Show, the housemates weighed in on the relationship, and shared their reaction to the romantic display.

“I couldn’t handle it. I was like, I know Lindsay wants the grand gesture, but…I was like, this has got to be a joke,” said Carl Radke. Luke Gulbranson on the other hand, was all for it. “When I saw that, I was rooting for him. I wanted them to work out,” he shared.

Danielle Olivera definitely didn’t hold back when it came time to share her opinion: “Did I want to vomit in my mouth when I saw what it was that he was doing? A little bit. I was like ‘Come on Stephen! Something original please from your heart. Not from the playbook that she literally f—king handed you.”

Speaking of that playbook…Lindsay isn’t giving Stephen full credit for the move just yet. Although she described it as a “beautiful moment,” she says she “wasn’t convinced” and “can’t not take credit for that moment.” To hear her reasoning, check out the Bravo Insider clip above. And for access to even more behind-the-scenes content, sign up for Bravo Insider.

Life is better as an Insider
Bravo Insider is your VIP pass to never-before-seen content, exclusive giveaways, and so much more!
Sign Up for Free
All Posts About
Carl Radke
Danielle Olivera
Lindsay Hubbard
Luke Gulbranson
Summer House
Bravo Insider
Related

Paige Reveals Lindsay and Danielle Argued About this Party

Lindsay Says She and Carl Are "Too Close Now"