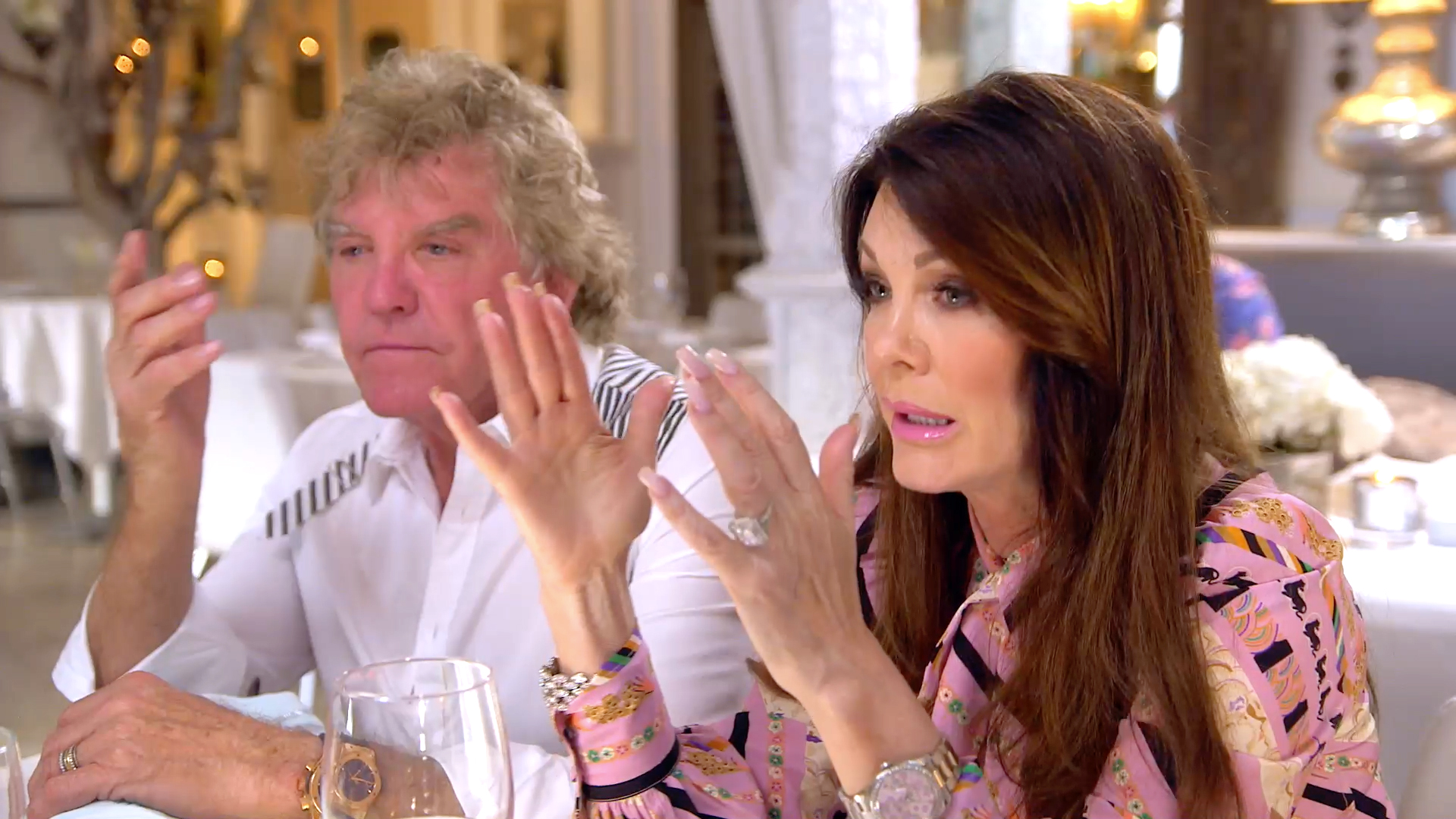 When Tom Sandoval and Tom Schwartz were plotting out all the details with Lisa Vanderpump for their hotspot, Tom Tom, they were surprised to learn that Lisa's daughter Pandora Vanderpump Sabo was also working with them on creating cocktails for the hang out (clip above). It was a Vanderpump Rules moment that led to Pandora defending her skills in the liquor business on Twitter, with Sandoval also offering up his side on social media.

When Lisa stopped by The Daily Dish offices on Monday, she opened up about her daughter taking to Twitter to defend her experience in the industry after it was questioned by the Toms.

"Pandora's a very driven young lady and she was valedictorian at school and she's virtually a sommelier herself," Lisa told The Daily Dish. "She's done many kind of exams. She owns a liquor company. She's managed quite a few of our restaurants. So, yes, she knows an awful lot about it. She's been very involved with Beverly Hills Lifestyle [magazine]. She's had her own blog that she does everything and a lot of that is food-based and about cocktails. So, yes, she does have a lot of experience. The thing is with Pandora is that she's not an instigator, but she will always stand up for what's right and defending herself. So if you kind of poke the bear, so to speak, she's going to come out with all guns blazing. And she's absolutely right; she's probably got more really experience than a lot of people that work for me."

As for why she thinks Sandoval reacted to Pandora's involvement the way he did, she said, "Well, I think he probably felt that maybe she was going to steal his thunder you know?" She added, "There's room for everybody."

We Have The First Celebrity Review of Tom Tom