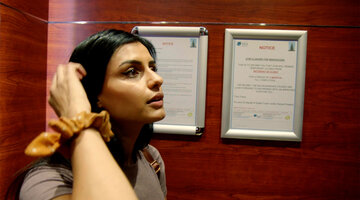 Now Playing
1:08
Preview
Gurleen Gets a Big Surprise Before Meeting Her Date 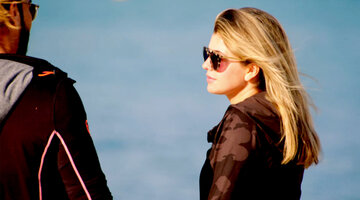 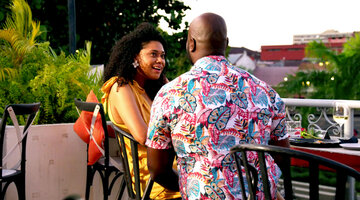 Allow this Love Without Borders sneak peek to get you excited for Wednesday’s premiere.

In it, Gurleen Virk has finally arrived at her (previously unknown!) destination, where she’s expecting to meet the love of her life. She’s never spoken to him — or even seen a photo — but like the other Love Without Borders singles, Gurleen is willing to take a few risks if it means finding her soulmate.

“I am panicking inside, but I’m trying really hard to have, like, a calm outer front,” Gurleen says as she makes her way to her match’s apartment. “I’ve been wearing the same outfit for over 20 hours, and I’m hoping I put on enough deodorant and look decent.”

She continues, “I have no idea who I’m meeting, but I am really hoping and believing this man is the person I want to spend the rest of my life with.”

The apartment’s door then opens and Gurleen is immediately surprised by what she sees. Why? “It’s a woman!” she says.

But Gurleen isn’t the only one taken aback. In another Love Without Borders preview, her fellow American single Philip Michael Thomas Jr. has just arrived in Ghana, and he’s already experiencing culture shock.

“I feel like I’m so far removed from Atlanta right now, because I literally gave up everything to be here,” Philip says as he rides through busy streets where vendors are selling a wide variety of wares.

Hear more from Philip and Gurleen in the above clips.

Watch the Love Without Borders premiere on Bravo on Wednesday, November 30, at 9/8c and the next day on Peacock and the Bravo app.

Life is better as an Insider
Bravo Insider is your VIP pass to never-before-seen content, exclusive giveaways, and so much more!
Sign Up for Free
All Posts About
Gurleen Virk
Philip Michael Thomas Jr.
Love Without Borders
Related

Everything You Need to Know About Love Without Borders