Luann de Lesseps announced her engagement to Thomas D'Agostino Jr. on Monday, and now her Real Housewives of New York City castmate Bethenny Frankel is giving us the deets on the Countess' happy moment. "Yes, she is engaged. I got the 411. She got engaged Saturday night," Bethenny dished to Andy Cohen on his SiriusXM show Monday. "There's a ring. I think it's a yellow diamond. I think it's decently large."

Of course, Bethenny still managed to throw a little shade Luann's way. "She called Page Six right after, so it's a normal engagement, you know what I mean? Isn't that what everybody does?" she said.

And Bethenny didn't stop there. She also spoke about Thomas' rumored romantic past with some of Luann's RHONY castmates. "Ramona [Singer]'s dated him, and Sonja [Morgan] used to be his friends with benefits, so they kind of gave a little intel recently," the Skinnygirl revealed. "He's the new Harry Dubin," Bethenny continued in reference to Aviva Drescher's ex-husband who went on to date Sonja and Luann.

But all kidding aside, Bethenny is generally happy for Luann and Thomas. "What's funny is that you know how I can't hide my feelings about things or opinions, and I feel happy. Like, I feel excited for her. She's having a moment. It's exciting. She wasn't that happy this summer, and I feel like, who knows?" she told Andy. "I suck at relationships. I'm not one to talk about anybody's relationship. I'm in the 12-year divorce."

Need a refresher on Harry? Watch Luann discuss the Harry drama at the RHONY Season 6 reunion, below.

Preview
Who Left With Harry? 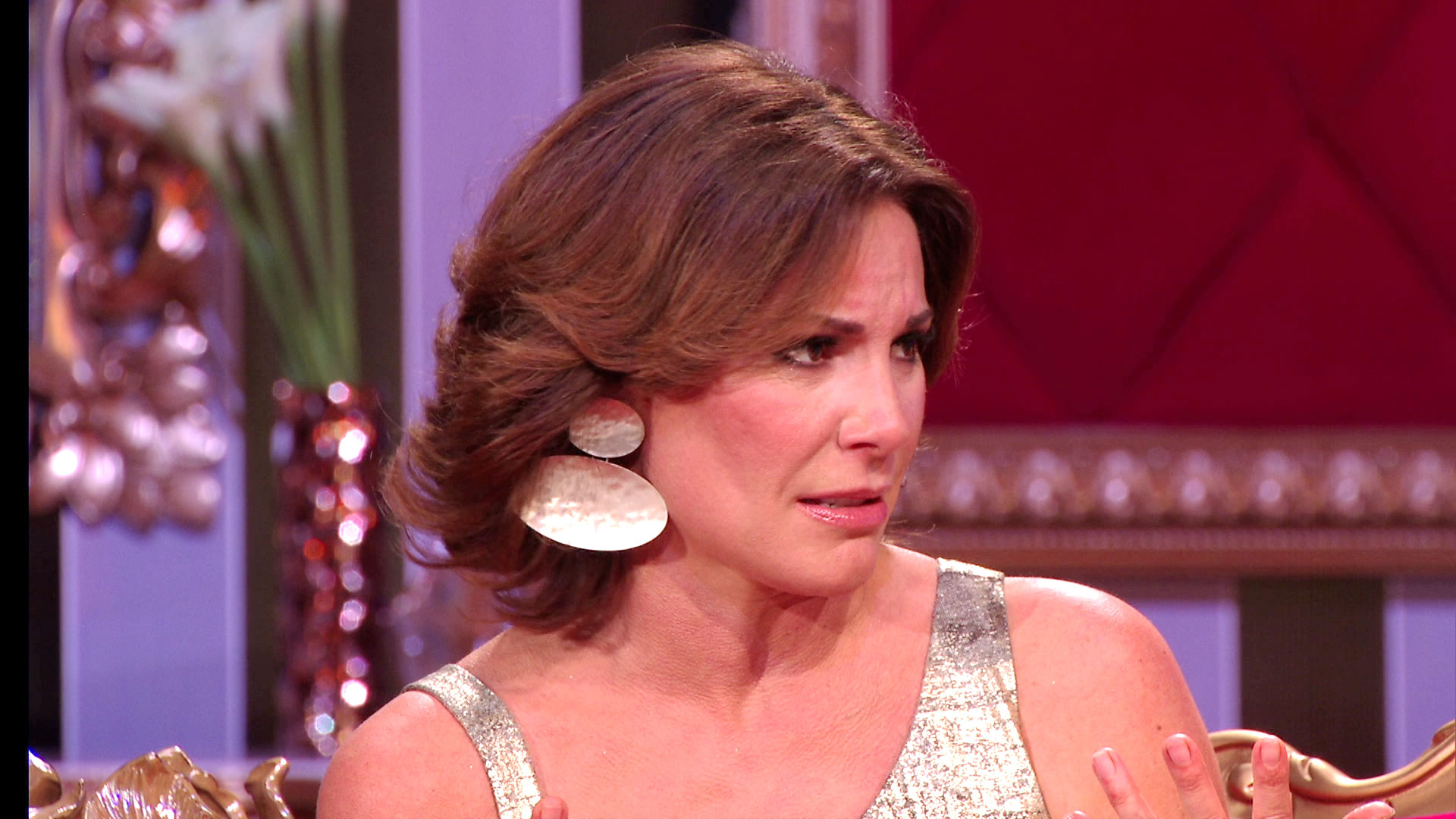 Break Out the Champagne: Luann de Lesseps Is Engaged!