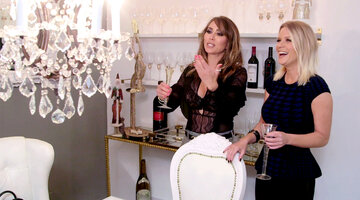 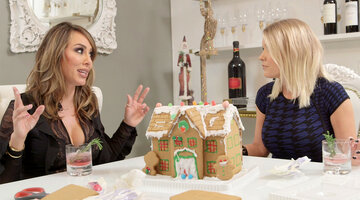 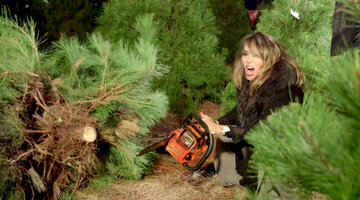 2:38
Digital Original
You Have to Watch Kelly Dodd Use a Chainsaw

Have you ever wanted to party with Bravolebs? Well, our digital series, Bravo After Hours, offers viewers the opportunity to paint the town red with some of our very own, as well as host and Everybody Curses, I Swear! author Carrie Keagan. Here she looks back on her experience with Ariana Madix and Lala Kent.

When it comes to partying with the Vanderpump Rules crew, Carrie Keagan has been there and done that. On Season 1 of Bravo After Hours, she logged party time with Stassi Schroeder and Kristen Doute, as well as Tom Sandoval and Tom Schwartz. Cut to Season 2 and she's out chilling with Lala Kent and Ariana Madix, in addition to James Kennedy. She's basically the living embodiment of #partygoals.

The Daily Dish recently caught up with Carrie via email and she broke down what it was like to kick it old school and party the night away with Lala and Ariana.

You also got to hang with Stassi and Kristen last season on Bravo After Hours. Compare those two experiences.

Carrie Keagan: Last time I got "drunk and high" with Kristen and Stassi (drank at Pearl on Sunset and road the Sky Slide DTLA). This time I got "old and wet" with LaLa and Ariana (dressed in period costumes and roamed the haunted Queen Mary cruise ship). It's always fun to have a girls night out!

Which pair do you think can rage harder?

Oh no, I'm not getting in the middle of that kind of drama!!

What was it like to be on the Queen Mary and experience nightlife from a different time?

I think it's fun to romanticize what it was like to don your finest frock and drink out of fine crystal while exploring the palace on the sea, but if you really break it down, who the f--- was actually comfortable in a corset??? And those cocktail glasses were really small! And I don't know about the girls, but seasickness is NO JOKE! Let's be real, a Saturday night shaking my ass at Georgio's in WEHO is right where I belong.

Who do you think you were in a different life?

Can I say David Bowie? Or a raccoon. Or maybe I was a raccoon named David Bowie.
[Ed. note: Why not? Lala Kent thinks she was Tupac, as she explains above.]

You also party with James [Kennedy] this season — having spent so much time with so many of the Vanderpump Rules gang, who is next on your party bucket list from the show? (Check out Carrie hanging with James, above, as well.)

At this point, I need a night out with Lisa [Vanderpump]  and Andy Cohen!

Has James Given Up His Bad Boy Days?