NeNe Leakes doesn’t have a problem spilling the "T" on her fellow Housewives.

On Sunday evening’s Watch What Happens Live: NeNe One-On-One, an interview with Andy Cohen, NeNe had plenty to say about some of the other ladies. And in typical form, the brutally honest Leakes definitely didn’t hold back.

And now, the highlights (or lowlights, if you're one of NeNe's

She took on Real Housewives of Beverly Hills bombshell Brandi Glanville first, referring to her as a “train wreck.”

“Just a wreck. Just a wreck," Leakes told Andy about Brandi. "She's just off the chain, she's off the hook [with] a lot of the things that she has to say, just so talkative." She added that Brandi has "a lot of stuff that she needs to not say. She's going to get red... She thinks she can get in people's faces and say whatever she wants to say."

But NeNe says her beef with Brandi is only when she’s tippin’ back the cocktails.

"I like her when she's not drinking,” NeNe explained. “Brandi and drinks don't work for me."

Regarding the (mostly) blonde crew from the O.C., NeNe isn’t a fan of them either.

“I don't connect with them, most of them, for some reason," Leakes said. "I almost want to recast Orange County. A couple of them are quite boring [and] can go!"

However, NeNe did mention that she enjoys the OG from the OC, Vicki Gunvalson, and the wide-eyed wonder that is New Yorker Ramona Singer.

"Vicki is the boss, Ramona is the boss, I'm the boss," Leakes said. "All of us are original Housewives and we have a work ethic that is very different than the new girls that come on the show. All of us work our [asses] off."

Also on NeNe’s list of favorites is the table-thrower herself, Teresa Giudice.

"I feel for Teresa because there's something about being the first one in. When you're the first one in on one of these shows and somebody comes behind you, it's sort of like, 'Hold on, you need to respect the veteran. I was here first. You need to play on my territory.' So I kind of sided with Teresa in that area. Melissa, you came on her show. So you watched her on television and you wanted to be on the show like she was. No, girl, take a seat now! You're not a veteran."

"I like Jersey," Leakes admitted. "I just think they're such gangstas. I just love them. They're so entertaining to me. but you know what? They're getting a little too nasty." 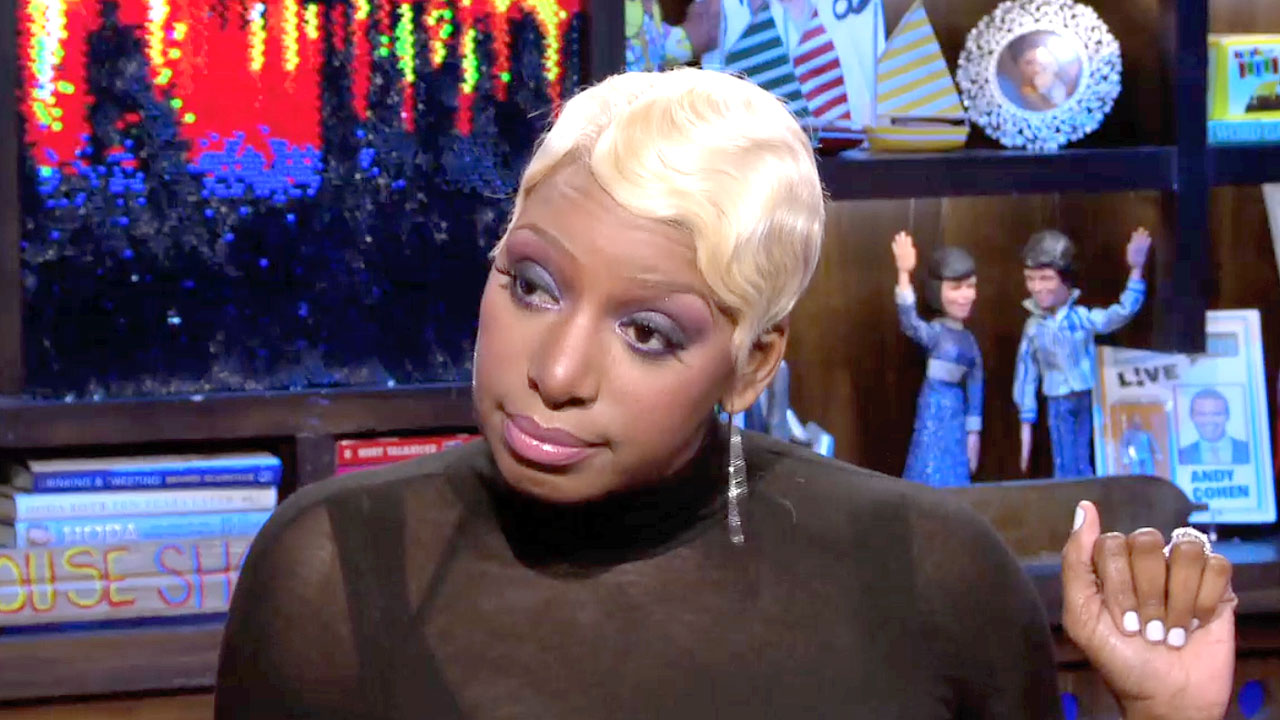 Tell us: do you think NeNe is spot-on? Let us know in the Comments section below.