New Series Real Estate Wars Premieres This October: Get Your First Look at This OC Rivalry

We all know how quickly the drama can heat up in Orange County. But you ain't seen nothin' until Real Estate Wars premieres Thursday, October 5 at 10/9c.

In this new series, you'll be on the front lines of a turf war unlike any other. Rival real estate agencies The McMonigle Team and The Relegance Group will face off in a battle for O.C. supremacy on Real Estate Wars.

And trust us, this beef is personal. John McMonigle rebuilt his career with The McMonigle Team, which also includes agents Hunter Fedden, Hoda Hajirnia, Drew D'Angelo, and Leo Goldschwartz, after losing everything when the real estate market crashed. One of his estranged employees, Jojo Romeo, joined The Relegance Group, and the "real estate queen" of Orange County works alongside four other energetic agents: Spyro Kemble, Kylie McCollough, Kacey Taormina, and Eliisa Stowell. Now they and their firms are determined to come out on top in O.C.'s high-end, cutthroat real estate market.

As we get to know these agencies, we'll see breathtaking listings, meet unforgettable clients, and experience lots and lots of drama along the way, because what age-old feud doesn't have that?

Get ready for the series premiere of Real Estate Wars on Thursday, October 5 at 10/9c by checking out the supertease above, and another special sneak peek, below. 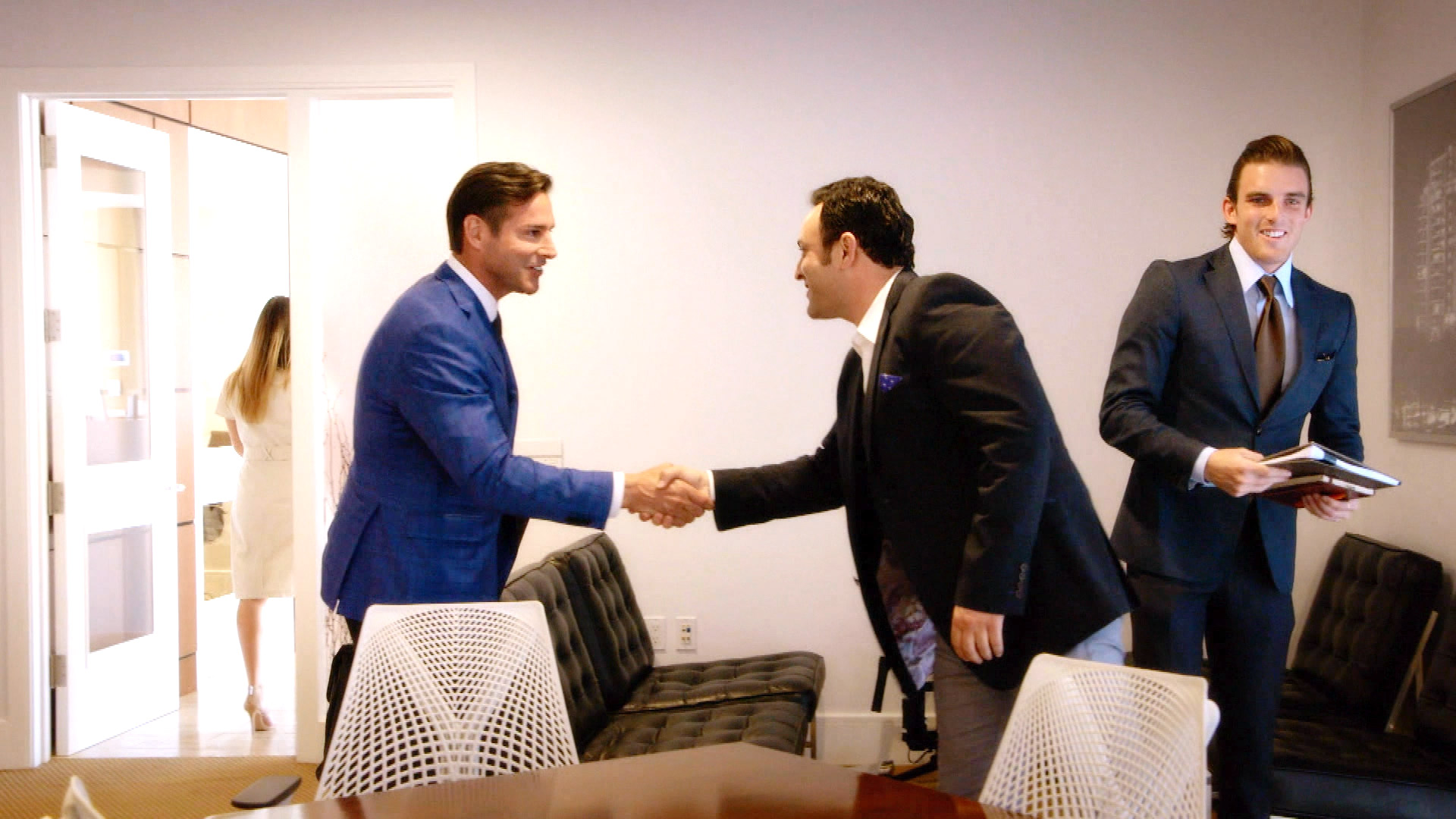 Which OC Home Do the Real Housewives Love Most?