Sign Up for Free to View
After Show: Paige DeSorbo Chooses Between Bravo Men 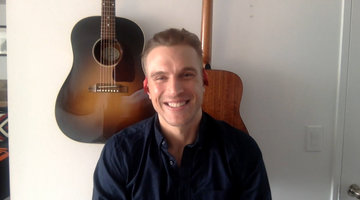 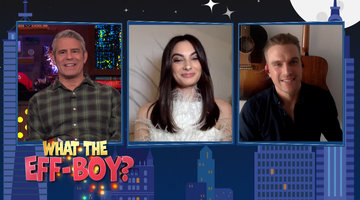 Several weeks after Hannah Berner announced her engagement to boyfriend Des Bishop, her BFF Paige DeSorbo is weighing in on their relationship. The Summer House cast member opened up about how she feels about the duo’s whirlwind romance during her latest appearance on Watch What Happens Live with Andy Cohen.

In the March 25 episode of WWHL, Paige revealed that she had a strong inkling from early on that Hannah and Des were in it for the long haul. The couple, who started dating in July, got engaged on Valentine’s Day, with Hannah taking to Instagram to confirm the happy news earlier this month.

“I knew from the moment that she started talking to Des on the phone for four hours a night that that was the man she was going to marry,” Paige said when asked how she felt about the couple’s speedy engagement. “So I think it’s very in line with how it went. “

Paige also shared what side she falls on in this season’s drama between Hannah and fellow cast mates, Kyle Cooke and Amanda Batula. Check out what she had to say in the video above.

Life is better as an Insider
Bravo Insider is your VIP pass to never-before-seen content, exclusive giveaways, and so much more!
Sign Up for Free
All Posts About
Hannah Berner
Paige DeSorbo
Summer House
Related

Now We Know How Luke Feels About Hannah's Engagement

Paige Reveals Lindsay and Danielle Argued About this Party

Andy Cohen Reveals How "Excellent" Season 13 of RHONJ Is