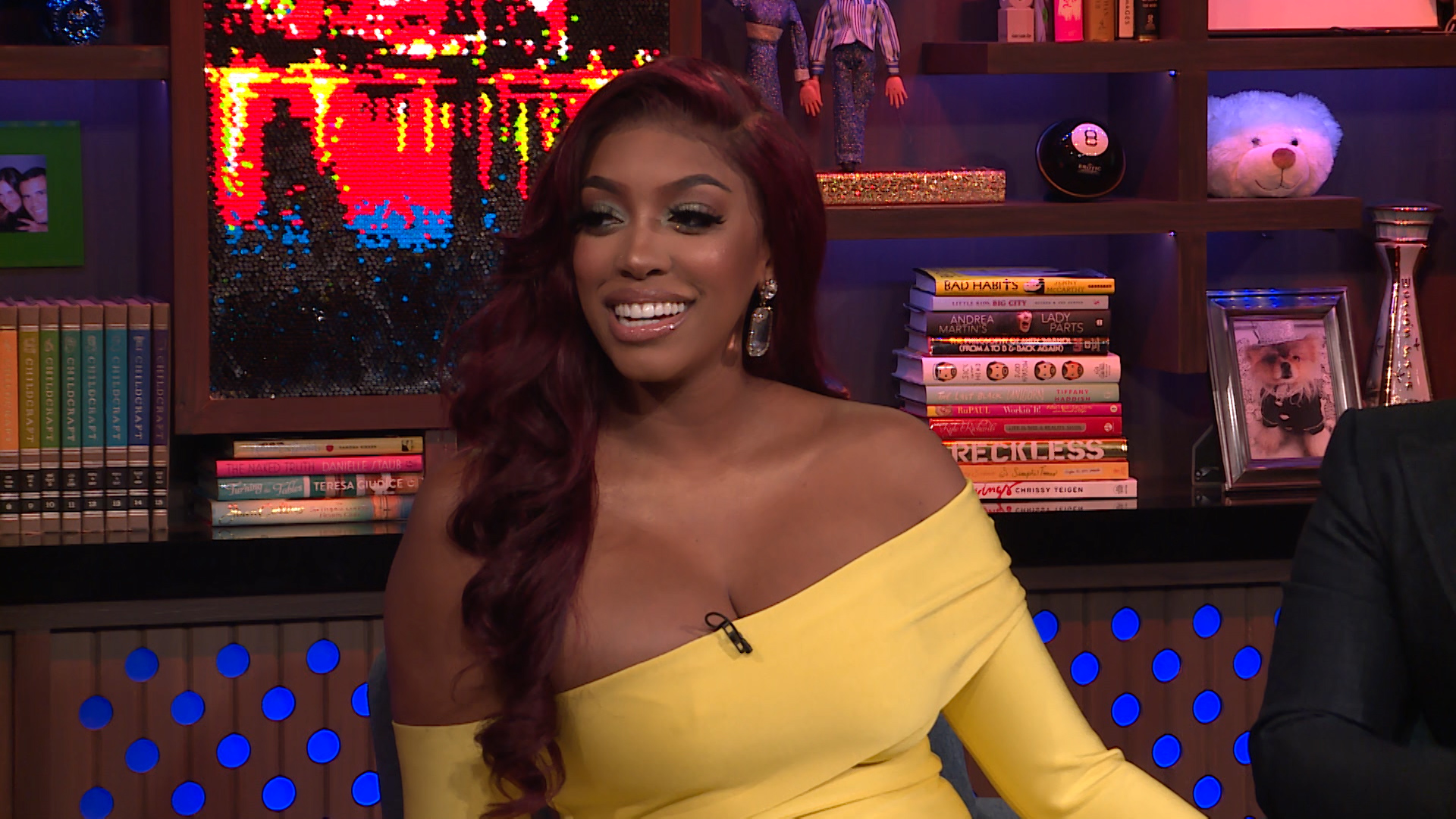 Porsha Williams and her fiancé, Dennis McKinley, are definitely well on their way to their fairytale ending. The Real Housewives of Atlanta mom-to-be is expecting their first child, a baby girl, and they are also prepping to get married. But all the happiness has been met with some gossip.

Porsha sat down in the Watch What Happens Live with Andy Cohen Clubhouse on Sunday and opened up about the rumors that Kandi Burruss has heard about Porsha's fiancé, which the pregnant radio host confronted with plenty of sass. Porsha shared where she stands with the singer currently, and she wasn't holding back, as you can see in the video above.

Porsha then opened up even more about all the hot tea that's being spilled by Kandi regarding her relationship with Dennis, in the clip below, noting she thinks that Kandi is "a little bit obsessed with us."

After Show
After Show: Is Kandi Obsessed with Porsha & Dennis? 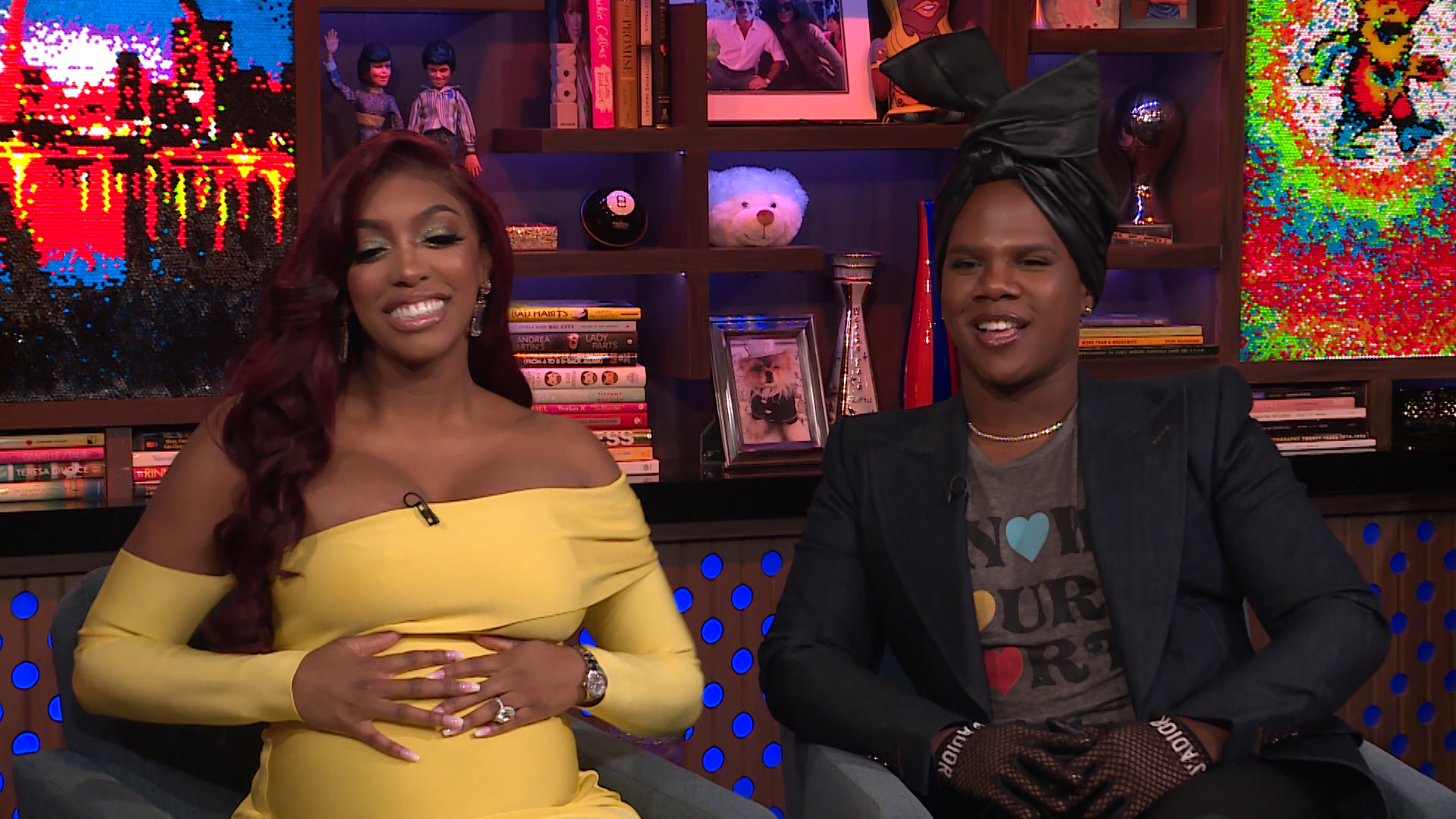 When Kandi dropped by The Daily Dish HQ recently, she elaborated a bit more about where she sees Porsha and Dennis going in the future in the wake of all that gossip regarding Porsha's man's past relationships. "Obviously, there's something there [in terms of their chemistry]; they're having a family together. Right now, I'm just wishing them the best [and that] everything works out with them as a family," she said.

Kandi then shared her reaction to Porsha and Dennis moving toward their happily ever after at the pace that they did: "I mean, yeah, of course [it was a little surprising], but at the same time, we all knew that she wanted to have children as well. That was something that her and Kenya [Moore] have in common — that they both wanted children. And so, I guess, it's not so surprising. But, I guess, it's surprising when you just meet somebody. At the end of the day, it's like, this is the choice that she's making and it's a new relationship, so it's what they make it."

Kandi then noted she's ready to move past that drama and that the entire RHOA crew supports Porsha through her first pregnancy and is hoping for the best for the pair.

Stay tuned to see where things twist and turn for Kandi and Porsha next every Sunday at 8/7c. Check out a preview, below. 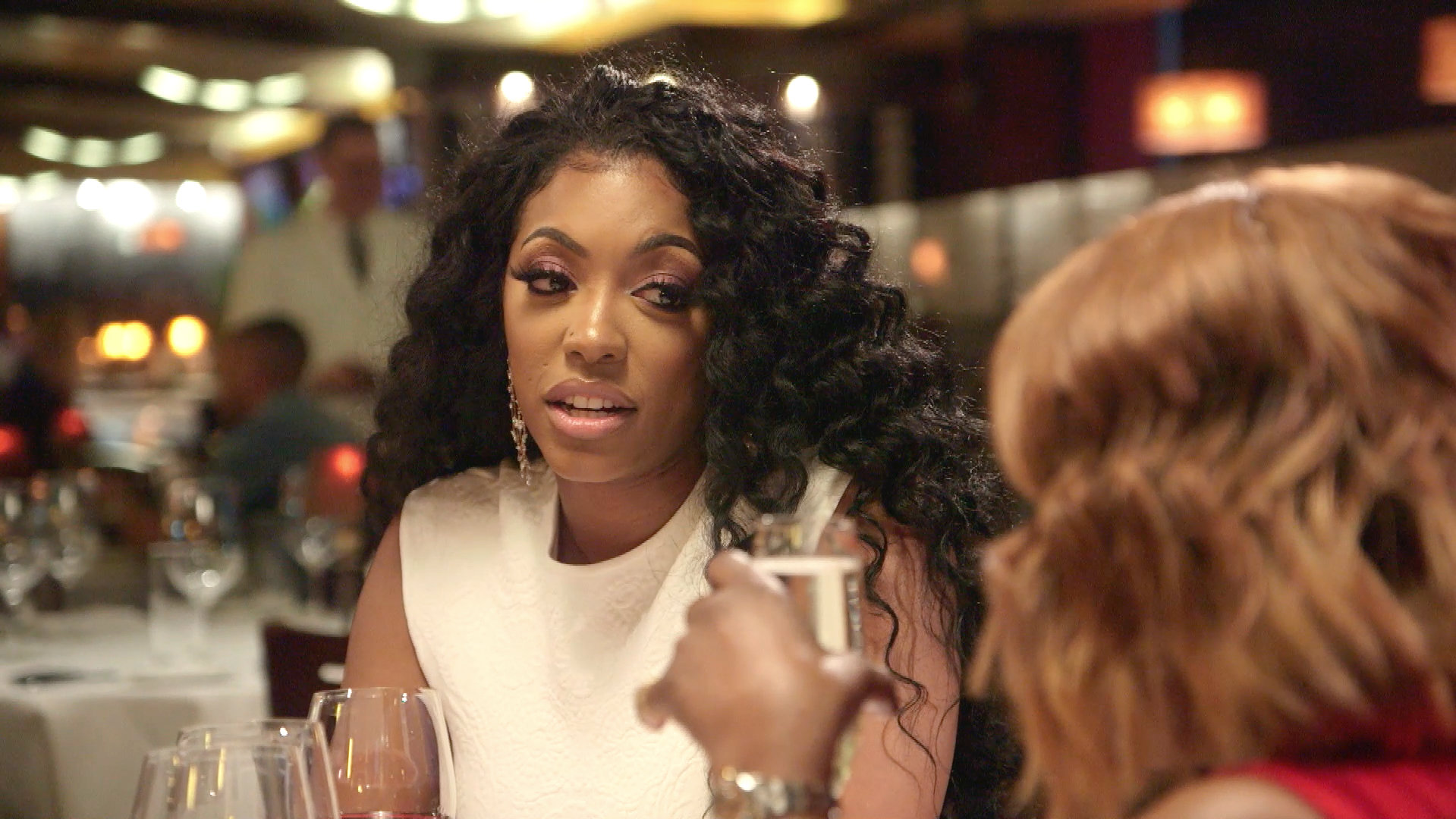 Porsha Revealed the Gender Of Her Baby

Porsha Williams Shares a Video of Her Ultrasound