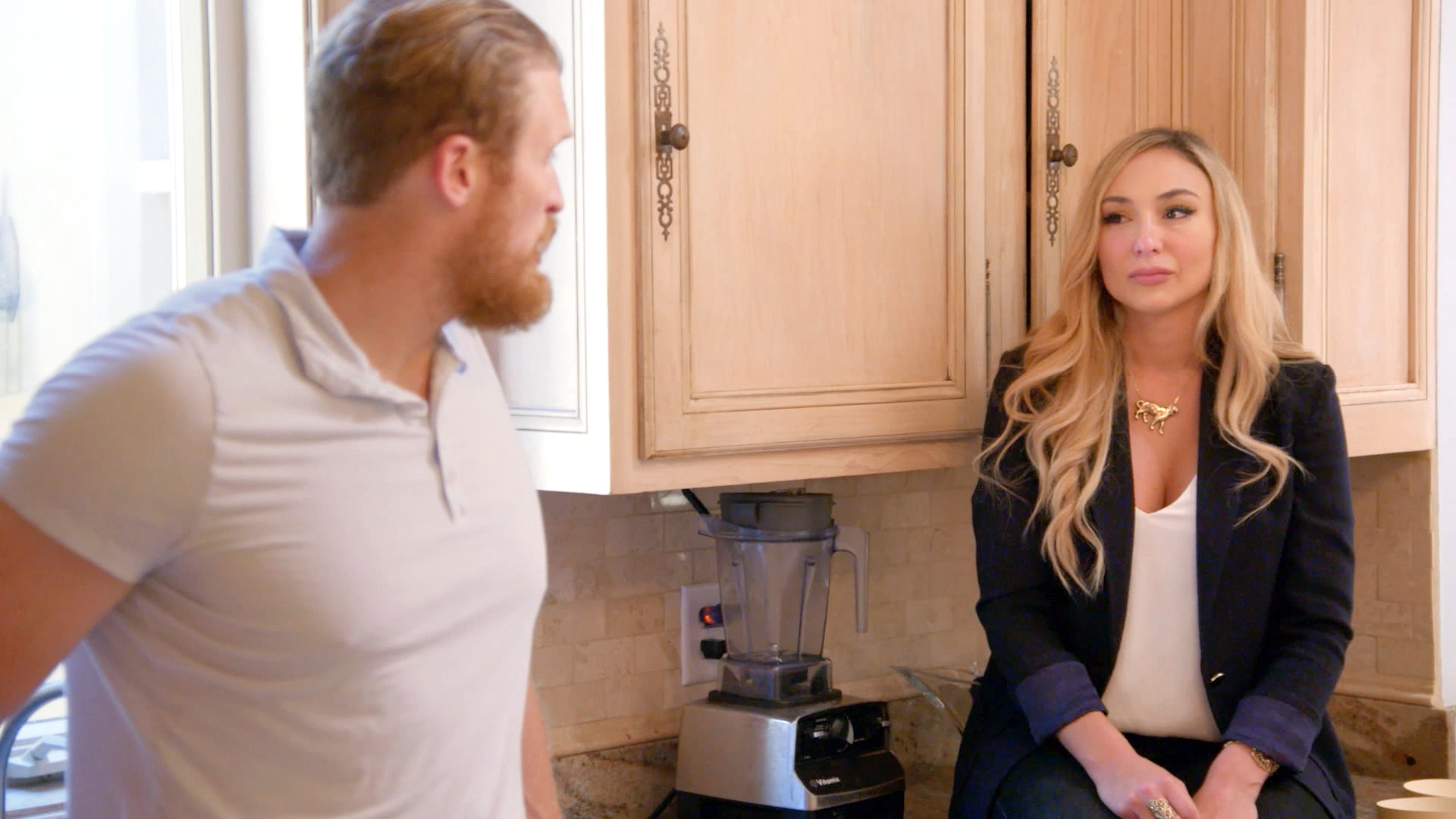 There was no shortage of major changes among the Southern Charm New Orleans crew when Season 2 premiered Sunday night, but probably the biggest of them all was the news that Reagan Charleston and Jeff Charleston had decided to end their marriage after six years.

This seemed to come as a shock to both Reagan and Jeff's friends and fans of Southern Charm New Orleans alike. Though Reagan and Jeff had been open about the issues in their marriage in the past, to many, it didn't seem like they were on the brink of divorce.

Reagan explained on Twitter during the Season 2 premiere why the couple hadn't been so open about the severity of the problems in their relationship. "I didn’t talk about how messed up our marriage was because it was embarrassing and I didn’t know what to do," Reagan tweeted. "I wasn’t happy. [Jeff] wasn’t happy. It was constant volatility and turbulence at home. We were miserable."

I didn’t talk about how messed up our marriage was because it was embarrassing and I didn’t know what to do. I wasn’t happy. @jefecharleston wasn’t happy. It was constant volatility and turbulence at home. We were miserable. #SouthernCharmNOLA

She also took the opportunity to clap back at those who thought the couple had suffered some financial hardships during their marriage after the drama between Jeff and his family. "And to the imbeciles saying I left [because] of what happened with [Jeff's] mom and saying it had to do with [money] — we never had financial problems," she said. "Our house was paid off. I have a successful business. I was finishing law school. I have a super supportive fam."

And to the imbeciles saying I left bc of what happened with @jefecharleston mom and saying it had to do with $ — we never had financial problems. Our house was paid off. I have a successful business. I was finishing law school. I have a super supportive fam. #SouthernCharmNOLA

Reagan also confirmed on Twitter there was "no cheating" in their relationship.

Reagan and Jeff separated five months after the Southern Charm New Orleans Season 1 finale was filmed. When we caught up with them in the Season 2 premiere, about a year after they separated, they were nearing the day their divorce would officially be finalized.

Both Reagan and Jeff agreed that "the constant fighting" in their relationship, coupled with Jeff experiencing "mood swings" and "anger" as a result of brain damage from his time in the NFL, drove them to realize divorce would be the best option.

Still, Reagan and Jeff remained on good terms and showed a commitment to maintaining a close friendship after their split. "I was just so happy to see [Jeff] looking [and] feeling good," Reagan tweeted while reacting to the episode on Twitter.

I was just so happy to see @jefecharleston looking & feeling good. #SouthernCharmNOLA

Their post-breakup camaraderie was something that confused Tamica Lee but also made her curious to know more about what was really going on in Reagan and Jeff's relationship during the episode. "More to the story," Tamica tweeted. "This breakup was hard for me. [Reagan and Jeff are] our best friends. That’s why I’m so emotional."

More to the story. This breakup was hard for me. @ReaganNola & @jefecharleston our best friends. That’s why I’m so emotional. #SouthernCharmNOLA

Reagan had a message for anyone still questioning her split from Jeff on Twitter. "For so many years, I hid what I was going through at home [and] what I was feeling. When I stopped hiding my problems, happiness found me," she shared. "Don’t stay in a sad/bad situation [because] other people don’t understand. Life is too short [and] you will miss out on the great stuff!"

For so many years, I hid what I was going through at home & what I was feeling. When I stopped hiding my problems, happiness found me. Don’t stay in a sad/bad situation bc other people don’t understand. Life is too short & you will miss out on the great stuff! #southerncharmNola pic.twitter.com/UaOJ3gU7fE

After Reagan and Jeff's divorce became final, she began a new chapter with Reece Thomas, who she previously dated before Jeff more than 10 years ago. Reagan and Reece tied the knot and are expecting their first child, a baby girl, due June 18. “I immediately realized what I had in front of me — a second chance at love, at being happy, at a stable marriage, at having a family. I did not miss my chance to get on that boat,” Reagan told PEOPLE last month. “And yes, it wasn’t convention that I immediately was in another relationship after my divorce was finalized; I understand that. But when you know, you know. To stifle that or slow it down, it would have just felt like enormous regret.”

We'll see Reagan and Jeff navigate their new post-split relationship as this season of Southern Charm New Orleans continues Sundays at 9/8c. Check out a sneak peek of an all-new episode, below. 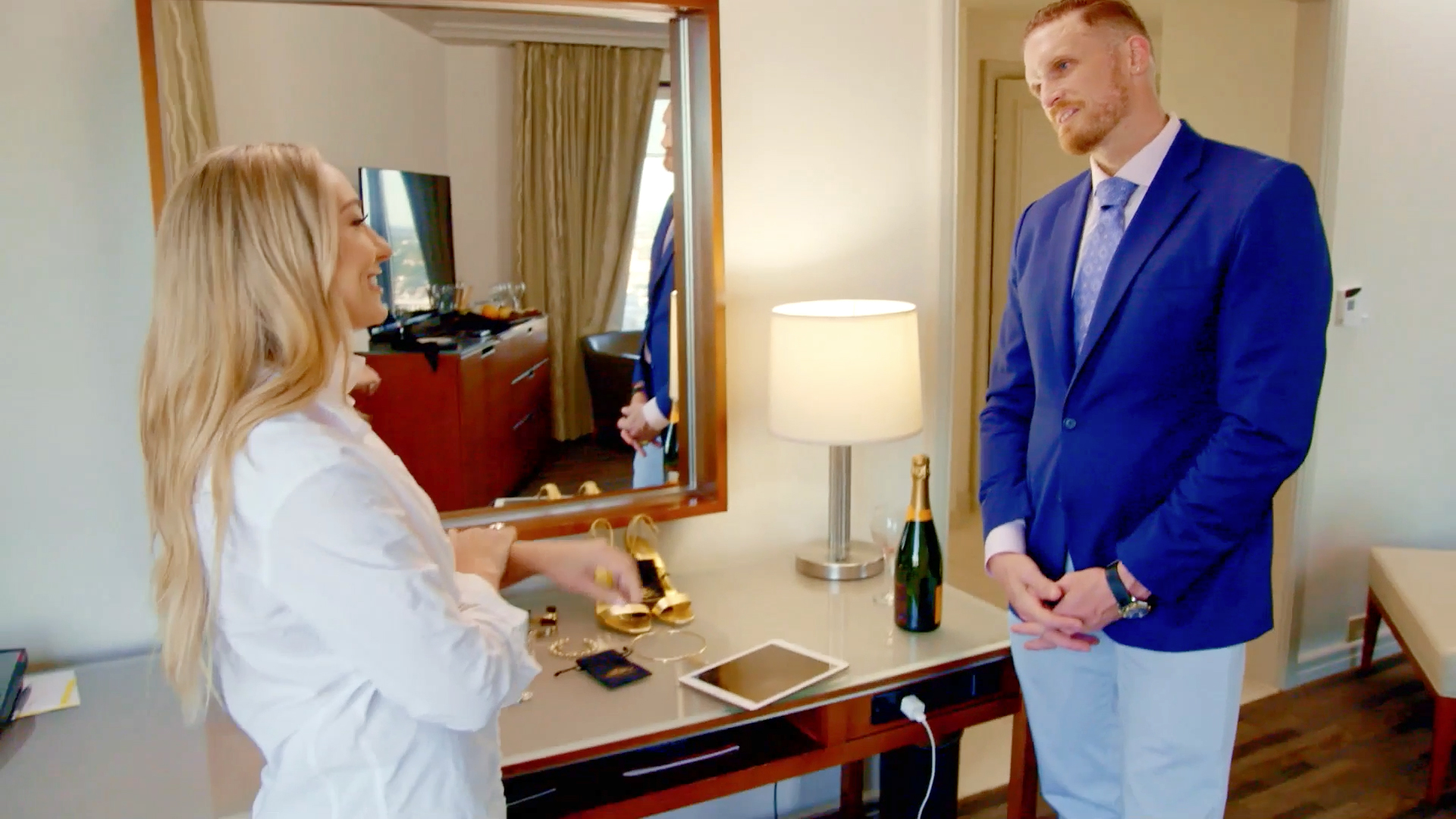 Reagan Charleston Has a Huge Announcement