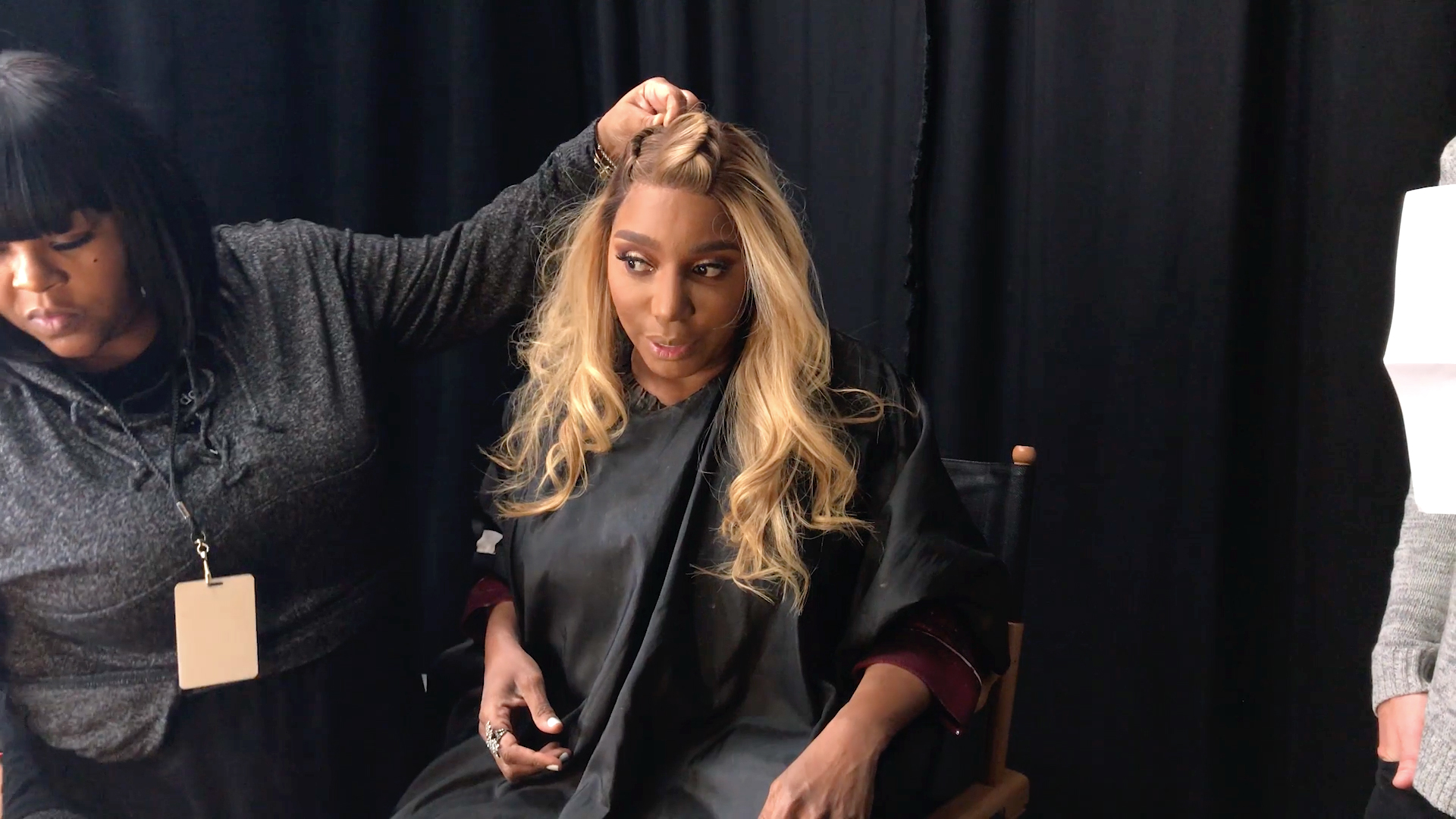 If you've been paying attention to The Real Housewives of Atlanta, you'll know that the tea from this season is hot and plentiful, especially after the ladies came face-to-face one more time at the reunion.

After talking about Porsha Williams' pregnancy and Kandi Burruss' surrogacy journey, emotions were already high before touching on the most dramatic moments of the season, including the explosive trips to Destin and Tokyo and Kenya Moore's appearance at Cynthia Bailey's beverage party.

But as exciting as the reunion was onscreen, just as much happened off-screen, as well! Luckily for you, we've got the inside scoop on everything that went down at the reunion taping, from how long it took to film the entire three-part series to which 'Wife wore Jovani (and no, there wasn't an appearance by Luann de Lesseps).

Keep scrolling to see eight behind-the-scenes secrets from the Season 11 Reunion of RHOA.

Dennis, Todd, Mike, and Ronnie were all backstage 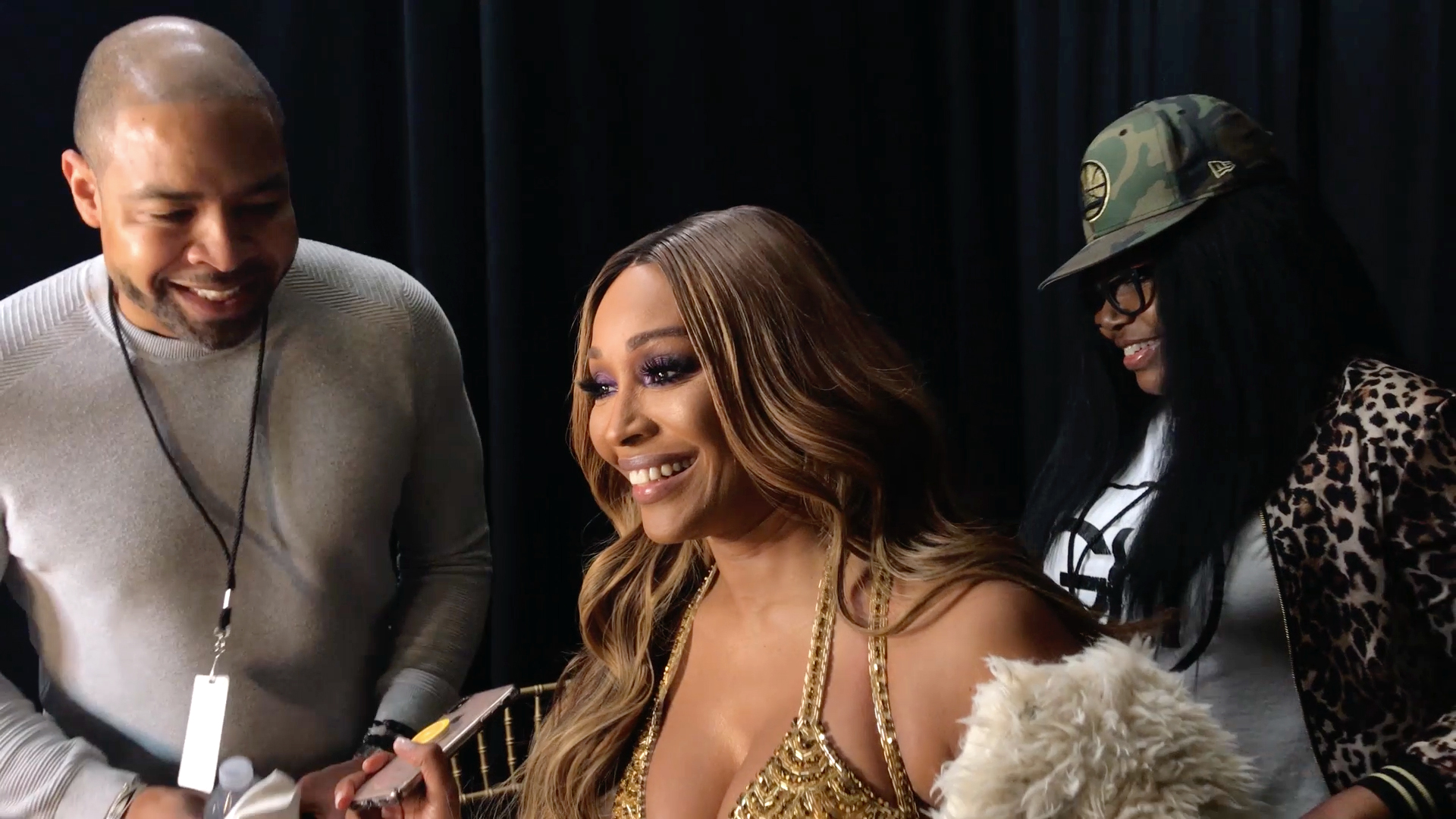 Let's hear it for the boys! The Georgia Peaches didn't come to this reunion alone; Dennis McKinley, Todd Tucker, Mike Hill, and Ronnie DeVoe were all backstage at the reunion supporting their leading ladies. Oh, and Mike made quite the hysterical cameo while Cynthia gave Porsha advice about motherhood — you're going to want to watch the clip above to see it for yourself. 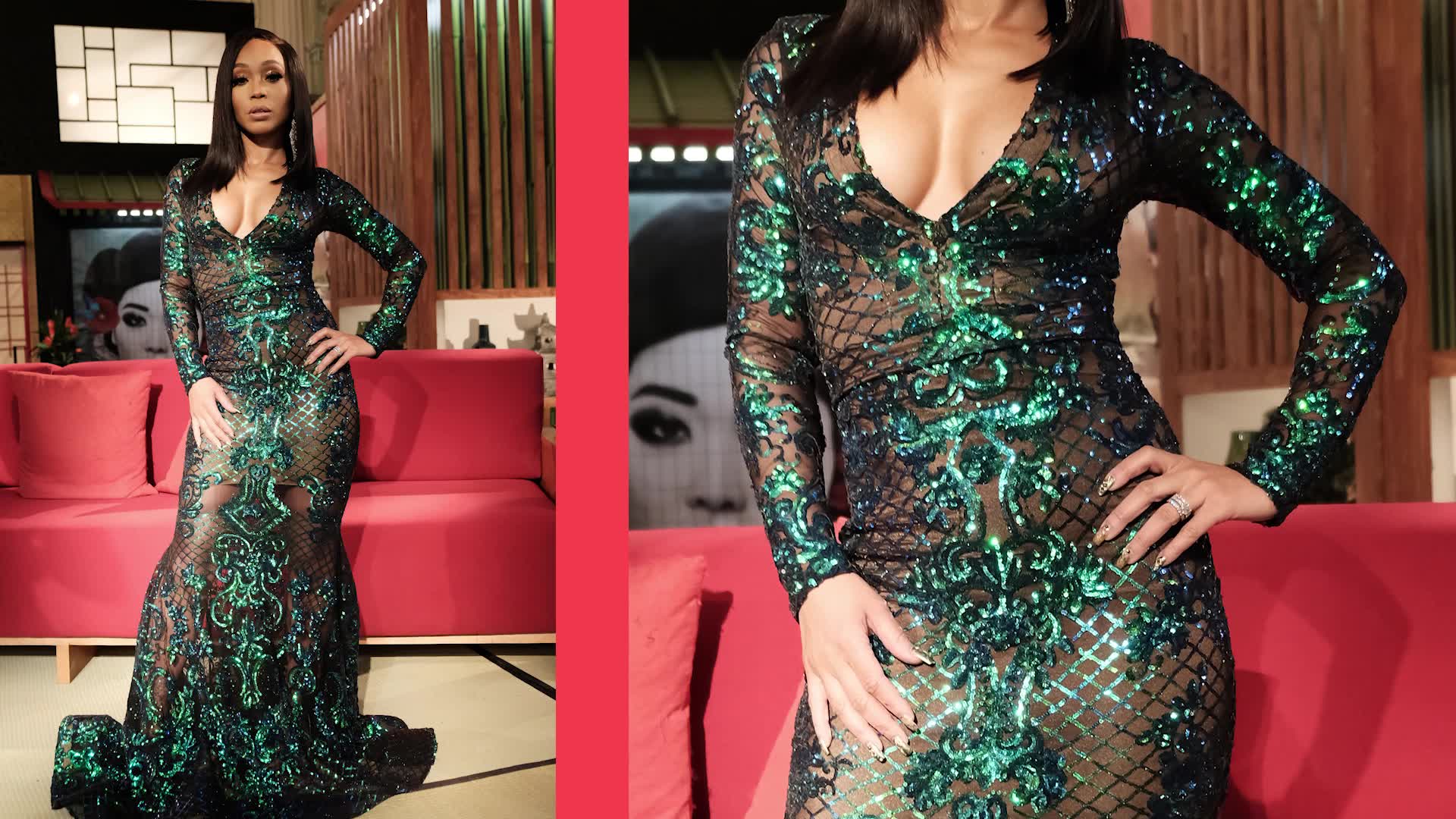 While we may never be sure if Dorinda Medley heckled Jovani on The Real Housewives of New York City, we do know that the designer has fans from another franchise! Since Cynthia has worn just about every possible trend at past reunions, she decided to take a simpler approach this time with this "understated" gold Jovani gown. Listen to her explain more about her reunion look in the clip above.

When the RHOA reunion was filmed, Porsha was nine months pregnant — just days away from welcoming Baby PJ into the world! So, in order to take her "pregnancy glam" look to the next level, Porsha paired her formfitting black dress with sparkly sneakers underneath! We already know statement sneaks are a favorite among Bravolebs, and Porsha is no different. Why sacrifice comfort for trends when you can have both?

The taping lasted for 10 hours

Digital Original
What Did the Atlanta Housewives Do After the Season 11 Reunion? 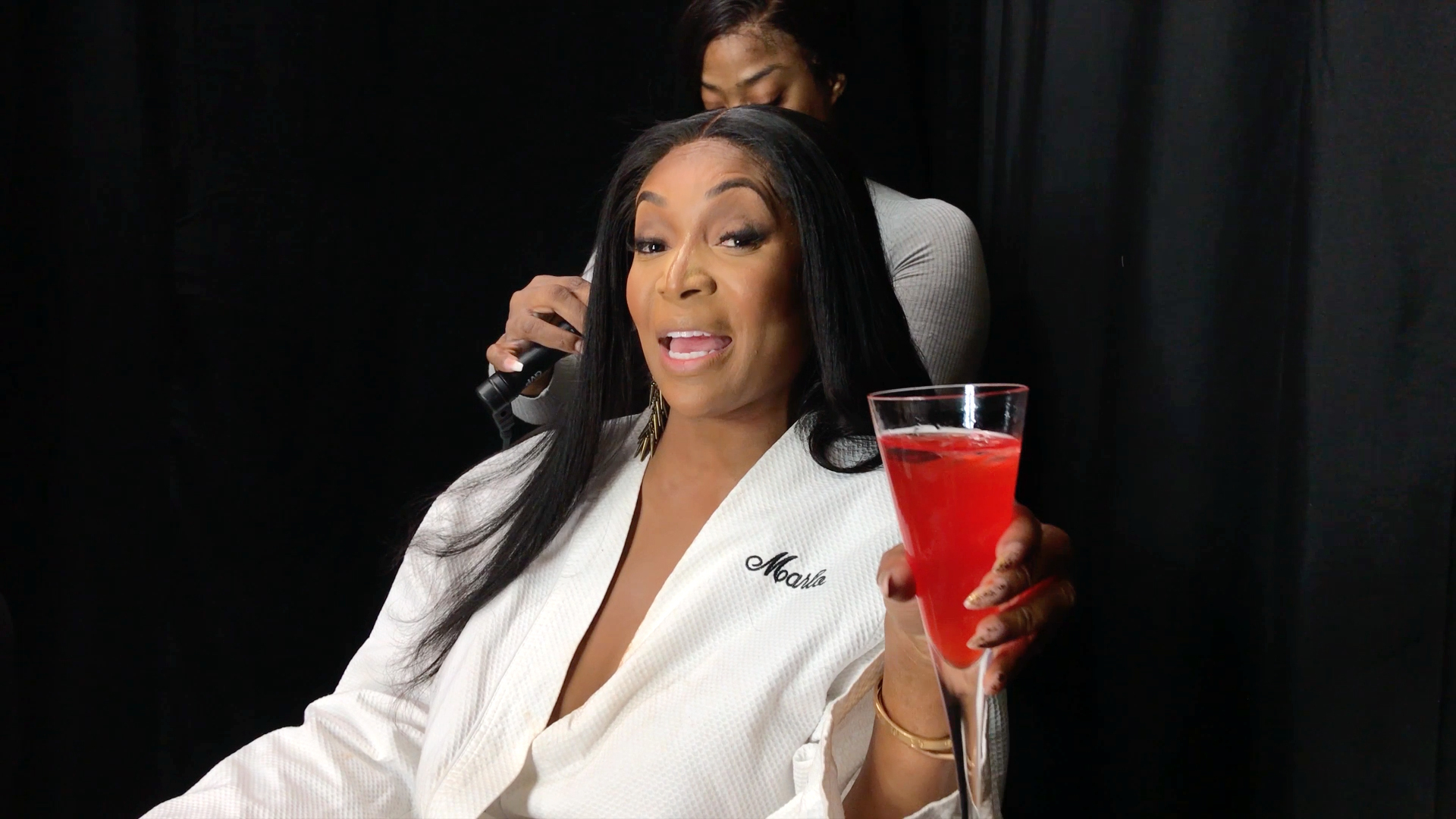 After such an explosive season, it's no surprise that the Georgia Peaches had a lot to discuss by the time they came face to face again — in fact, they had so much to talk about that the taping lasted for 10 hours! Wondering how the 'Wives recovered after such a long day?

Watch the clip above to see who went home to chill and who hopped on a plane to a tropical vacay.

Marlo Hampton called herself "the queen"

Digital Original
Do The Real Housewives of Atlanta Have Any Regrets About Season 11? 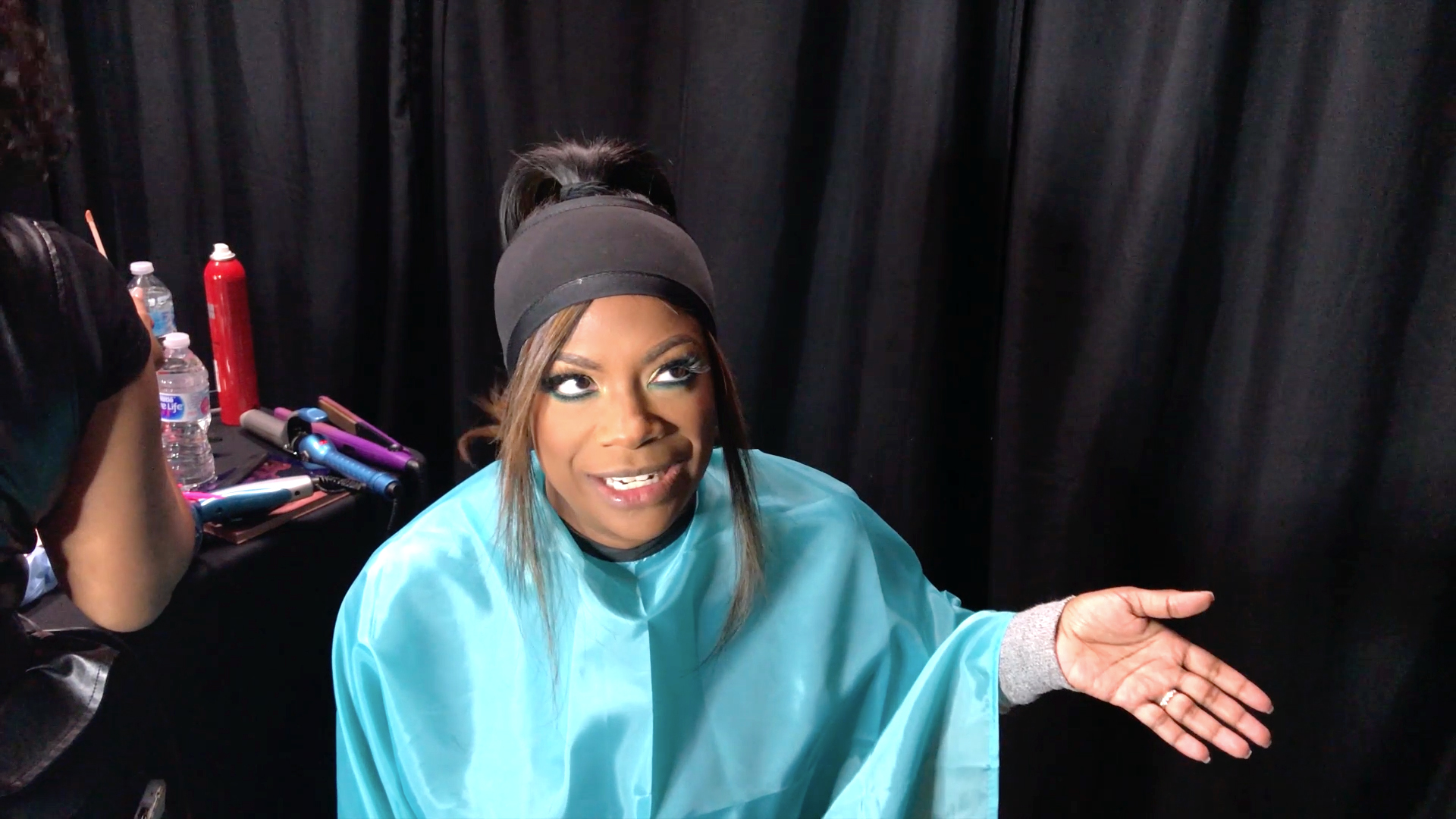 Calling yourself "the queen" in this group of ladies is a dangerous game to play, but Marlo Hampton wasn't afraid to make her thoughts known. When talking about regrets from this season, Marlo said she didn't have any — instead, she said was "excited to go on this couch and see who's trying to come for the queen." Listen to her dish more on her Season 11 experience in the video above.

Porsha was ready to get petty 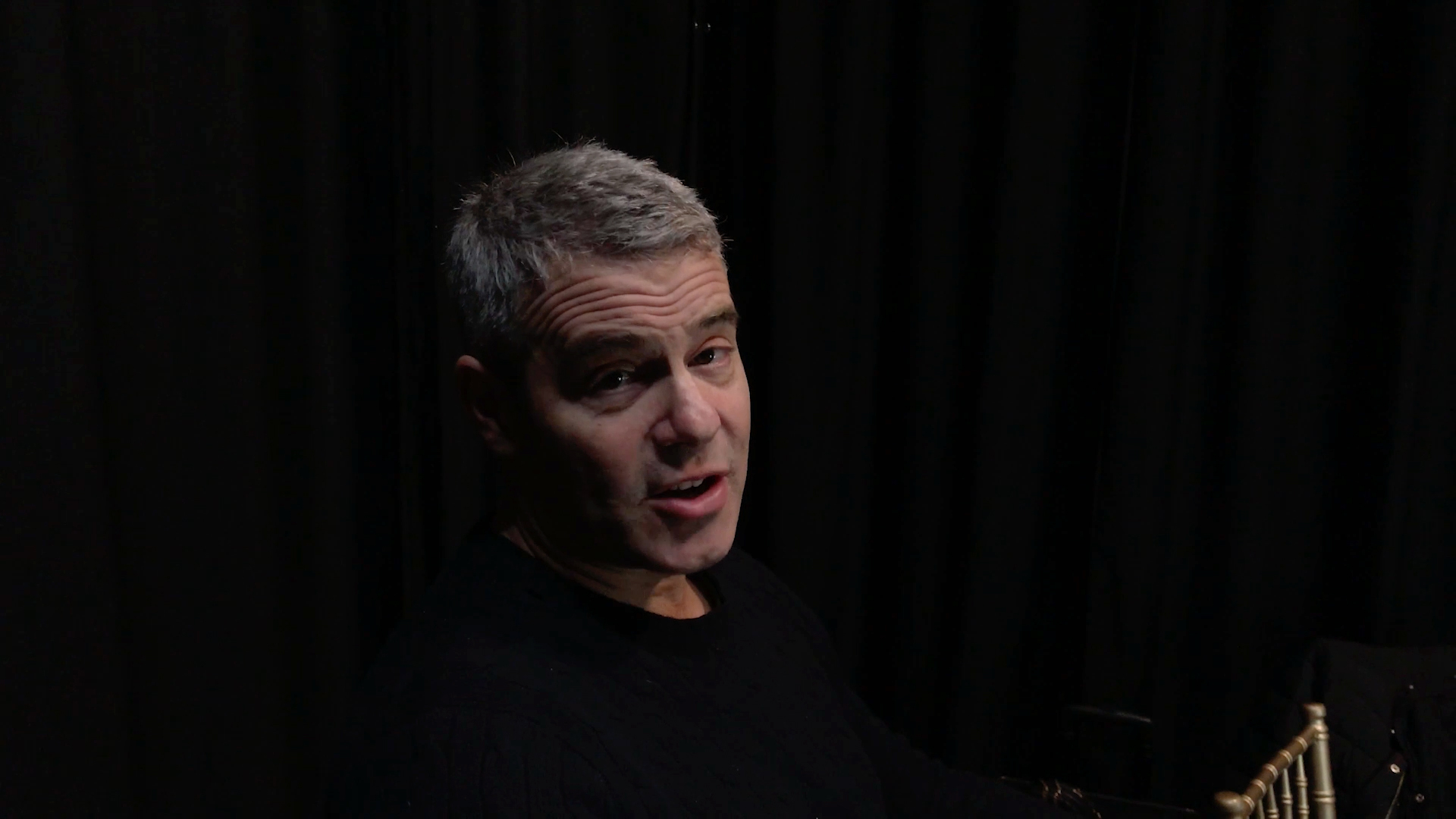 Petty P is in the building! While Porsha didn't have too many questions prepared for the ladies, she was ready to jump in on all the drama. "I'm just gonna chime in on everybody's s--t, just, really to be honest" she says in the clip above. "Petty P has definitely arrived!"

Tanya Sam had some advice for Andy

Digital Original
The Real Housewives of Atlanta Have an Important Message for Andy Cohen... 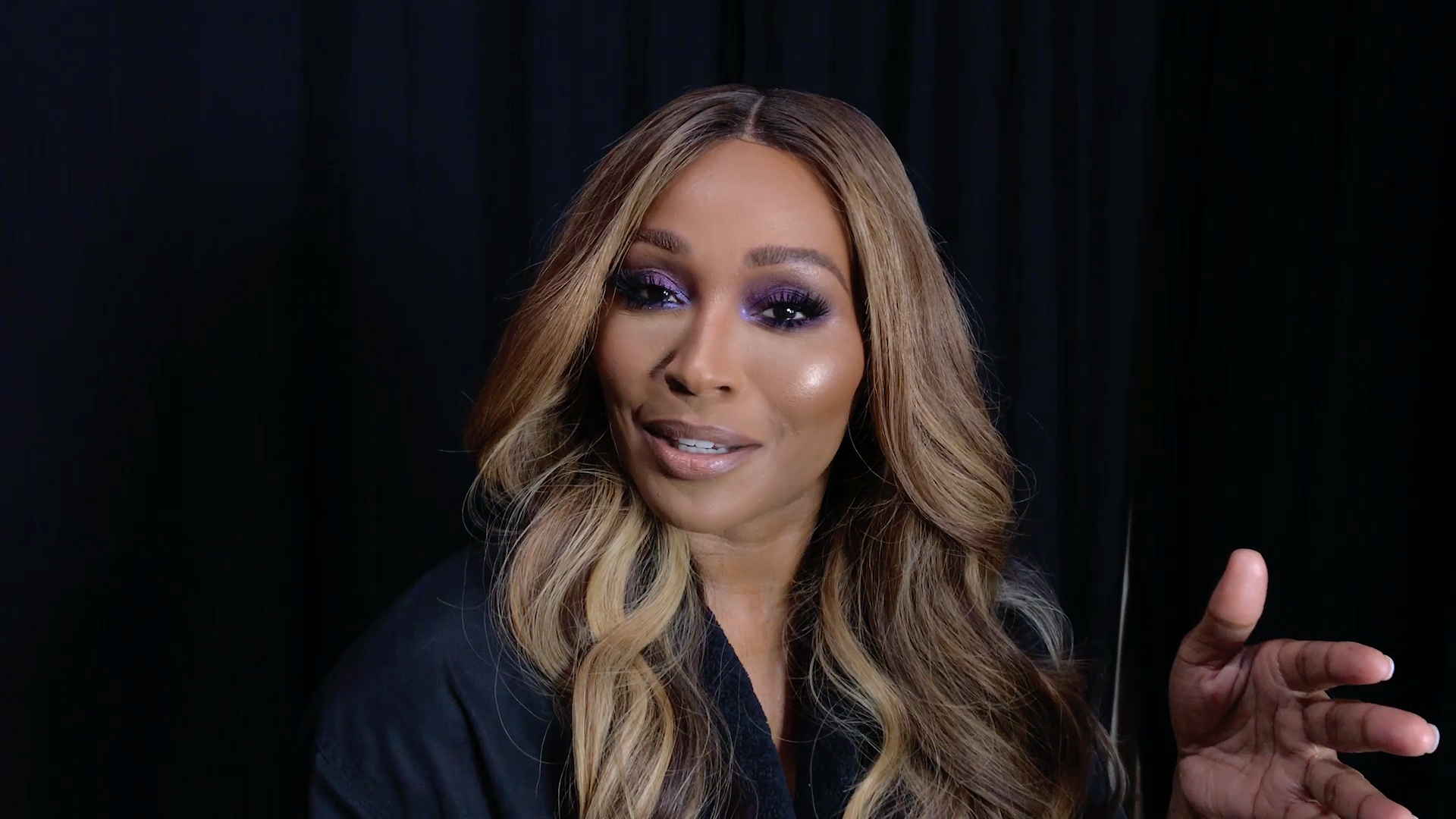 It's not uncommon for the 'Wives to offer words of encouragement to Andy Cohen to help him get through a reunion, but Tanya Sam had some pretty unique advice for the host, and it's all about her name. Press play on the clip above to see exactly what Tanya had to say.

Nene Leakes' son Brentt was at the taping

The Season 11 Reunion was a family affair. In addition to some of the 'Wives' husbands and boyfriends showing up for support, Nene Leakes' son Brentt Leakes hung out behind the scenes to support his mom.

And if you're sad this season has come to a close, never fear, because The Real Housewives of Atlanta: Porsha's Having a Baby special premieres next Sunday, April 28 at 8/7c. Catch an exclusive preview, below.