The Real Housewives of Orange County has definitely pushed the envelope this season, with talks of trains, threesomes, and more. However, the fun doesn't stop after the hour-long episode is up every week: The party continues with the RHOC After Show, in which the ladies discuss the episode. But they don't just give a recap: It seems that each week, we hear new revelations and never-before-shared private details from the ladies' lives.

Even if you've been keeping up with the After Show every week, it's possible you may have missed some of the crazy stories. After all, there is literally so. much. to. discuss. So, we've rounded up what just may be the wildest confessions captured on camera from Tamra Judge, Braunwyn Windham-Burke, Shannon Storms Beador, Kelly Dodd, Gina Kirschenheiter, and Emily Simpson. Check out our picks below... if you can get through all seven without having to first pick your jaw up off the floor, that is. 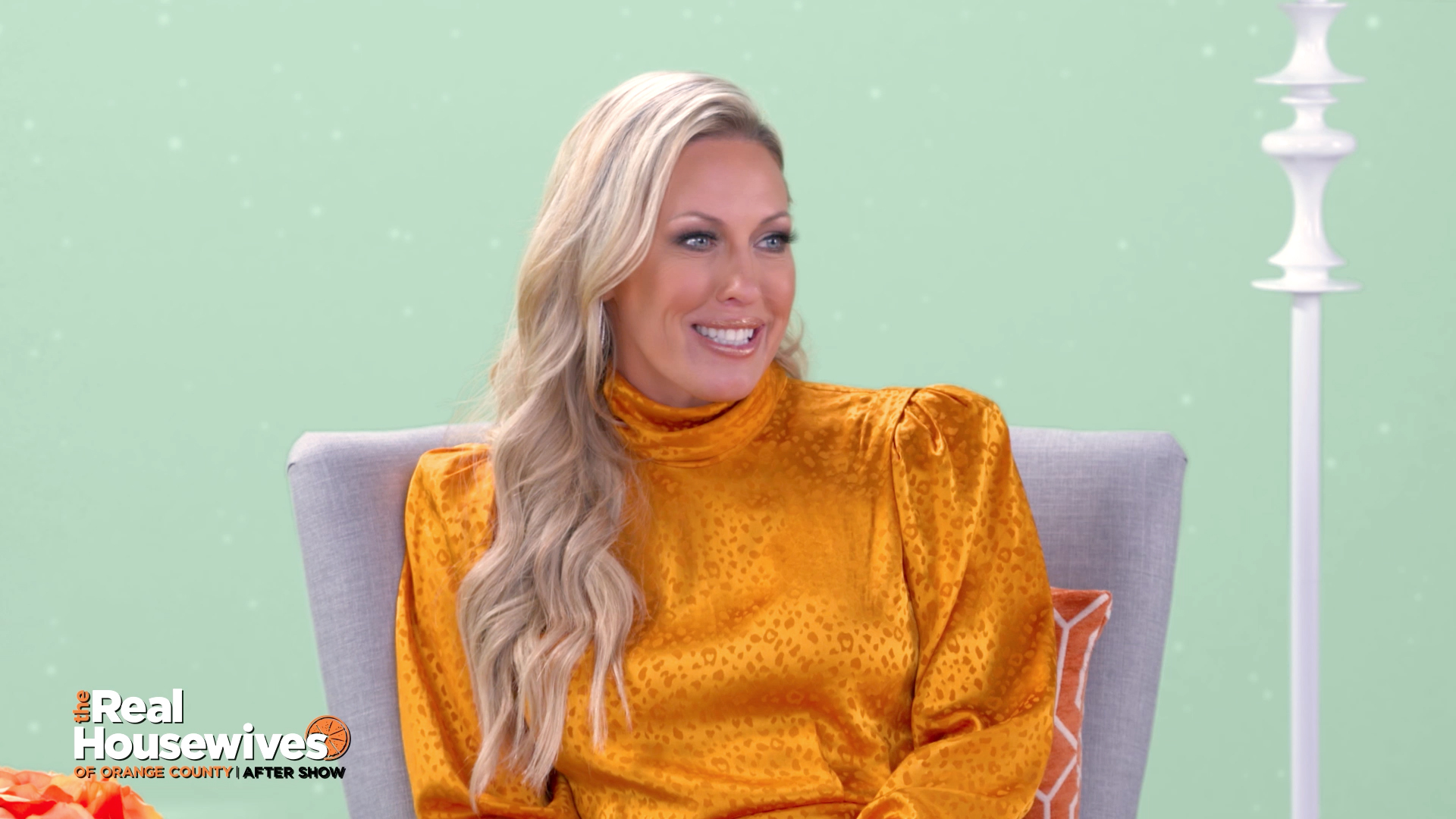 Yes, it was the bombshell heard 'round the world, when on the Miraval trip, the RHOC newbie and mom-of-seven revealed she and husband Sean Burke like to mark big birthdays by inviting a third party into their bedroom. However, not all the ladies were buying Braunwyn's story — and one even has a theory for why the couple has threesomes in the first place. Check out the speculation above. 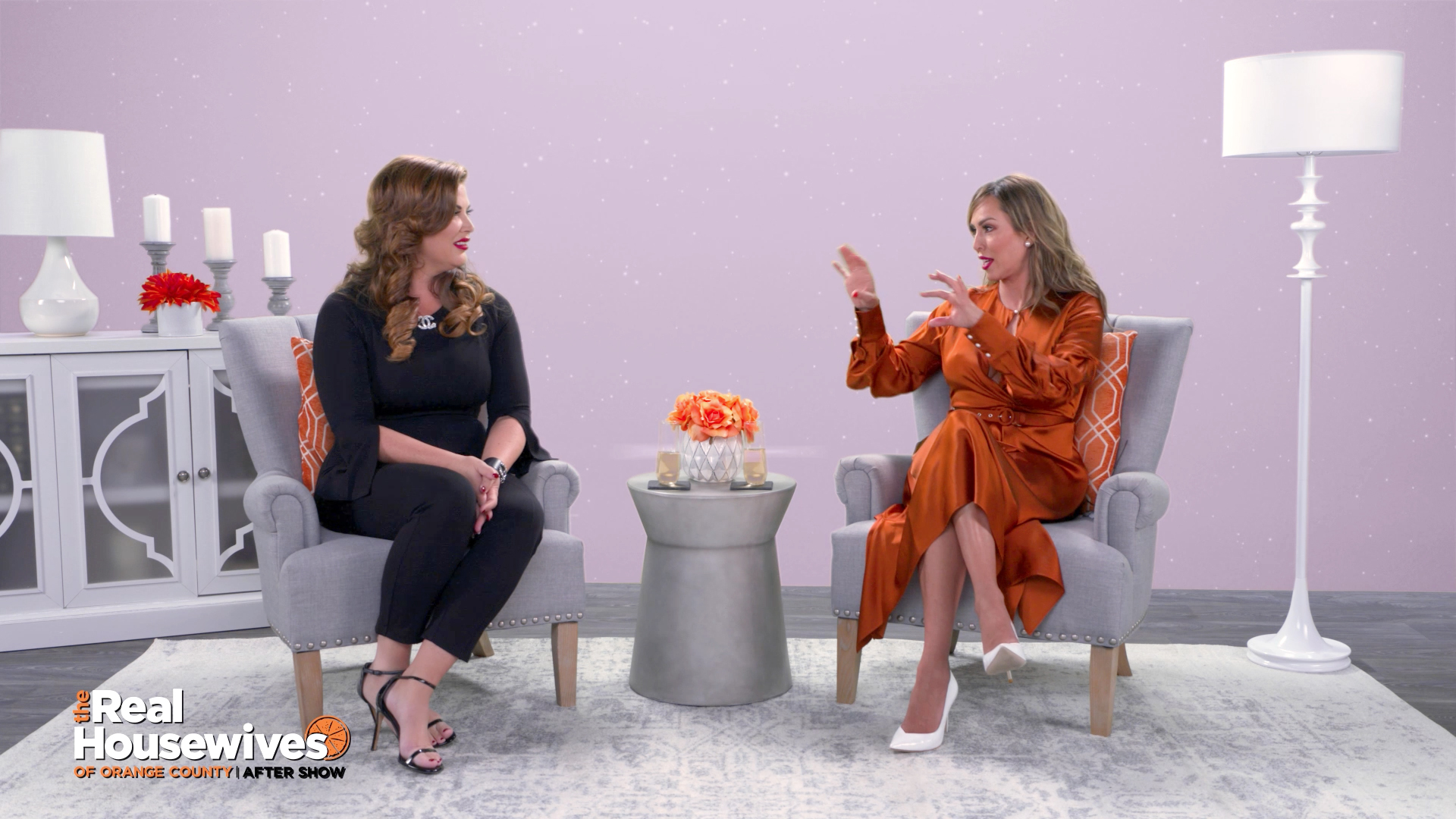 Revealing her penchant for threesomes wasn't the only craziness Braunwyn brought to Miraval. She also shocked some of the women by showing them how she was lactating at the dinner table. But one of the ladies had to see for herself: Kelly decided to try to milk her and see if she produced on demand. See the results in the clip.

3. Gina Kirschenheiter on the Bee Experience: "It Was Like Bee Erotica"

After Show
Gina Kirschenheiter on the Bee Experience: "It Was Like Bee Erotica" 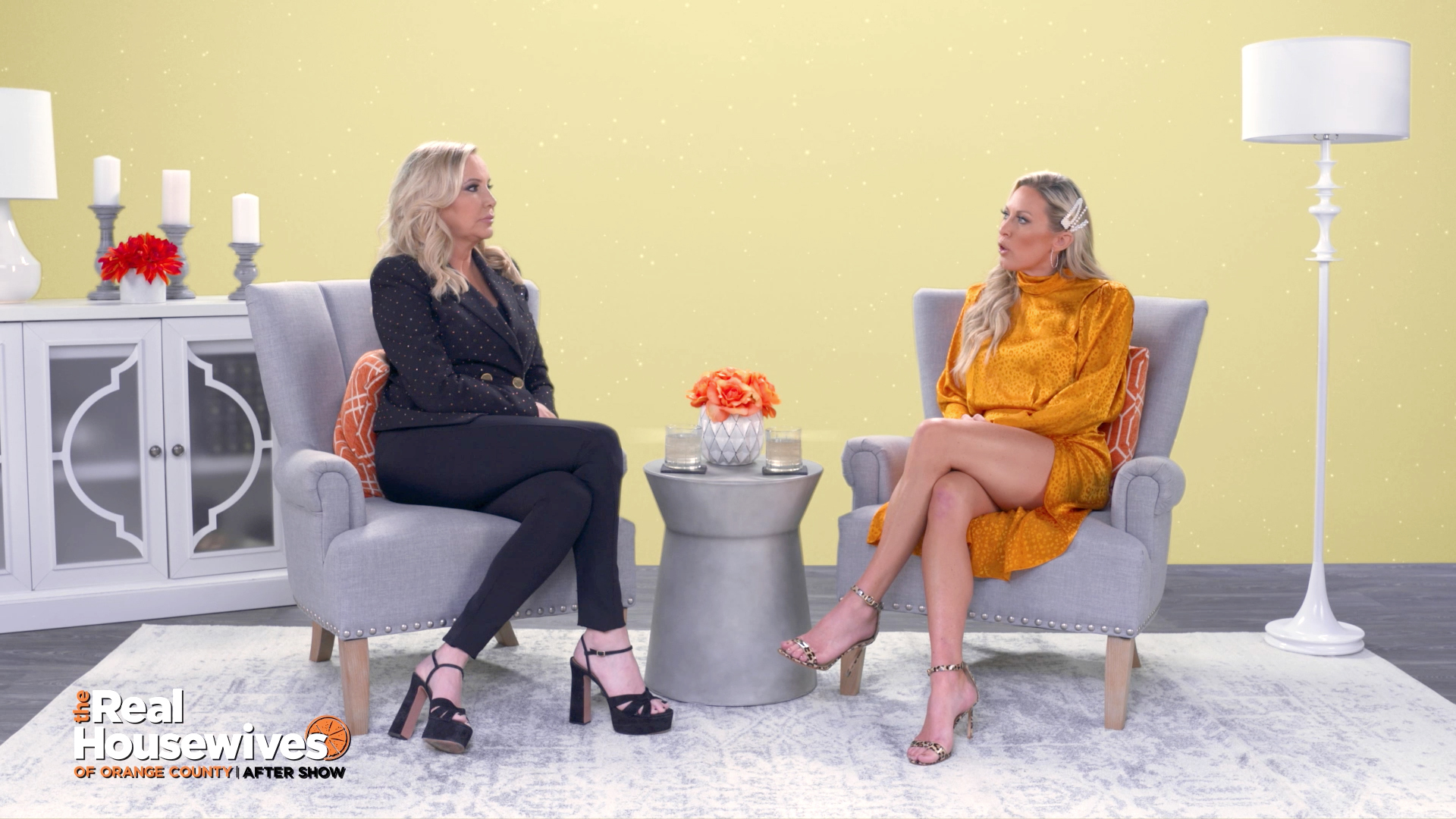 Also while on the Miraval trip (what exactly was it about the Miraval trip?!), while learning about how bees reproduce, the ladies felt like the beekeeper was just a tad too into the specifics. Still, that didn't stop them from trying to set Shannon up with him. See if it was a match made in heaven, above.

4. Does Braunwyn Windham-Burke Use the Love Shack for Threesomes?

After Show
Does Braunwyn Windham-Burke Use the Love Shack for Threesomes? 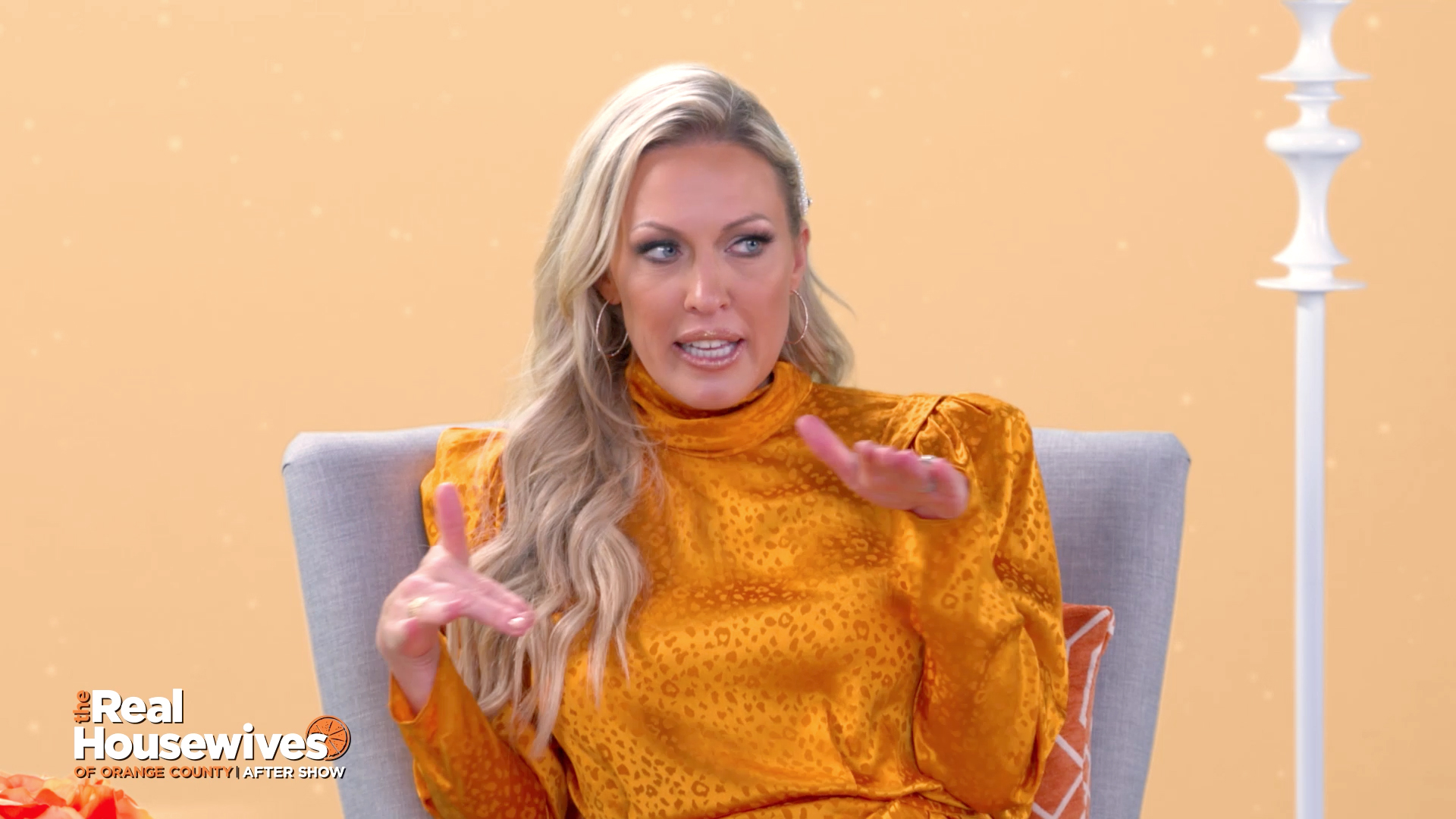 But back to Braunwyn and her threesomes: On the After Show, while discussing her "love shack," she was asked if she and Sean use the apartment for their wild nights when they invite another women into the fun. And... we'll just let Braunwyn explain.

After Show
Did the O-Shot Improve Shannon Beador's Sex Life? 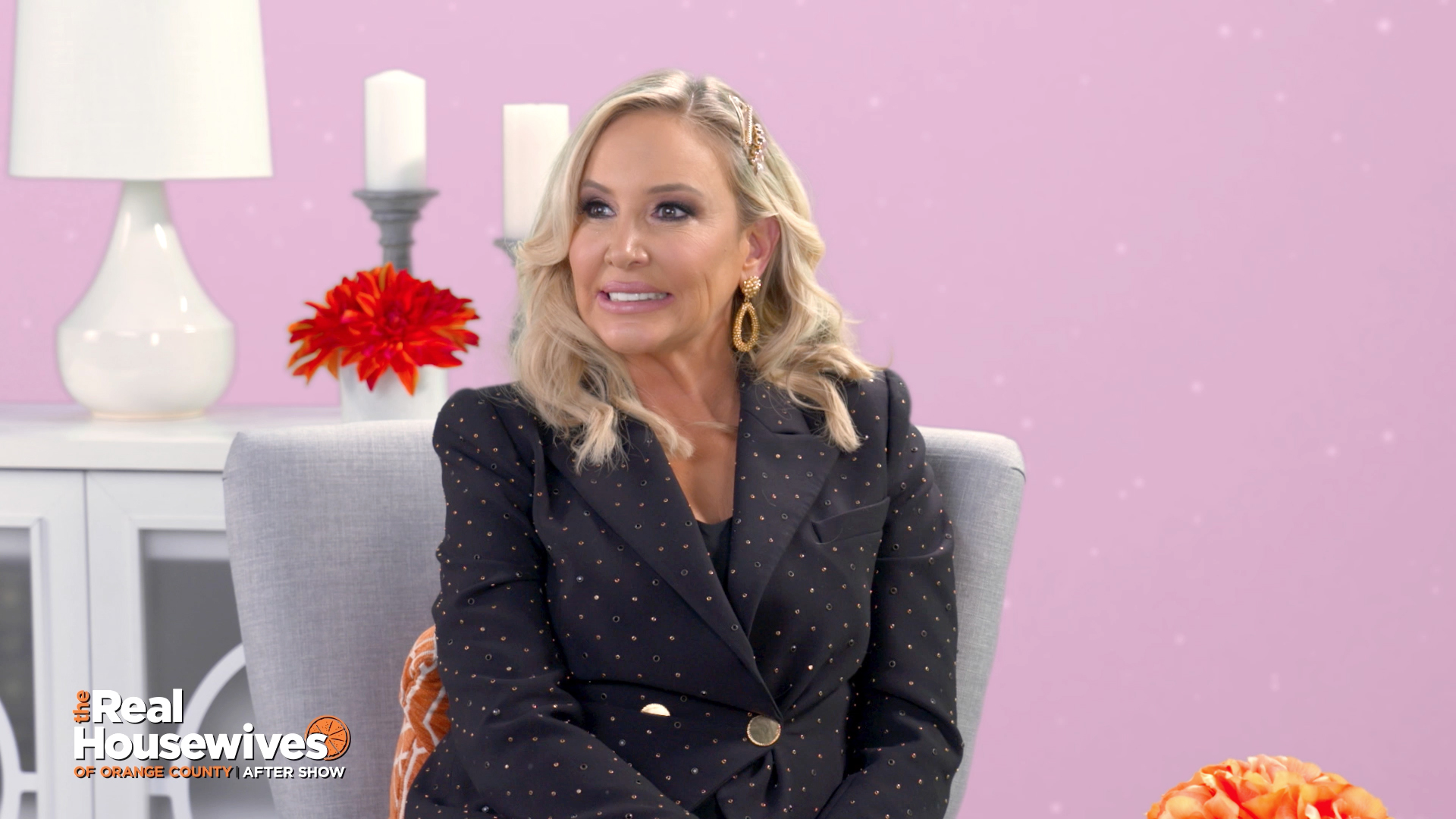 Shannon's all for trying unconventional, alternative medical treatments... even when it comes to a very sensitive area of her body. The RHOC cast member decided to give the O-shot a try this season to see if it improved her orgasms and her sex life. Well, did it? You'll be surprised by what she has to report. 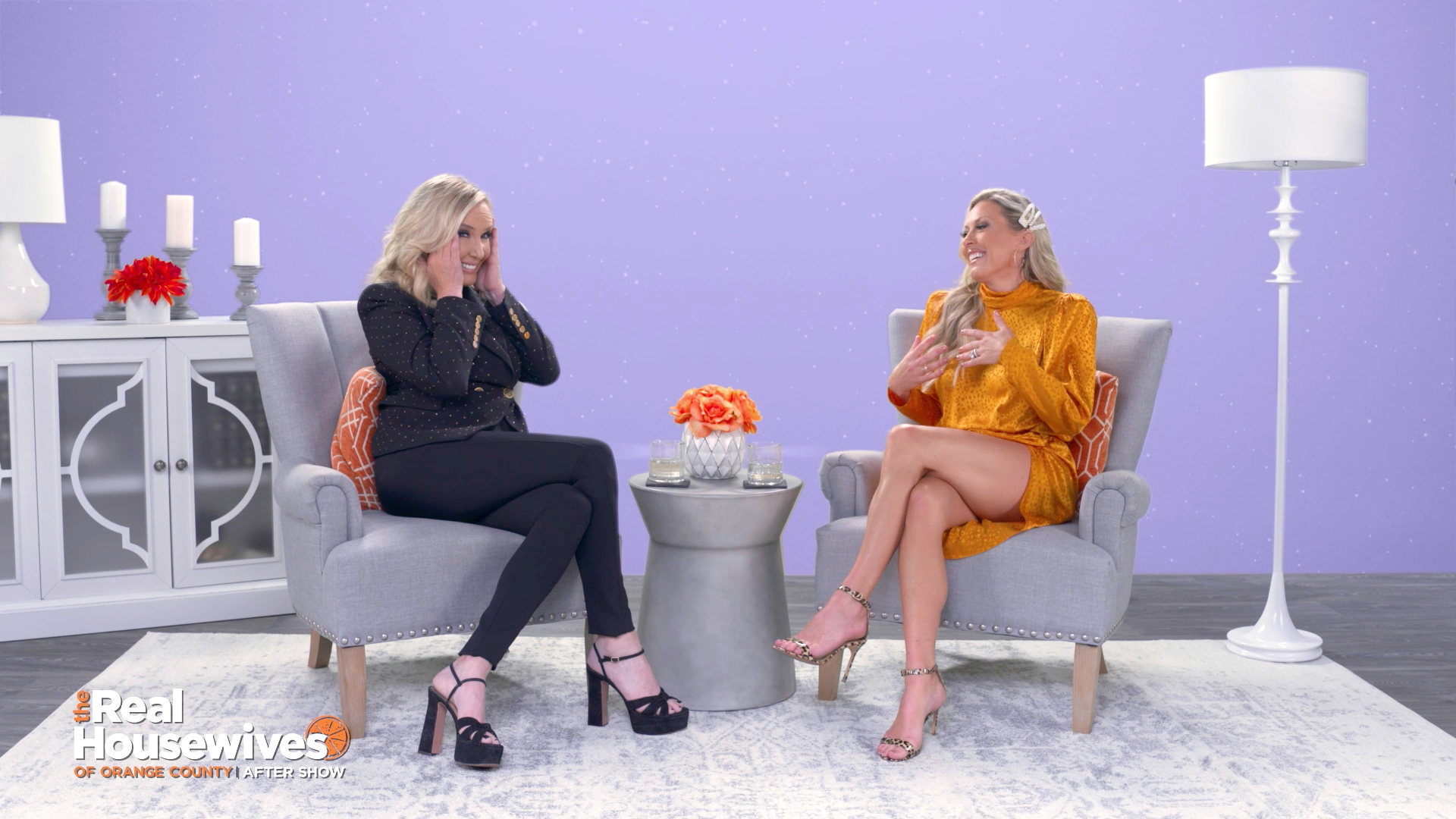 Even though they've been together for decades, Braunwyn dropped another bombshell on the After Show: She's more attracted to women than men... even though she's attracted to her husband. Has it always been this way? Would she have ended up with a woman instead of a man if she never met Sean? Would she date Tamra? Braunwyn definitely doesn't hold back...

7. Shannon Beador Learns Just How Sexy it Got Between Braunwyn Windham-Burke and Tamra Judge at Her Birthday 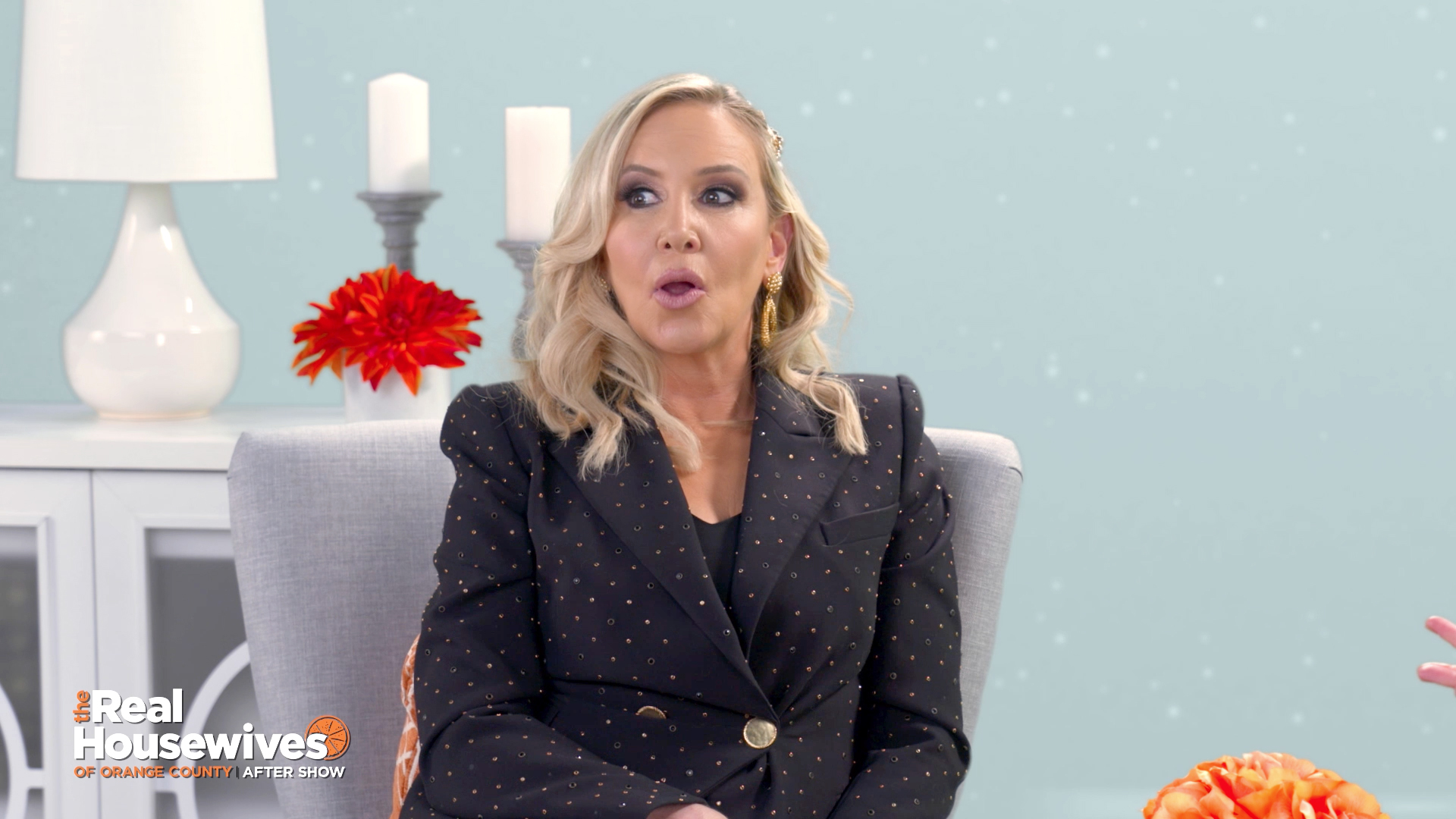 And speaking of Braunwyn and Tamra, the ladies recap exactly what went down at Shannon's birthday party, in which the two made up and were caught on top of one another at a banquet table. And Gina and Emily were personally not impressed... well, you have to hear what they have to say.

Braunwyn Windham-Burke Has Dealt with Infidelity