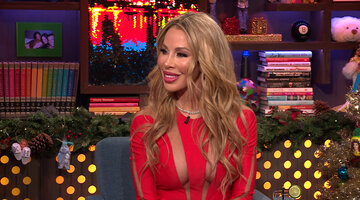 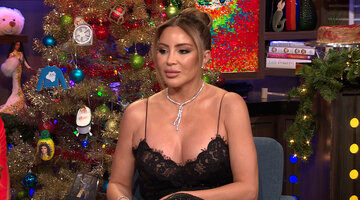 0:59
Show Highlight
Larsa Pippen Reveals that She and Lenny Had an Off-Camera Confrontation 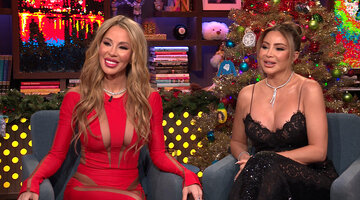 Consider this relationship to officially be hard launched!

After lots of speculation (and plenty of teasing with public outings!) The Real Housewives of Miami's Larsa Pippen has gone Instagram official with Marcus Jordan.

Though Michael and Scottie had to work closely with one another on the court, Larsa has assured fans that she didn't know Marcus (or his mom, Juanita Vanoy, or his siblings) when they were playing together.

Fast-forward more than a year after her split was finalized, and Larsa is now going public with Marcus.

The OnlyFans entrepreneur added her first photo with Marcus on her main Instagram grid on January 23. In the photo, Larsa and Marcus are holding hands while posing in front of a flower display designed to look like the back of Michael Jordan's Bulls jersey. Larsa tagged Trophy Room as the location, which is the high-end shoe store that Marcus owns.

"Checks over stripes," she wrote in the caption of her photo.

Larsa's Instagram confirmation comes less than two months after she opened up to The Daily Dish about the benefits of being single.

"I'm dating. This is, like, the first time I feel like I’m grown. You know, I always felt like I needed to be with someone, and I feel like this is the first time where I’m just happy and working on my brands, my kids, and just dating and having fun,” she said at the time, before adding, "I’m really liking Larsa."

Though finding a partner wasn't one of her immediate priorities, Larsa did say that she would, eventually, want to be with someone who could be her "best friend."

Since she previously insisted that she was just "friends" with Marcus, could Larsa have found her ideal match?

Watch The Real Housewives of Miami Thursdays on Peacock and the Bravo app.

Life is better as an Insider
Bravo Insider is your VIP pass to never-before-seen content, exclusive giveaways, and so much more!
Sign Up for Free
All Posts About
Larsa Pippen
The Real Housewives of Miami
Bravo Relationships
Related
Style & Living

LarsaReveals What Happened in with Kim Kardashian