Sign Up for Free to View
How Would Teresa Giudice Feel About Caroline Manzo Returning to RHONJ? 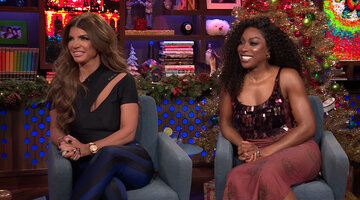 Now Playing
4:26
After Show
How Would Teresa Giudice Feel About Caroline Manzo Returning to RHONJ? 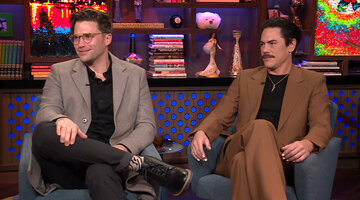 2:58
After Show
Where Does Tom Sandoval Stand With Katie Maloney? 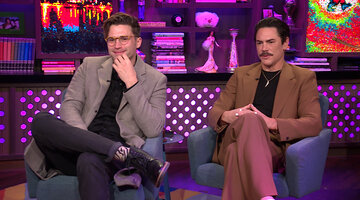 Is Teresa Giudice about to go from flipping tables to flipping the script?

The Real Housewives of New Jersey OG is set to make her big acting debut (well, save for a few cameos here and there in the ’90s and some recent commercials) in the upcoming VH1 TV movie Fuhgeddabout Christmas — and she may not be a one-and-done actress.

On the December 5 episode of Watch What Happens Live with Andy Cohen, Teresa teased that she did “really well” in the role. “Emmys, here I come!” she exclaimed to host Andy Cohen.

When Andy asked Teresa if any more “possible stage work” could happen, the newlywed had a surprising answer.

“I’m open to anything,” Teresa said.

Teresa Giudice’s Next Career Move May Surprise You: “I’m Honored to Be a Part of This”

Before Teresa lines up her next acting gig, fans can catch her in the holiday movie, which will premiere on December 21. And Teresa isn’t the only notable figure to appear in Fuhgeddabout Christmas.

Mob Wives’ Renee Graziano, The Sopranos’ Vincent Pastore, Jersey Shore’s Vinny Guadagnino (who also competed alongside Teresa on Dancing with the Stars Season 31), Wild ‘N Out’s Justina Valentine (who served as a producer), and Nick Cannon are all in the movie. Blogger Perez Hilton and rapper Fetty Wap, who met with Teresa’s daughter, Milania Giudice, on RHONJ, are two other personalities who will be in the TV movie as well.

When Teresa’s role was announced in October, she took to Instagram to detail the “exciting news.”

“I’m honored to be part of this project with so many talented people. [Renee and Perez], I had a blast with you both and I’m happy we got to share this experience together,” she wrote in the caption of her October post.

Life is better as an Insider
Bravo Insider is your VIP pass to never-before-seen content, exclusive giveaways, and so much more!
Sign Up for Free
All Posts About
Andy Cohen
Teresa Giudice
The Real Housewives of New Jersey
Related

Teresa Giudice’s Next Career Move May Surprise You