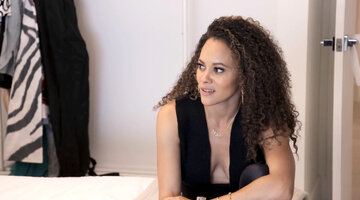 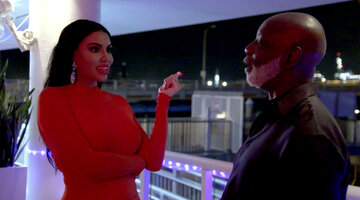 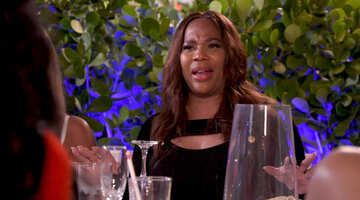 1:47
Preview
Mia Thornton Finds Herself in the Middle of the Karen Huger and Charrisse Jackson-Jordan Drama

Ask any fan of The Real Housewives of Potomac and they’ll tell you that Ashley Darby loves a good TikTok.

She shared her latest to Instagram on Sunday, November 29 — singing and dancing to a song as she typically does — but this time the TikTok garnered attention from none other than Southern Charm’s Madison LeCroy.

“Will you teach me how to dance…just a little,” she commented with a laughing-crying emoji.

Ashley hasn’t replied just yet, but should she take Madison up on the offer, it wouldn’t be the first time she’s hung out with a fellow Bravolebrity. The RHOP cast member — who announced her split from Michael Darby back in April — has been spotted recently with Winter House’s Luke Gulbranson on several occasions, ever since she declared her interest in him on Watch What Happens Live with Andy Cohen.

The latest update on the pair came from Ashley herself after she and Luke spent a weekend together in Washington, D.C. While there, they attended a Washington Capitals game — an outing that was captured in an Instagram photo. “That went viral, so Michael has seen Luke,” Ashley said on Page Six’s Virtual Reali-Tea podcast, adding that she did initially contemplate whether or not to pose for the picture.

“Well, Luke and I, we did a little conference,” she continued. “We were like, ‘Should we really take this picture?’ Because we’re both being a little private about this, you know? So he was like, ‘Should we?’ And I was like, ‘Eh, why not?’ So we took the picture.”

Ashley joked that while the snapshot is “probably not [Michael’s] wallpaper on his phone,” her ex is “also living his life too.”

“Like, let’s be fair,” she said. “He’s an attractive man — I know he’s a little older, but he’s still got his personality, his business is thriving… He’s doing his thing. He’s floating like a butterfly.”

Life is better as an Insider
Bravo Insider is your VIP pass to never-before-seen content, exclusive giveaways, and so much more!
Sign Up for Free
All Posts About
Ashley Darby
Madison LeCroy
The Real Housewives of Potomac
Related
Style & Living

Ashley Darby’s Son Had the Sweetest Morning Courtesy of Luke

Ashley Darby Gets Candid on Her Divorce