Sign Up for Free to View
What's the Below Deck Crew's Current Relationship Status? 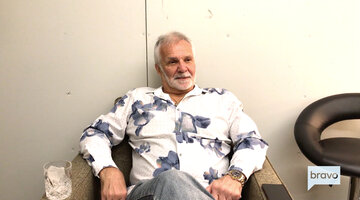 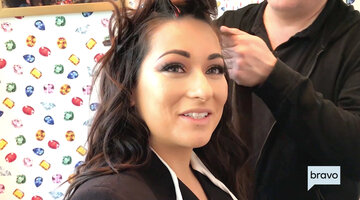 1:36
Below Deck
What's the Below Deck Season 6 Crew Doing Now? 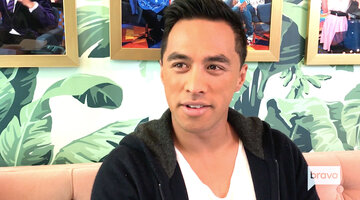 1:08
Below Deck
Which Yachties Are the Below Deck Crew Still in Touch with Today?

A big reveal at the Below Deck Season 6 reunion was that Ross Inia had started hanging out with memorable charter guest Krystal after the season ended. The M/Y Seanna crew, host Andy Cohen, and Below Deck fans alike were a little confused as to the nature of Ross' relationship with Krystal. Though Ross implied that he and Krystal weren't seeing each other, when Andy asked if the two were "friends with benefits," the Season 6 bosun said with a laugh, "Just benefits." It also seemed to be unclear if Krystal was married or not.

Ross took to Instagram to clarify his relationship with Krystal in a post published on Wednesday, February 6. "Okay! To stop speculation....Krystal has been a great friend to me and shows so much respect towards my family as I do of [hers]. We are not having an 'affair,'" Ross shared in a post that also featured a photo of him and Krystal taken after the charter season ended. "I have had the opportunity to spend time with her and her husband. We poked fun at all the assumptions. Remember everyone is going through something in their personal life and it’s no [one's] business to get involved or judge."

Okay! To stop speculation....Krystal has been a great friend to me and shows so much respect towards my family as I do of her’s. We are not having an “affair” I have had the opportunity to spend time with her and her husband. We poked fun at all the assumptions. Remember everyone is going through something in their personal life and it’s no ones business to get involved or judge. Chur 🤙🏾

We caught up with Ross prior to the filming of the Below Deck Season 6 reunion, and when asked for his current relationship status, he said, "Good question. I'm seeing someone at the moment." You can find out what else is new with the crew in the romance department in the above video.

Ross was certainly not afraid of sharing smooches with his Below Deck crew members this season. Not only did he lock lips with Rhylee Gerber, but he also tried to kiss  Kate Chastain, as we found out during the Below Deck Season 6 After Show. It was also revealed at the reunion that Ross hooked up with Below Deck Mediterranean chief stew Hannah Ferrier.

What might explain all of this is that Ross is just "a very lovey" person, according to Kate, especially when he's had a little bit to drink (the bosun agreed with that statement!).

Watch Ross dish more on his "lovey" behavior this season on the reunion, below.

Ross Inia Hooked Up with This Below Deck Mediterranean Yachtie?!
Life is better as an Insider
Bravo Insider is your VIP pass to never-before-seen content, exclusive giveaways, and so much more!
Sign Up for Free
All Posts About
Andy Cohen
Hannah Ferrier
Kate Chastain
Rhylee Gerber
Ross Inia
Below Deck
Relationships
Related

Hannah Hooked up with a Below Deck Crew Member?!