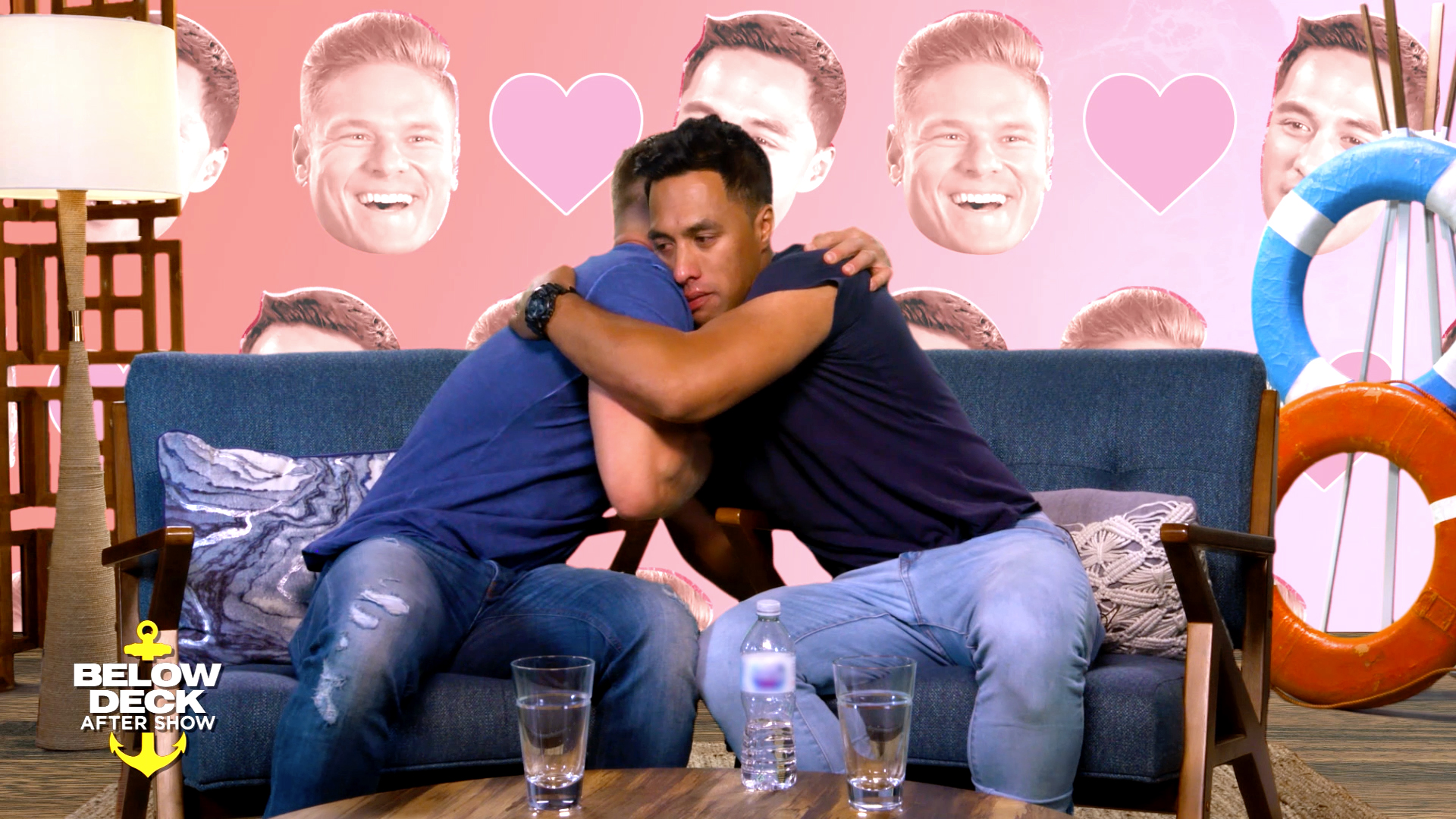 We can only imagine that Ross Inia's son Kai must be in awe of his dad's high-seas adventures on Below Deck this season. But the 5-year-old actually gets the most excited when he sees other crew members on screen.

Kai loves to watch the opening credits of Below Deck, the only part of the episode he does watch, in fact, according to Ross. "He saw Ashton [Pienaar] and he’s like, 'Daddy, Uncle Ashton! Uncle Ashton!' And then he sees Captain Lee [Rosbach], and he’s like, 'Captain!' It’s cute, but that’s all," Ross told The Daily Dish during an interview in New York City in December. "He watches it, and then he goes and plays with his Power Rangers or whatever the hell he’s playing with or jumping on the couches. He’s a little bit of a hyperactive type of guy."

If you couldn't tell how adorable Kai is by that description, these cute pics of Ross with his son are guaranteed to melt your heart.

Our little mission to go find Maui on the Island 😀

Ross said that he didn't always have time to think about how much he missed Kai during his hectic work schedule this season of Below Deck. "Luckily with this charter [season], we were quite busy, so it wasn’t until we had a break here or there where I started to think about him," he recalled. "I always try to keep myself busy and take care of my mind, but every afternoon or every evening I try to Skype with him, see how he’s doing. I always try to make the effort."

But times like the charter in which the M/Y Seanna crew welcomed two children, Pearson and Tiernan, onboard, made it more difficult for Ross to forget how much he missed Kai. "When the kids came aboard, it reminded me of Kai. It’s hard, it’s hard being away from him," he shared. "It’s the first week, you miss him every day, and then you get used to it, and then it’s the third, fourth, and then it just kicks in, and you’re like, 'F--k, I really miss my kid.'"

Even though Ross was far away from Kai while he was on charter this season of Below Deck, he was always there for his son, according to crewmate Rhylee Gerber. "You can tell he’s a very hands-on dad though because Ashton and Ross’ room was right across from mine, and you could see him Skyping with his kid. And he’d always talk about it, and he had pictures of his boy above his bunk," she said during the same interview with The Daily Dish. "We all know Kai now, and it’s cool. You can tell he’s a good father."

Check out throwback photos of Ross and the rest of the crew, below.

Before They Went Below Deck: Season 6

Ben Hangs with One of the Below Deck Season 6 Yachties