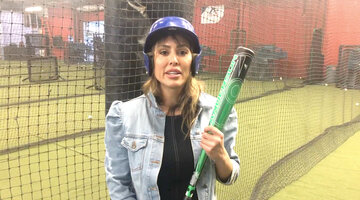 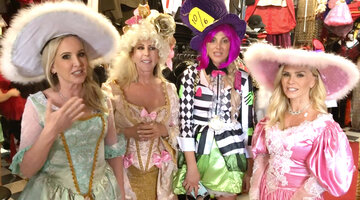 1:21
The Real Housewives of Orange County
The Three Amigos Are Now the Tres Princesas 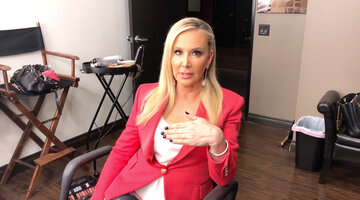 2:14
The Real Housewives of Orange County
Shannon Beador Reveals What Helped Her Lose Weight for Good

Shannon Storms Beador's eldest daughter, Sophie Beador, is ready to leave her mark on the world as she gets ready to start her senior year of high school this fall.

But, like most young people, the 18-year-old is still figuring out her next move. "Sophie's all over the map. She's at church camp right now. She went to Haiti last summer, so there's a part of her that wants to join the Peace Corps. Then there's another part of her that says, 'I'm gonna take over your food line, Mom,'" Shannon recently told The Daily Dish. "And I don't know what she's gonna do, but she's a smart girl."

Sophie also wants to add the title of author to her resume with the hopes of publishing a very personal book in the future. "She's in the process of writing a book about divorce and how it affected her as a child, which I think is amazing," Shannon said. "You know, it might hurt me in the long run because goodness knows what stories she might tell about me."

The OC Housewife added, "But she just wants to help people. She's got such a good heart, so I can't wait to see what she does."

After announcing her separation from husband David Beador at The Real Housewives of Orange County Season 12 reunion in October 2017, Shannon finalized their divorce earlier this year. "I guess it's great. Check, move on. Move on to the next thing," Shannon said of officially ending her marriage during an interview with The Daily Dish. "We're still in each other's lives as co-parents, but pretty much we've divided everything. We're just together because of the kids, so that's good."

When it comes to where Sophie sees herself after she leaves the nest, she has a better idea of the college in which she'd like to enroll. Unfortunately for Shannon, the list doesn't include her beloved alma mater USC. "Sophie is clear in what she wants. She wants to go to a football school in the south where there's nice southern men. She's not gonna budge from that. So I don't know if USC is in the cards for her," Shannon said. "I think it's good. She's more adventurous, so I think it's good for her to get out of state. She'll do very well."

But don't expect the RHOC mom to root for her daughter's school should they play USC in the future. "It's all good. It's all good," she said. "It's fight on, Trojans, all the way."

Check out what else is new with Shannon and daughters, Sophie, Stella, 15, and Adeline, 15, this season of RHOC, below.

Meet the New Shannon Storms Beador
Life is better as an Insider
Bravo Insider is your VIP pass to never-before-seen content, exclusive giveaways, and so much more!
Sign Up for Free
All Posts About
Shannon Storms Beador
The Real Housewives of Orange County
Exclusive
Kids
Relationships
David Beador
Related

When We Weren't Looking, Shannon's Daughter Sophie Grew Up