Sign Up for Free to View
Is Madison LeCroy Uninviting Austen Kroll From Her Party? 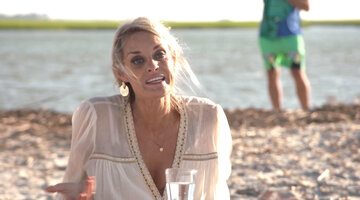 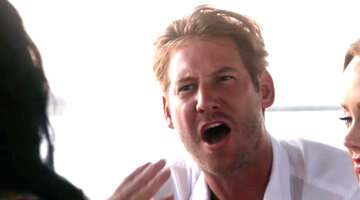 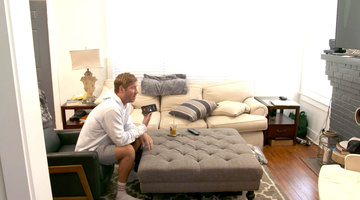 The private island beach party Madison LeCroy threw on the January 7 episode of Southern Charm didn’t necessarily go off without a hitch.

Though the party was initially intended to be a birthday celebration for Austen Kroll, he and Madison eventually came to an agreement that it would be best for him not to attend. Ultimately, he ended up coming, but he isn’t the only one who didn’t follow Madison’s rules. Shep Rose rolled up in an outfit that didn’t follow the dress code, and later weighed in on his attire on Twitter.

When Shep first arrived to the beach party, his clothing definitely made him stand out. Dressed in a graphic tee that read, “Dance Contest Winner,” and a pair of toucan swim trunks, he asked, “Madison, I did not receive an email about attire. Was that on purpose? Did you want me to be the odd duckling?” The hostess claimed it wasn’t on purpose, replying, “I thought I told you.”

Shep’s girlfriend, Taylor, arrived at the party shortly after festivities began, wearing a toucan bathing suit that matched his. “Everyone looks so beautiful,” she noted when she got off the boat. “He probably knew the attire, he just wanted to lie and make me show up like an idiot.”

Shep took responsibility for the wardrobe issue on Twitter, posting a photo showing the matching swimwear. “Here’s a picture from the episode,” he wrote. “Spoiler alert: Taylor and I are very much underdressed. My fault.”

In another tweet, Shep shared his reason for choosing his memorable outfit. In response to a follower who tweeted, “Your outfit. Meanwhile you were probably the only comfortable one. I’d do the same thing!” he wrote, “Y’all it was so hot on the island. July in Charleston! No way I’m wearing a button down and pants. Momma didn’t raise no fool.”

Y’all it was so hot on the island. July in Charleston! No way I’m wearing a button down and pants. Momma didn’t raise no fool https://t.co/B9mP1OAyV7

Want more Southern Charm? New episodes air every Thursday at 9/8c or catch up on every episode ever through the Bravo app.

Life is better as an Insider
Bravo Insider is your VIP pass to never-before-seen content, exclusive giveaways, and so much more!
Sign Up for Free
All Posts About
Austen Kroll
Madison LeCroy
Shep Rose
Southern Charm
Related

Craig Opens Up About Quarantine with Shep's Girlfriend