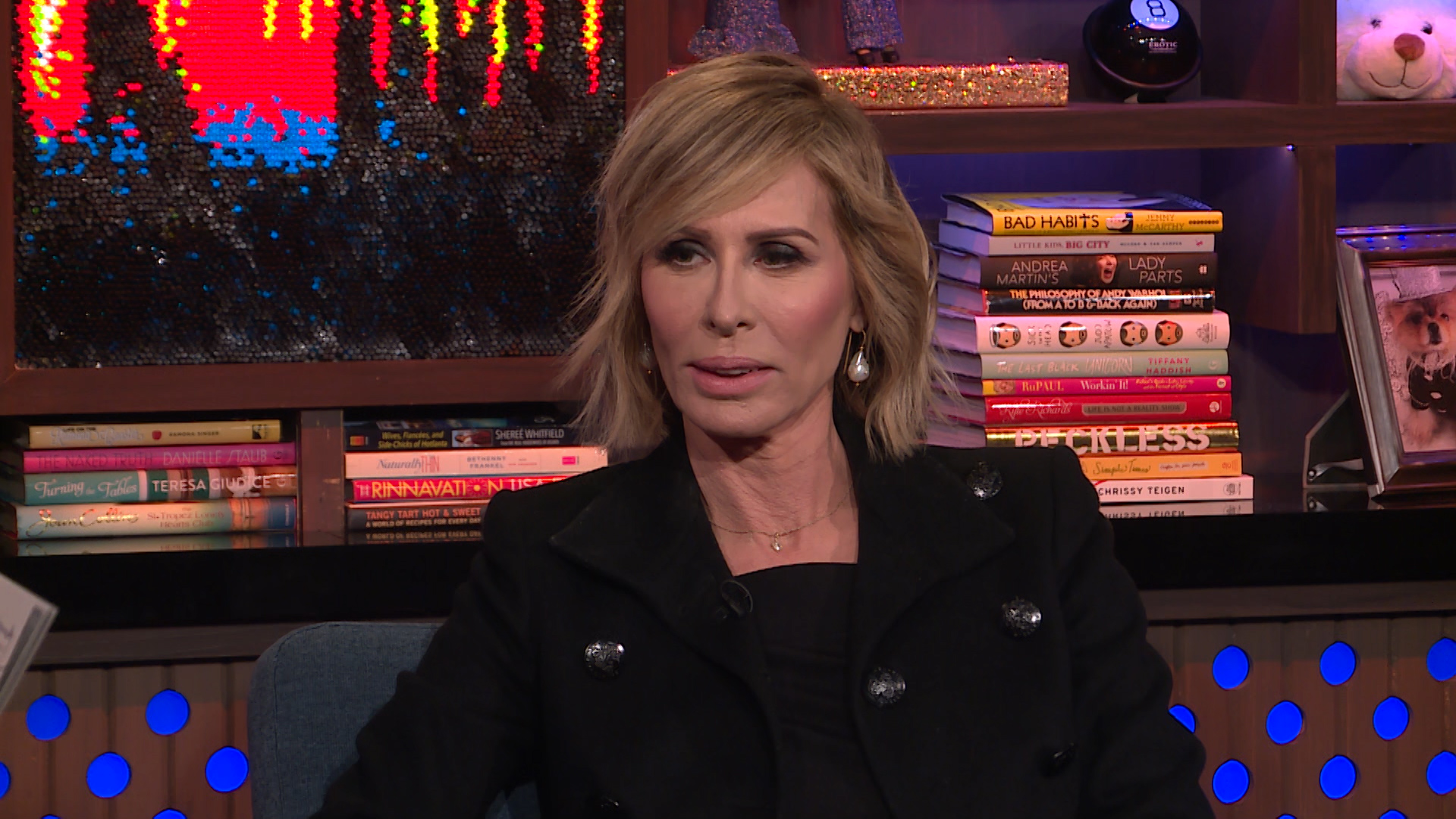 The Real Housewives of New York City has already been rocked by one of the first major blow-ups of the season. We're talking about that explosive brunch at Luann de Lesseps' house in Sag Harbor where Sonja Morgan and Dorinda Medley exchanged words about their former spouses.

Things really escalated between the Manhattanites when Sonja responded to Dorinda's comment that she talks too much about her divorce, saying that she talks about her late husband, Richard Medley, all the time. But Carole Radziwill, who lost her husband, Anthony Radziwill, to cancer in 1999, said Dorinda had every right to snap at Sonja when she appeared on Watch What Happens Live with Andy Cohen Wednesday night (clip above). "Yes, I think everyone in the world would agree with that. This is the way we honor people who have passed on. We talk about them, and in that way we keep their memory alive," she explained. "I don't understand what Sonja and everyone who agrees with her, I don't understand how they don't understand that."

Dorinda Medley: I Had Every Good Intention Going Into the Brunch

Carole later tweeted that remembering a late loved one in this way is "intuitive, natural, normal." She also added in the tweet, "They are lucky to have not lost a loved one."

Exactly. You talk about the dead to honor their life and keep their memory alive. Especially someone who died young. Not sure why these ladies don't get that. It's intuitive, natural, normal. They are lucky to have not lost a loved one. https://t.co/2v8WzVEZ9t

One of the people who expressed empathy for Sonja's situation was Bethenny Frankel, who went through her own difficult divorce. Bethenny tweeted during the episode that "everyone processes grief differently." She also said in that tweet that "Sonja has been f---ed up over her divorce."

True and great point. And everyone processes grief differently. One person can suffer more from losing a cat than someone a person. I’m calling them as I see em. Sonja has been fucked up over her divorce. https://t.co/d2466IDnC3

Dorinda explained where she thought Sonja was coming from with her comments during a recent interview with DailyMailTV, which you can check out, below. "A lot of women do this, they focus on the past, and they don't live in the present. Here's the funny thing is I divorced my first husband about the same time she divorced Mr. Morgan, and I barely mentioned my first. I mean, he's so much not part of my present-day life," Dorinda shared. "You would think the way she speaks of [her divorce], number one, that it just happened, and number two, as I said in my blog, divorce is a choice, whereas death is certainly not a choice, and it's something that changes you forever. So I actually have a problem with the comparison at all."

Dorinda shared a similar sentiment in her latest blog on Bravotv.com and pledged to continue to memorialize her late husband. "Lastly, yes, I will continue to talk about Richard Medley, my late husband, and honor his legacy for his children, for [my daughter] Hannah, for his friends, and for me! Isn't that what you do when a loved ones dies? Has everyone forgotten about their grandparents, their parents, husbands, wives, friends etc when they pass? That's why they have things like memorials," she wrote. "So for all of you that still think that divorce and death are in the same subject line, I HOPE you NEVER need to learn the difference, because I assure you, you will become very clear about it very fast."

How will the Big Apple bunch move on from their drama in the Hamptons? Find out in an all-new episode of RHONY on Wednesday at 9/8c. Until then, you can find a preview, below.

Preview
Next on RHONY: Friends With Benefits 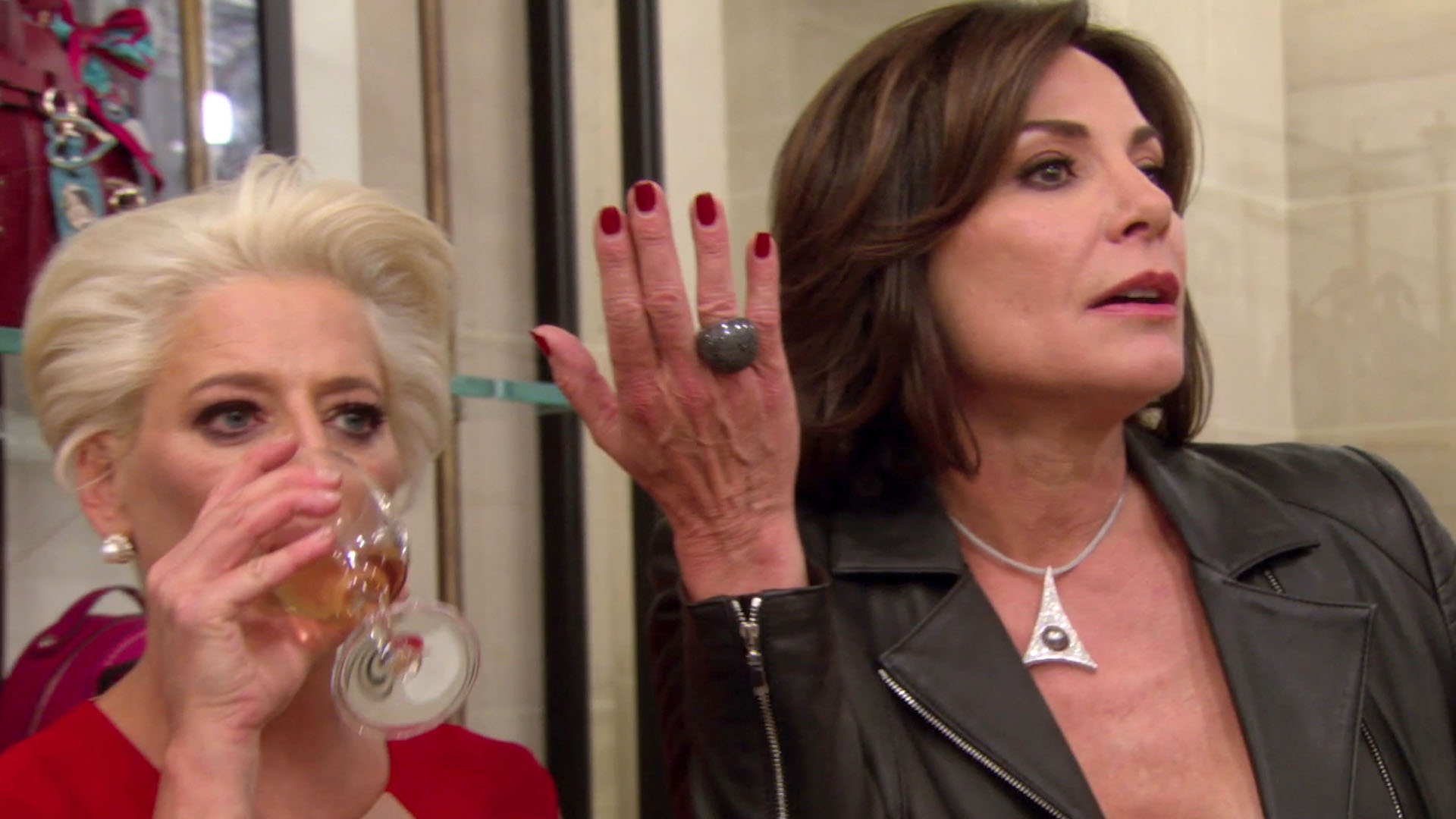