Sign Up for Free to View
Craig Conover: "I Would Bang Patricia" 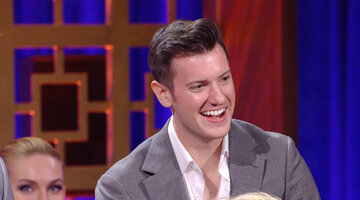 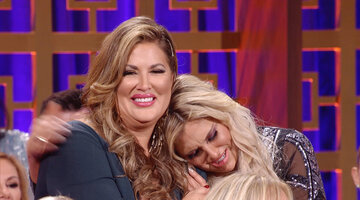 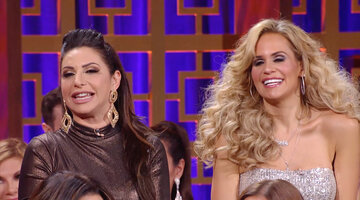 Craig Conover is ready to dive back into the dating pool. The Southern Charm cast member recently confirmed that not only is he single, but that he’s eager to put himself back out there and meet some new people.

Craig and ex Naomie Olindo split up in 2017 after several years together. Naomie is now involved in a new relationship, but Craig has been vocal about having a hard time moving on, as chronicled on Season 6 of the show.

Now, it looks like that’s all in the past. After fellow Southern Charm-er Austen Kroll teased him about his dating life (or lack thereof) over the past year, Craig promised he’s about to shake things up.

“This season, I will be dating a lot. Honestly,” the entrepreneur, who launched the lifestyle brand Sewing Down South in 2018, said during a BravoCon 2019 panel. “It’s my year to go out on some dates.”

And apparently, that’s not all he has planned for the year ahead. Shahs of Sunset’s Reza Farahan couldn’t resist jumping in to reveal some of his own juicy details about Craig’s love life.

“I’m going to give you a little behind-the-scenes scoop,” he said. “I’m not going to say who it was, but apparently, Craig might be doing a three-way later on with a Housewife.” Say what?!

Tom Schwartz of Vanderpump Rules quickly defended the matriarch of his own franchise, saying, “It better not be Lisa Vanderpump.”

And while the identity of the Housewife in question remains undisclosed (and Craig insisted he "accidentally" agreed to the three-way idea), it turns out that Craig may be thinking about someone a little close to home when it comes to Bravolebs he'd like to hook up with: Patricia Altschul, mom of Craig’s fellow cast member Whitney Sudler Smith.

Life is better as an Insider
Bravo Insider is your VIP pass to never-before-seen content, exclusive giveaways, and so much more!
Sign Up for Free
All Posts About
Craig Conover
Whitney Sudler-Smith
Southern Charm
BravoCon 2019
Patricia Altschul
Related