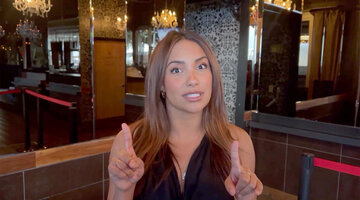 Now Playing
3:16
Digital Original
We Have All the Gossip on the Southern Charm Cast's Wildest Party Secrets 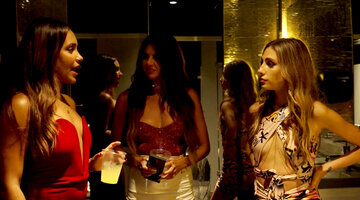 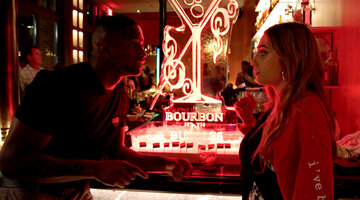 Southern Hospitality is giving viewers a new look into Charleston’s nightlife scene and we’re obsessed. The series follows Leva Bonaparte as she manages her staff members at Republic Garden & Lounge. And one thing to note about the cast is that they live by the motto “work hard, play hard.”

Republic has proved itself to be one of the best nightclubs in the city, garnering attention from everyone, including the Southern Charm cast members. That’s right, a few Southern Charm-ers have partied at the South Carolina club and we have all the tea.

In the clip above, the Southern Hospitality cast sit down for a BravoTV.com exclusive and reveal a few crazy encounters they’ve experienced with a Southern Charm-er… without dropping any names.

VIP hostess Mia Alario is the first to dish on her “juicy story” with a Southern Charm cast member. “One night we had a couple of them in here and there was a little bit of a rumor going around that one of them was throwing a really big after-party at their house,” Mia explains in the video.

Mia goes on to clarify that while she didn’t attend the party, she knows how it ended. “I heard that way too many people showed up and the cops got called and they got a ticket.”

As for Mikel Simmons, his experience with a Charm-er ended with a “stare down.” To hear what led up to the awkward moment, check out the video above.

You can hear more juicy party secrets from the Southern Hospitality cast members by pressing play on the video above.

Watch Southern Hospitality on Bravo Mondays at 9/8c and the next day on Peacock. Catch up on the Bravo app.

Life is better as an Insider
Bravo Insider is your VIP pass to never-before-seen content, exclusive giveaways, and so much more!
Sign Up for Free
All Posts About
Leva Bonaparte
Mia Alario
Mikel Simmons
Southern Hospitality
Exclusive
Producer Secrets
Related