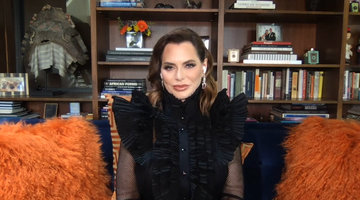 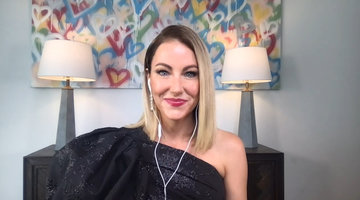 Brandi Redmond and Stephanie Hollman have supported one another throughout the ups and downs in their friendship, drama with their fellow Dallas Housewives, and challenges in their own personal lives. Brandi even cemented their status as BFFs by gifting Stephanie with a matching ring in The Real Housewives of Dallas Season 5 finale, which aired on April 27.

So, of course, Stephanie was there for her during a recent trying time Brandi experienced regarding her husband, Bryan Redmond. "She does address it at the reunion," Stephanie commented on the matter during her latest appearance on Watch What Happens Live with Andy Cohen on April 27 (clip above). "You know, I was more concerned about my friend and making sure that she was OK and doing well. She had a new baby at the time [Brandi welcomed her fourth child, daughter Brilynn Mari Redmond, in February]."

"So, for me, it was more about her," Stephanie continued. "I want to make sure she's good."

Stephanie opened up more about being there for Brandi during this time, especially since her husband, Travis Hollman, is also so close with the couple. You can check it out in the video, above.

As Stephanie mentioned on WWHL, this will be one of the topics discussed at the upcoming two-part reunion for Season 5 of RHOD, which premieres at a special time on Tuesday, May 4 at 10:30/9:30c. Watch a preview, below.

Want more RHOD? Catch up on the Bravo app.

Brandi's Baby Girl Is a Total "Mood" in This Photo