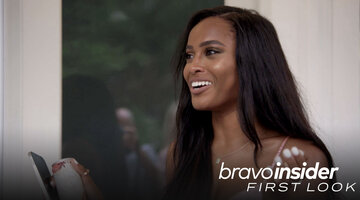 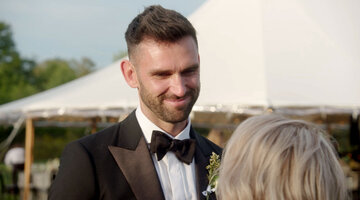 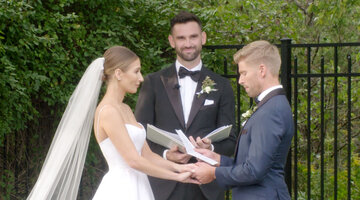 1:52
Preview
Kyle Cooke and Amanda Batula Vow to Love Each Other Forever

Last year was pretty special for Carl Radke, as he became engaged to fellow Summer House cast member Lindsay Hubbard, but he’s starting 2023 with yet another major milestone moment.

On Sunday, January 8, Carl officially celebrated two years of sobriety — and the achievement did not go unnoticed by his friends and loved ones.

His fiancée, who referred to herself as a “proud future wifey” in an Instagram Story, also marked the occasion on her main feed with a photo of the two on the beach.

“Congrats on [two] years of sobriety to my babe!” Lindsay wrote in the caption of the January 8 post, along with a red heart emoji. “I am so beyond proud of you, your journey, your strength, and your dedication to becoming the best version of yourself. You inspire so many people! I love you!”

Bravolebrities including The Real Housewives of Salt Lake City’s Whitney Rose and Below Deck Sailing Yacht’s Daisy Kelliher shared their well wishes for Carl by adding a “Congrats” message and heart emojis, respectively, in the comments of Lindsay’s post.

Lala also shared a photo of Carl on her Instagram Story and sent along some more words of encouragement. “Happy (sobriety) birthday! So proud of you, brother,” she captioned the post, adding a prayer hands emoji. “One day at a time. We got this.”

Carl’s longtime pal Luke Gulbranson took to his own Instagram Stories to acknowledge the accomplishment.

“Some people say they need to make changes in their lives, and others actually put it into motion,” Luke wrote over a photo of the two from Kyle Cooke and Amanda Batula’s wedding. “Your discipline, love for those who love you, and yourself shine every day, brother,” Luke wrote. “Happy two years of sobriety!! Love you amigo!”

As Summer House fans may remember, Carl initially decided to abstain from drinking on Season 5 of the show, but it proved to be difficult following the unexpected passing of his older brother, Curtis Radke, from addiction.

When Carl arrived in the Hamptons to film Season 6 in the summer of 2021, however, the Loverboy sales VP had decided to stop drinking completely. He was nearly six months sober when the summer began. Though it was challenging at times to be “sober for the first time in the Hamptons,” he said he ended up having a “powerful summer” during the Season 6 reunion.

Fast-forward to the beginning of 2023, and Carl is celebrating two full years of being, as Lindsay noted, the “best version” of himself.

Find out how the now-fiancés spent their seventh summer together by checking out a sneak peek of the upcoming season of Summer House. You can watch it by clicking below.

Life is better as an Insider
Bravo Insider is your VIP pass to never-before-seen content, exclusive giveaways, and so much more!
Sign Up for Free
All Posts About
Carl Radke
Lala Kent
Lindsay Hubbard
Luke Gulbranson
Watch What Happens Live with Andy Cohen
Related

Lindsay and Carl Are So “In Love” on Winter House