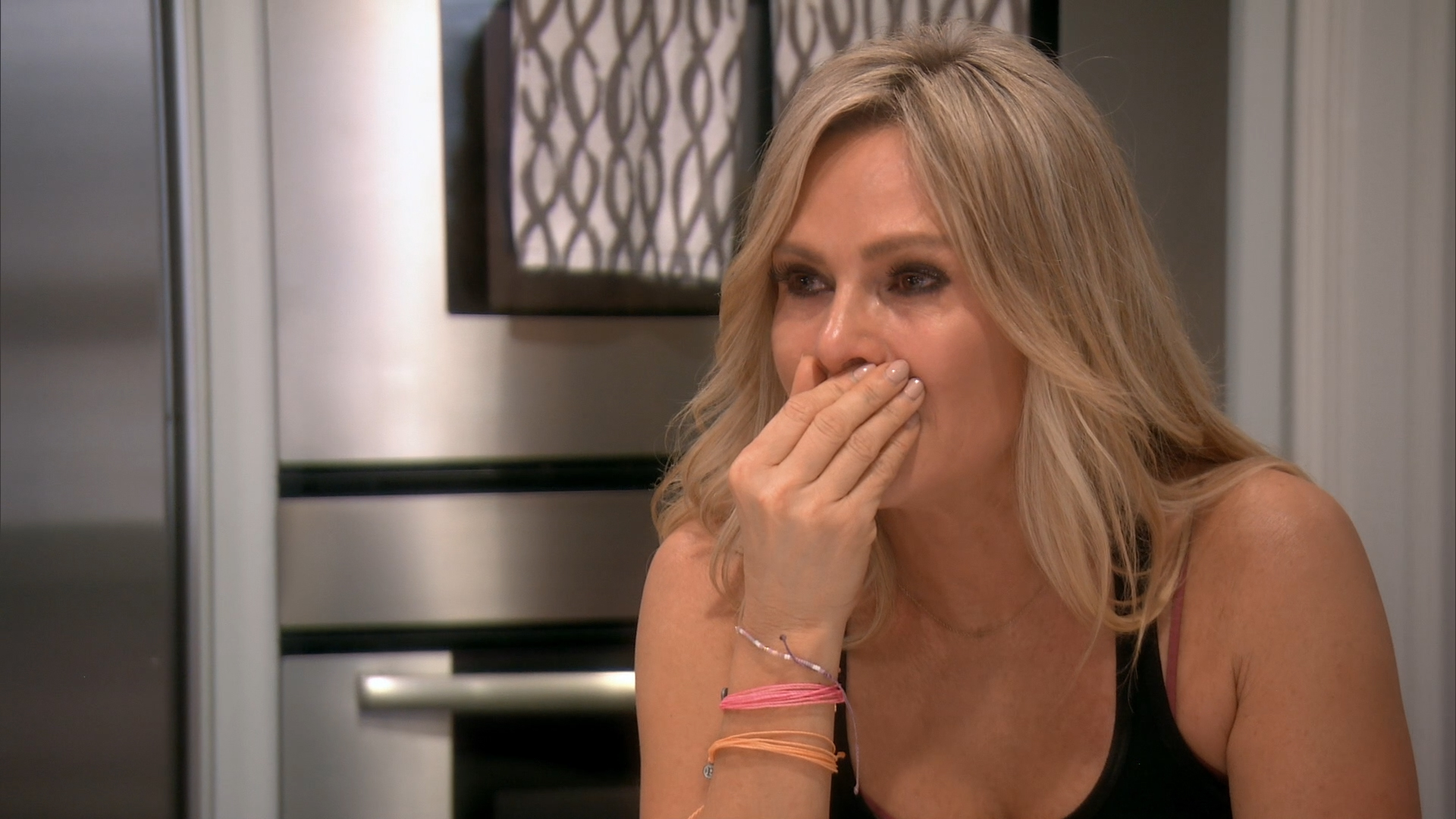 There's no doubt that Tamra Judge is one proud grandma to her son Ryan Vieth's little girl, Ava. And during Season 12 of The Real Housewives of Orange County, Tamra and Ryan opened up a little bit about his relationship with Ava's mom and his one-time fiancée, Sarah Rodriguez. During their heart-to-heart, he tearfully opened up in the clip above that the parents were experiencing "their ups and downs, I guess."

Since then, Tamra confirmed on Watch What Happens Live with Andy Cohen this week that “they’re not together anymore. They just share custody of Ava.”

In the past, Tamra has been open about the pair's struggle to find common ground, telling The Daily Dish in 2016, "But it's up and down, and it's tiring, frustrating, and I just want them to get it together."

Whatever the case may be for Ryan and Sarah, Tamra is always a gushing grandma, as she was when she spoke to The Daily Dish about her little granddaughter back in Season 12. "She is her father's daughter. Let's just put it that way. Yes, she has attitude. Loves her dad. She's funny. She's got all these faces she makes. Then she'll have big smiles and then she'll make goofy faces," she said. "Shes just like a goof ball, but she's so pretty — a pretty little girl."

Tamra Wants Her Son & His Fiancee to "Get It Together"

Tamra's Granddaughter Is Growing Up Before Our Eyes