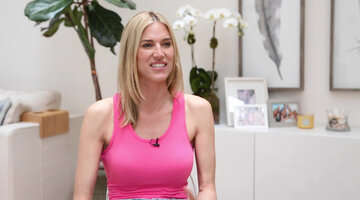 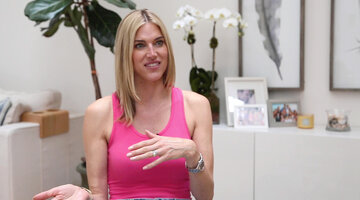 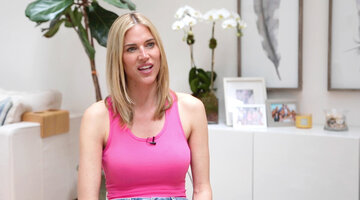 Taylor Armstrong is one of the original cast members of The Real Housewives of Beverly Hills, appearing on the show from Seasons 1 through 3. However, Taylor admitted during a recent interview in our Life After Bravo series that "there was definitely some hesitation to go on Housewives" due to what was going on in her home with then-husband, Russell Armstrong, at the time.

"I wasn't sure how that was all gonna play out on TV. I think part of me thought that the cameras might provide some protection," Taylor said in the above clip, exclusive to Bravo Insider members. "And I actually think, subconsciously, it might make things better and it might help my relationship."

Taylor said that her first season on the show ultimately proved to be an empowering experience. "Season 1 gave me hope that I would have the means to take care of myself and my daughter [Kennedy]," she said. "And going forward, I knew that I wanted to stick with the show because it was an opportunity to leave."

Russell passed away in 2011 prior to the premiere of Season 2 of RHOBH, but Taylor said that she agreed with the decision to move forward with airing the season. "I was supportive of Season 2 airing, despite all that I was going through, because I did want people to see what it was like, what I went through, so that they could also have hope that there was something on the other side," she shared.

Taylor reflects more on opening up about her past marriage on RHOBH, including the moment she knew her "life was about to change," as well as how Russell felt about the show in the above video. She also talks about her "very happy" current family life with husband John Bluher and 14-year-old daughter Kennedy, as well as her work in supporting those affected by domestic violence.

Life is better as an Insider
Bravo Insider is your VIP pass to never-before-seen content, exclusive giveaways, and so much more!
Sign Up for Free
All Posts About
Taylor Armstrong
The Real Housewives of Beverly Hills
Bravo Insider
Kennedy Armstrong
Russell Armstrong
Related

Taylor Armstrong on If Her Daughter Has Ever Seen RHOBH

Taylor Armstrong Opens Up About 'Life After Tragedy'