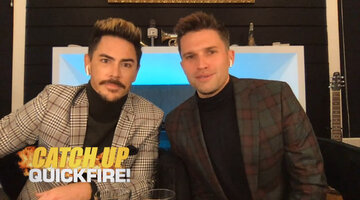 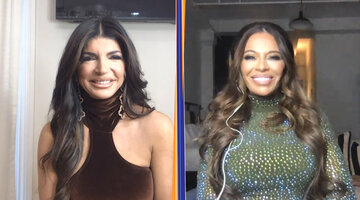 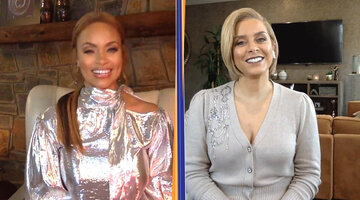 The Real Housewives of New Jersey's Teresa Giudice opened up about the new guy in her life during the November 22 episode of Watch What Happens Live with Andy Cohen. The update in her dating life comes two months after it was confirmed that she and Joe Giudice had finalized their divorce.

"Well, it's fairly new as I told you, so I'm taking things slow and we'll see where it goes from there," she told Andy Cohen about the man in her life and their relationship.

During her appearance on WWHL, Teresa also opened up about where things stand in her divorce with Joe today, noting, "I'm still waiting on the date from the courts. All the paperwork is all done; we're just waiting for a court date and because of COVID[-19], it's taking forever."

Back in September, it was reported that Teresa and Joe had finalized their divorce. “This is obviously the beginning of a new and exciting chapter for both Joe and Teresa as individuals," Giudice family attorney James J. Leonard Jr. said in a statement at the time. "They remain committed to continuing to raise their four amazing daughters and co-parent as they have for the last few years.”

Teresa and Joe have four children together, daughters Gia, Gabriella, Milania, and Audriana. Gia and Milania recently returned from a trip to Italy where they visited Joe, who now lives there since October 2019 following his release from ICE custody.

#RHONJ star @Teresa_Giudice shared an update on the status of her divorce. Head to our YouTube channel to check out more moments from last night's #WWHL episode. pic.twitter.com/47X8OlNlnD

Life is better as an Insider
Bravo Insider is your VIP pass to never-before-seen content, exclusive giveaways, and so much more!
Sign Up for Free
All Posts About
Teresa Giudice
The Real Housewives of New Jersey
Dating
Joe Giudice
Related

Teresa Reveals the "Best Part" of Being on RHONJ