The Real Housewives of Potomac Returns This April: Get Your First Look at All the Shade

Preview
On Season 2 of The Real Housewives of Potomac... 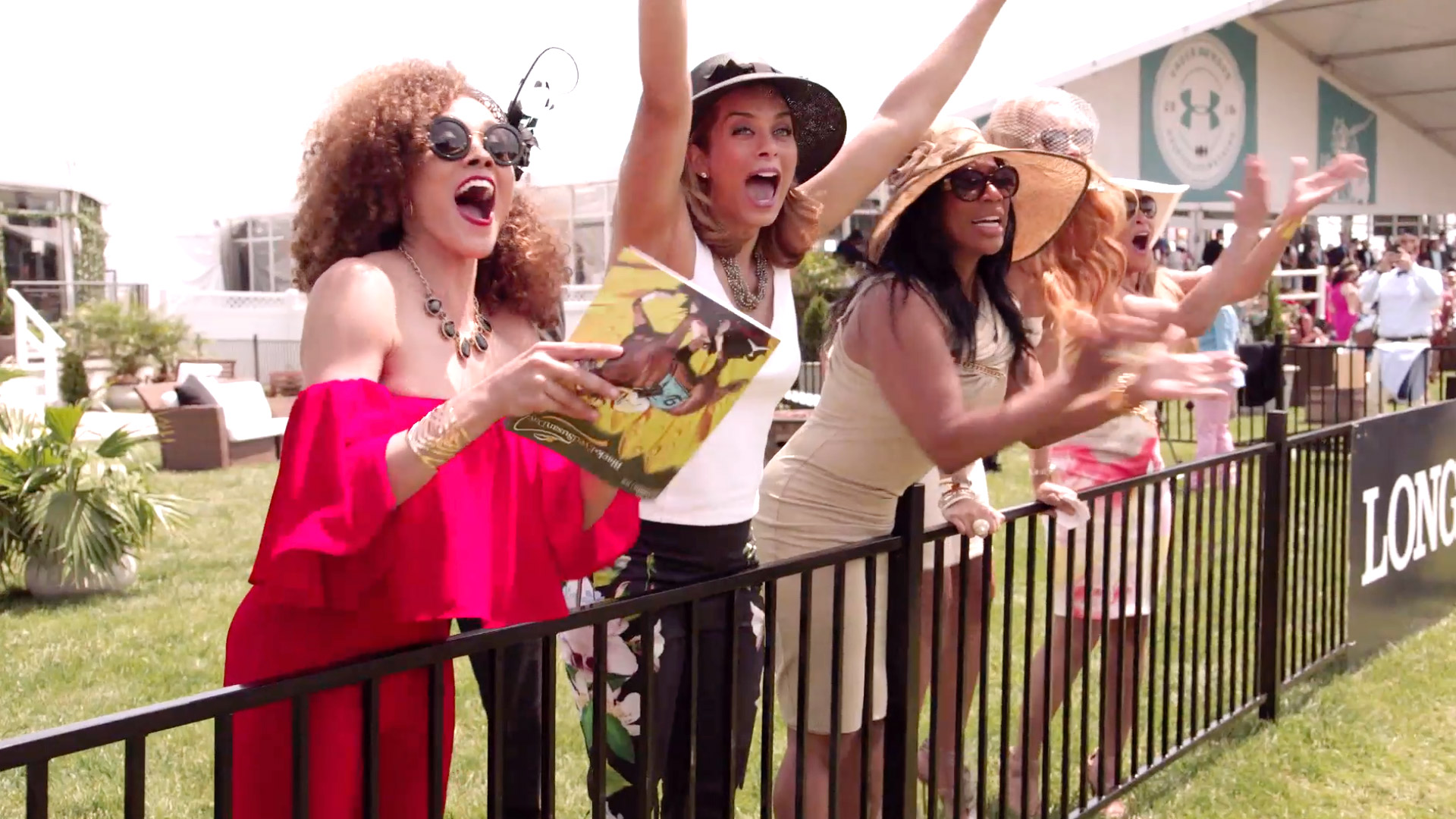 Leave your parasols at home, because The Real Housewives of Potomac Season 2 has all of the shade you need when it premieres Sunday, April 2 at 9/8c. The new season is going to dive right back into the personal lives of our favorite Maryland ladies.

Gizelle Bryant's dating game seems to be stronger than ever as she looks for a man with "cash flow in the pocket" and "a little something," uh, else. But could love bloom when a man from her past comes back into the picture? Expect Gizelle to also come under fire for putting Charrisse Jackson Jordan's marital troubles on blast. But Charrisse will try to stay focused on her kids as some rumors swirl about her husband, Eddie Jordan, too.

Robyn Dixon is trying to figure out where her relationship with ex-husband, Juan Dixon, stands while also dealing with some financial hardships. Now that Karen Huger's kids are both out of the house, the grand dame of Potomac is moving into a new home, but she and her husband, Raymond Huger, a.k.a. "the Black Bill Gates," don't see eye-to-eye on the size of the future abode. There's going to be a lot of talk among the RHOP ladies about why, exactly, Karen is moving. And as for Ashley Darby, her new restaurant Oz isn't taking off as much as she had hoped, which is putting a strain on her marriage with her husband, Michael Darby, and her baby plans.

To top it all off, there's a new lady joining the RHOP squad. We'll meet Monique Samuels, a self-proclaimed "boss" who's living the glamorous life (read: she has four homes) with her husband, former NFL player Chris Samuels. Though Monique doesn't seem to get off on the right foot with some of the RHOP vets, she seems to have Karen's seal of approval, and that's not nothing.

Expect a lot of fun, fashion, and a dash of drama along the way. It all kicks off on Sunday, April 2 at 9/8c. Until then, recap what happened behind-the-scenes of last season of RHOP, below.

Behind The Scenes: The #RHOP Season 1 Reunion

Your Hair Can Now Be as Iconic as Karen Huger's Tresses

Gizelle Is Taking Her Makeup Line to the Next Level