Sign Up for Free to View
Your First Look at Vanderpump Rules Season 10! 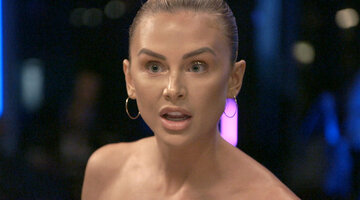 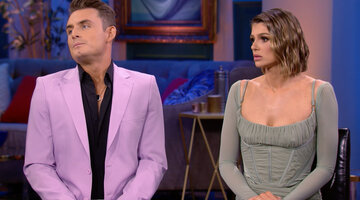 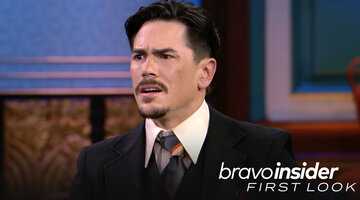 You may know Scheana Shay as an original cast member on Vanderpump Rules, as a former SUR waitress, and as the “Good as Gold” songstress, but you may not know her by that name for much longer.

When Scheana tied the knot with Brock Davies in August 2022, some fans began to wonder if she would change her last name considering her current surname, Shay, is from her ex-husband, Mike Shay.

During the January 20 episode of her podcast, Scheananigans with Scheana Shay, Scheana revealed that she does plan to change her name — but it wouldn’t simply be Scheana Davies.

Both Brock and Scheana want to add a name that pays tribute to their 21-month-old daughter, Summer Moon Honey Davies.

“Well, we both want to change our names, because he wants to legally add ‘Honey’ to his name,” she explained on the podcast. “So I haven’t changed mine yet, because if I change mine now just from our marriage certificate, then it goes to just Scheana Marie Davies, and I want it to be Scheana Marie Honey Davies.”

Scheana then shared that the ball was in Brock’s court for both of them to make the change. But the Homebody app founder admitted he “[hasn’t] put that much thought into it, really.”

“Obviously, I want to change it, but there’s no need to rush into it,” he said on the podcast, adding that this was because he wasn’t going to need to renew his passport or his drivers’ license anytime soon.

“When push comes to shove, we’ll have that conversation, but there’s no rush for it,” he concluded.

Another reason why Brock may not be feeling super motivated to make the effort to change their names is because he simply isn’t affected by Scheana still using her ex-husband’s last name.

“It doesn’t bother me at all,” the Kiwi shared, before adding that the only time it can “grind [his] gears” is when someone accidentally calls him Mr. Shay.

Watch Scheana and Brock get married, and see them deal with the rest of the crew’s shenanigans (or Scheananigans) by pressing play on the Vanderpump Rules Season 10 trailer above.

Season 10 of Vanderpump Rules premieres on Wednesday, February 8, at 9/8c. Watch all prior seasons on Peacock.

Life is better as an Insider
Bravo Insider is your VIP pass to never-before-seen content, exclusive giveaways, and so much more!
Sign Up for Free
All Posts About
Brock Davies
Scheana Shay
Vanderpump Rules
Related
Style & Living

Brock Reveals an “Obstacle” in His Marriage to Scheana