Last nights on the Real Housewives of New Jersey, Jacqueline Laurita marched right up to town gossip Penny Drossos and confronted her head on, demanding to know why she and her husband had sent nasty tweets about the Lauritas' son Nicholas, implying he doesn't really suffer from autism. But as Andy Cohen hilariously pointed out on Watch What Happens Live, Drossos made a faux pas when she replied to Jacqueline, and her fumbled words had Cohen and his two WWHL guests (Laurita and morning host extraordinaire Kelly Ripa) rolling in the aisles.

"That's a lie," Drossos began. "I'm going to be very honest with you, Jacqueline. I love autistic children. Love them to death. I taught autism."

As Ripa buried her head in her lap laughing, Cohen asks, "Is that a course?"

"I don't know that I would had had the composure to shut up and let that 'I used to teach autism' comment stand," Ripa says.

Watch Jacqueline Laurita and Kelly Ripa look back at Penny Drossos' infamous autism blunder and tell us in the comments: should Jacqueline have called her out on the spot? 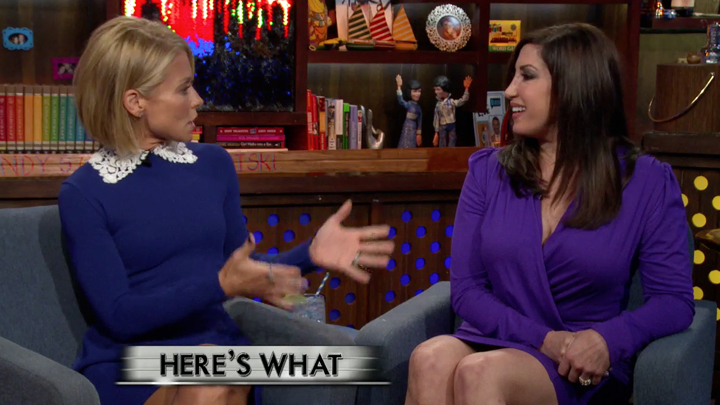