Sign Up for Free to View
Will Ray Liotta Plead the Fifth? 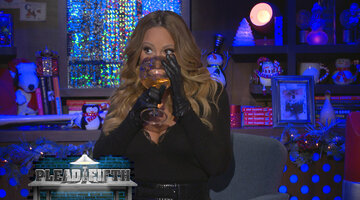 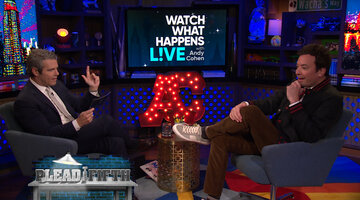 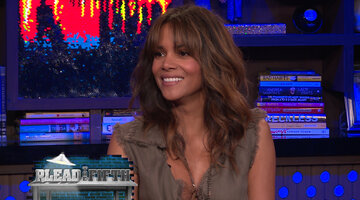 2:18
Watch What Happens Live with Andy Cohen
What Rating Does Halle Berry Give ‘Catwoman’?

Watch What Happens Live with Andy Cohen has a true talent for bringing together celebrities who seem to have only the fact that they're human beings in common. Don't believe us? Well, we already rounded up the most unlikely WWHL guest pairings of all time back in 2016.

But guess what? This year, WWHL gave a whole new meaning to the term "odd couple" with its guest pairings. And we think these 2017 guests just need to be seen to be believed.

You might not think that Keke Palmer and Dr. Mehmet Oz have much in common, especially based on their personal styles alone. But when you can dish out medical advice like Dr. Oz can, you basically always have something to talk about.

We're not sure how much Gail Simmons knows about NASCAR or how much of a foodie Dale Earnhardt Jr. is, but a game of Never Have I Ever always brings people together. Plus, Earnhardt is way more of a Bravo fan than we thought.

Dorinda Medley and John Oliver are fans of each other, so this guest pairing actually makes a lot of sense, if you think about it. The proof is in their undeniable and hilarious chemistry during their appearance on WWHL in April.

Kathryn C. Dennis is more used to making news than hanging out with someone who covers it as Willie Geist does on Sunday TODAY and Morning Joe. But these two actually had a lovely time together on WWHL in June. We mean, just look at those beautiful smiles!

We love Maggie Gyllenhaal and 50 Cent on their own. But put them together, and they surprisingly make up the most dynamic duo we never knew we wanted.

We didn't think there could be an odder couple than Martha Stewart and Snoop Dogg, but this domestic goddess with Seth MacFarlane comes pretty close.

We learned that Keith Morrison actually lives in Orange County and knows how to serve up some Real Housewives-worthy sass during his appearance on WWHL with Tamra Judge in September. Perhaps the Dateline correspondent has more in common with The Real Housewives of Orange County mom than we originally thought, after all.

We expected the no-nonsense Below Deck boss to whip the Vanderpump Rules bartender into shape during their September appearance on WWHL, especially after The Daily Dish talked to him. And when it came time for the guys to talk about sex, let's just say we weren't disappointed.

The worlds of The Real Housewives of New Jersey and Gotham are actually not all that different, as we found out when RHONJ fan Robin Lord Taylor weighed in on the Garden State goings-on on WWHL in November.

If you thought Anderson Cooper was too reserved to handle all of Kim Zolciak-Biermann's fabulousness, think again. As it turns out, any friend of Andy Cohen's is a friend of the Don't Be Tardy matriarch. Plus, Cooper is a big fan of The Real Housewives of Atlanta, and he had A LOT to say about Kim's ongoing feud with Kenya Moore. See for yourself, below.