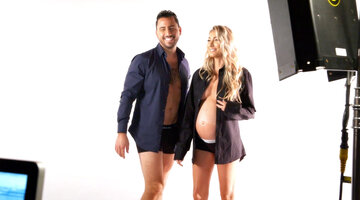 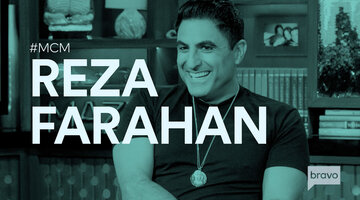 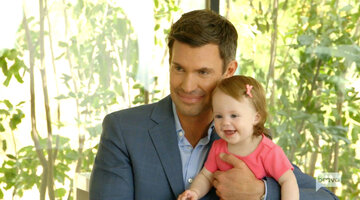 We may never know what Harry Hamlin did, but we do know one thing, according to his wife, Lisa Rinna, and that is that he's an avid viewer of The Real Housewives of Beverly Hills. She shared that her longtime love definitely tunes into the show: "He watches every single one. He does: every single one," she dished on Tuesday's Watch What Happens Live with Andy Cohen.

Then Lisa spilled all the tea about Harry's obsession with the series — and the advice he's offered her over the years, during her appearance in the Clubhouse, which you can watch in the clip above.

It would appear that Harry's stance on The Real Housewives has softened over the years. Back in 2015, during an interview on Oprah: Where Are They Now?, she shared that her actor hubby once had a very different reaction to her signing up for the series way back when. "I went to him and I said, 'They're interested in me doing this show, the Housewives.' His initial response at that time was, 'Nope. I’ll divorce you. If you do it, I’ll divorce you.' I said, 'Ok, done.' No more conversations, done. Walked out of the room, that was that. I was fine with it."

Though, as Lisa noted at the time, he did eventually have a change of heart on the matter. "He comes back to me in like two days, and he said, 'You know, I’ve thought about it, I’ve done some research.' I love when he says that. 'I've changed my mind. I think it might be a good thing for you,'" she recalled a few years back. "My head's going, 'What? Are you kidding me?' Harry, being a really, really smart businessman himself, said, ‘It’s a good thing; it’ll work for you, you should do it.’ So I did it."

Check out Lisa and Harry in action, below.

Lisa Rinna and Harry Hamlin Reveal Marriage Secrets
Life is better as an Insider
Bravo Insider is your VIP pass to never-before-seen content, exclusive giveaways, and so much more!
Sign Up for Free
All Posts About
Lisa Rinna
The Real Housewives of Beverly Hills
Harry Hamlin
Related

The Secret to Lisa Rinna's Marriage Is...

Lisa and Harry are "Complete Opposites"