What Does Kim Richards Think of Brandi Glanville Drinking Around Her?

Kim Richards and Brandi Glanville have become extremely close friends over the years. However, not everyone thinks Brandi has been a good influence on Kim, especially because the model has never been shy about her love of wine. She has even been spotted wearing her "It's Not Fun to Be Sober" T-shirt around Kim.

Andy Cohen asked Kim if it's difficult for her to be around Brandi, given her struggles with alcohol abuse, during the Watch What Happens Live one-on-one with The Real Housewives of Beverly Hills' actress Tuesday. "She’s not constantly drinking," Kim explained. "She likes to drink when she goes out. When we’re together, she doesn’t drink. When we hang out and do our thing, she doesn’t drink around me."

In fact, Kim thinks there's a double standard for Brandi. "When we’re [social] and we go out, all the girls drink. I’m just curious, why is it bad for Brandi, but it’s not bad for all the other girls because when we go out to a thing, they all drink," she said. "So, when I’m with Brandi, she doesn’t drink. So, why is Brandi a bad friend but they’re all not bad friends?”

Brandi has remained supportive of Kim on and off of RHOBH, as has castmate Yolanda Hadid. The two celebrated Kim's 51st birthday last September, and Brandi called the trio "#realfriends" on Twitter.

Kim also defended Yolanda and called out the RHOBH ladies for questioning her illness this season during her WWHL sit-down. See what she had to say, below. 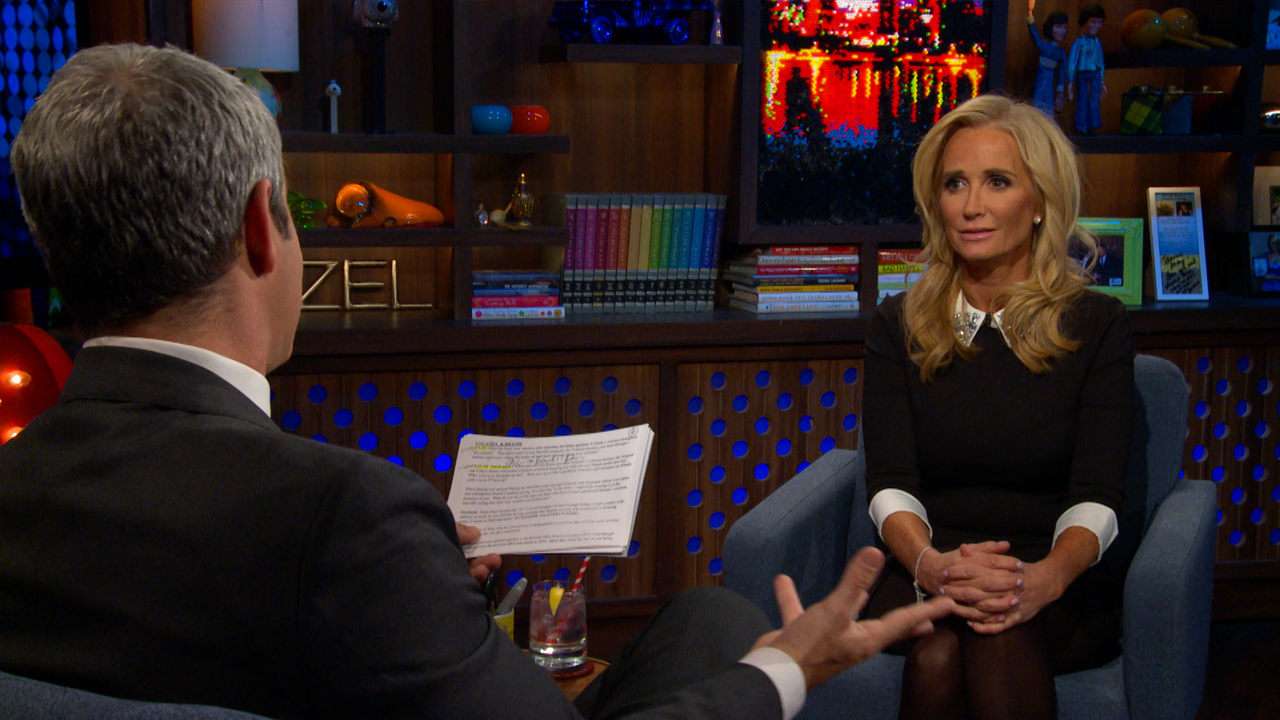