Sign Up for Free to View
The Housewives' Most Memorable Friends 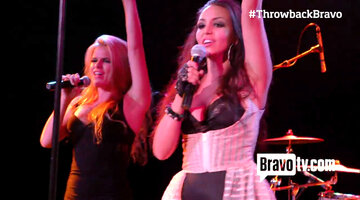 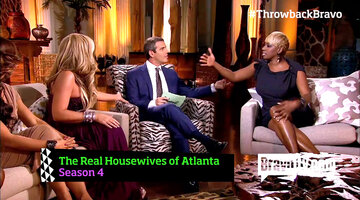 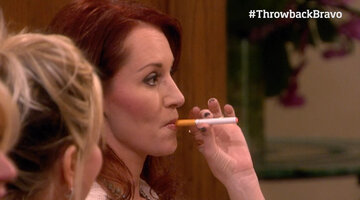 Whenever one of our Real Housewives leaves a franchise, she rarely goes alone: The members of her entourage, who viewers have grown to know and love, also exited. Each week, we'll be looking into the lives of one of these familiar faces. Today, it's The Real Housewives of Orange County guest star Fernanda Rocha.

Tamra Barney introduced Brazil-born lesbian fitness instructor Fernanda Rocha to The Real Housewives of Orange County back on Season 6 after she took one of Fernanda's Brazilian booty workout classes. Then the drama started.

Fernanda revealed to Lynne Curtin that she and Tamra had shared a kiss at Tamra's birthday party a year earlier—a revelation that upset Fernanda's ex-partner and raised a few Housewives' eyebrows too. "Okay, there might have been some tongue," Tamra finally admitted, "but there was no nipple-tweaking!" Then Fernanda got upset when Tamra tried to downplay the smooch, saying she was drunk, until she finally owned up to it, telling Andy Cohen when the season ended, "I was aware of what I was doing."

These days, Fernanda is still teaching cycling and bootcamp classes at Art of Fitness, the gym and juice bar she co-owns with her ex Marian Keegan in Laguna Beach, Calif. She's also released her own fitness DVD, Brazilian Booty Workout, and has a line line of workout wear under her Jiinga fitness brand. And in May 2014, Fernanda revealed she'll also soon be a spokesperson and host on Vida Media's upcoming TV Exercicios network.

In December 2013, Fernanda proposed to her girlfriend, photographer/stylist Lesli Matta. "And She said: YES!!! We are engaged ;))" Fernanda revealed on her Facebook page. Since then, she and Lesli have remained mum on their relationship.

Every 'Housewives' Tagline EVER!

Life is better as an Insider
Bravo Insider is your VIP pass to never-before-seen content, exclusive giveaways, and so much more!
Sign Up for Free
All Posts About
The Real Housewives of Orange County
Related Show