Which Bravo Show Is Rihanna Obsessed With?

Picture this: You're at the gym, doing crunches, and you spot one of the biggest pop stars on the planet. But there's a twist—she notices you as well and strikes up a conversation.

Such was the case for Shahs of Sunset star Reza Farahan, who had a run-in at an L.A.-area gym last week with the one-and-only Rihanna.

Turns out, the singer is a major fan of Shahs of Sunset and took a moment to chat up Reza about her fandom. After sharing the news on Twitter, we reached out to Reza and here's what he told us about the encounter.

"She said, 'I don't want to be 'that' person at the gym, but you're crazy...love your show," Reza reveals. "Her trainer then sat her down on the rowing machine next to me and apparently she was trying to keep up with me."

It seems Reza, who revealed his stunning weight loss last October, is also a fan of the singer's after the exchange.

"She couldn't have been any nicer!" he says, noting how cool she was. "She's very respectful, polite and just as beautiful at the gym working out, as she is one her magazine spreads. Although I just thanked her very politely, as my fat ass was totally out of breath...I was rowing like my life depended on it, but I was doing cartwheels on the inside!"

This going 2 sound unbelievable, but was just working out w/my trainer & @rihanna interrupted me to give me & #Shahs a compliment @Bravotv

Watch a sneak peek of the new season of Shahs of Sunset, premiering March 2 at 9/8c. 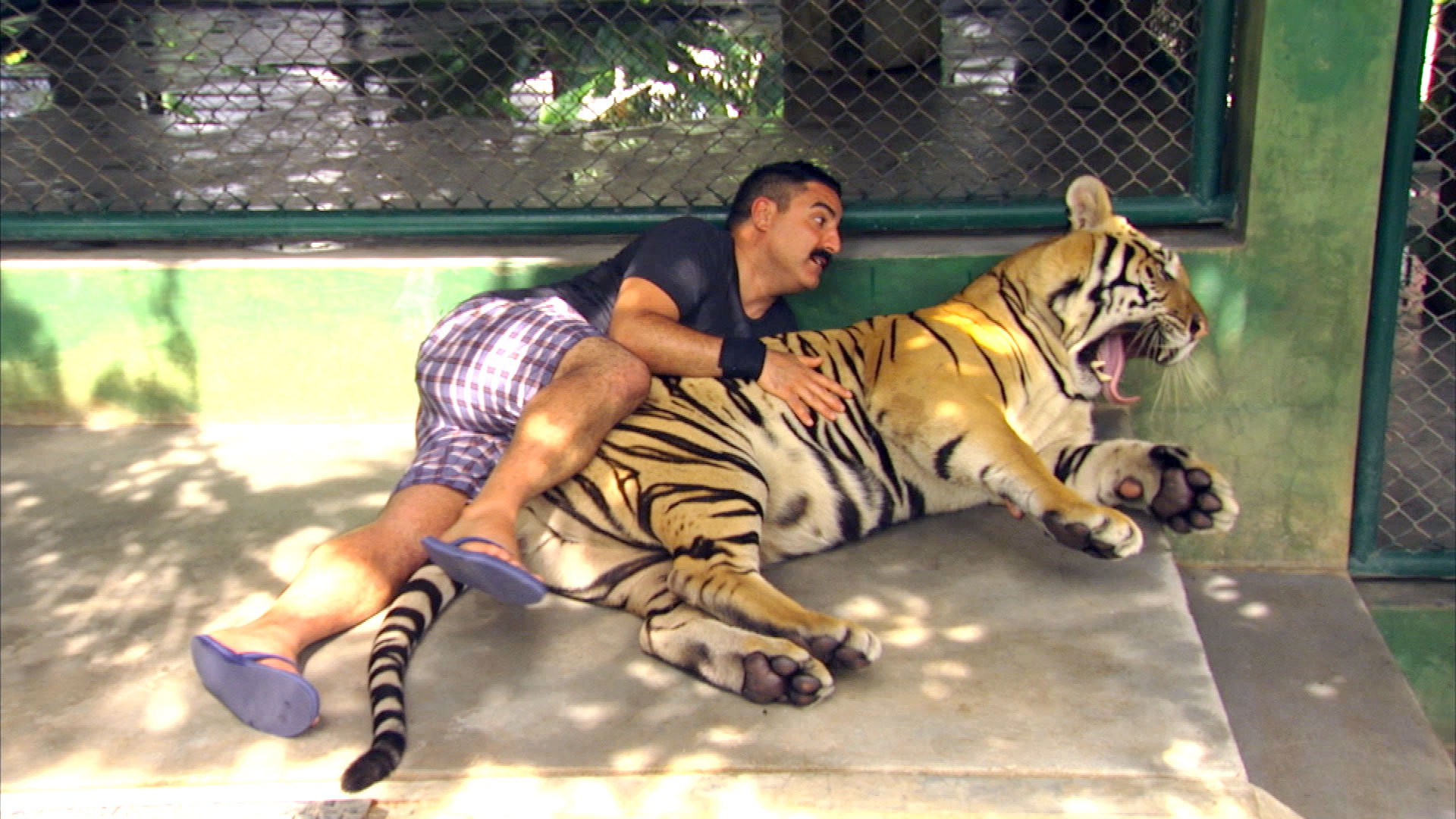