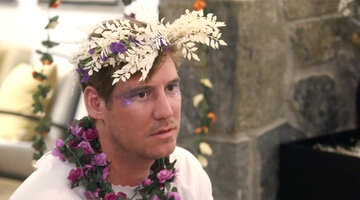 Now Playing
5:59
Preview
Austen Kroll Claims Lindsay Hubbard Made a Move on Him After Reuniting with Carl Radke 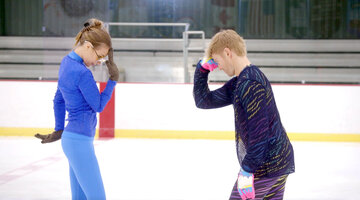 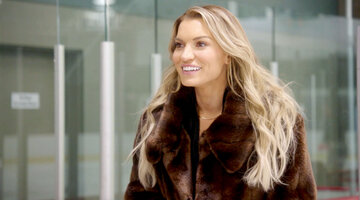 1:03
Preview
Lindsay Hubbard Gets Teary Talking About Her Relationship with Carl Radke

Jessica Stocker says she feels like she’s back in high school on Winter House, and she’s about to get a lesson in dealing with drama.

On the November 10 episode, “Cold Shoulder,” Jessica told the other ladies that she didn’t feel like she was “click[ing]” with them.

“I do feel like I walk in the room and I’m not always noticed or complimented. Obviously, it’s a different vibe because you three are close,” Jessica said about Ciara Miller, Paige DeSorbo, and Amanda Batula. “It does feel like mean girls, kind of... I just feel like I’m walking into high school and I don’t fit in.”

Paige stormed out of the room after Jessica aired her grievances.

The episode concluded before fans could see the end of the conversation, but thanks to a sneak peek clip from the November 17 episode (which you can watch above), you can now find out how everyone reacts to the disagreement.

After exiting the bedroom, Paige tells her boyfriend, Craig Conover, that she’s “so motherf--king sick” of Jessica. Meanwhile, the other ladies continue to ask Jessica about how she’s feeling. Ciara says that Jessica “isolate[s] [herself] with the guys,” and the Season 2 addition acknowledges that she has an “insecurity” because she’s scared of being rejected by women.

“It hasn’t always been easy for me to make girlfriends. That’s why I do date a lot and have a lot of boyfriends, because I get attention. I struggle with that, and that’s not something I’m proud of,” Jessica says, before admitting that she hasn’t asked the other women much about their own lives, either.

“It goes both ways, a little bit,” Amanda responds. In an interview, the Summer House cast member admits that Jessica confuses her.

“Girl, this is just out of the blue,” the Loverboy employee says. “Jess just seems to say one thing to one person, but act another way to their face… I want to know what happened in her mind that got her there.”

Will Jessica be able to bond with the ladies now that she’s told them how she feels? You’ll have to tune in to find out.

Life is better as an Insider
Bravo Insider is your VIP pass to never-before-seen content, exclusive giveaways, and so much more!
Sign Up for Free
All Posts About
Amanda Batula
Ciara Miller
Jessica Stocker
Paige DeSorbo
Rachel Clark
Winter House
Related

How Jessica Stocker Feels About Her Winter House Mates