You Need to See These Throwback Pics of Erika Girardi 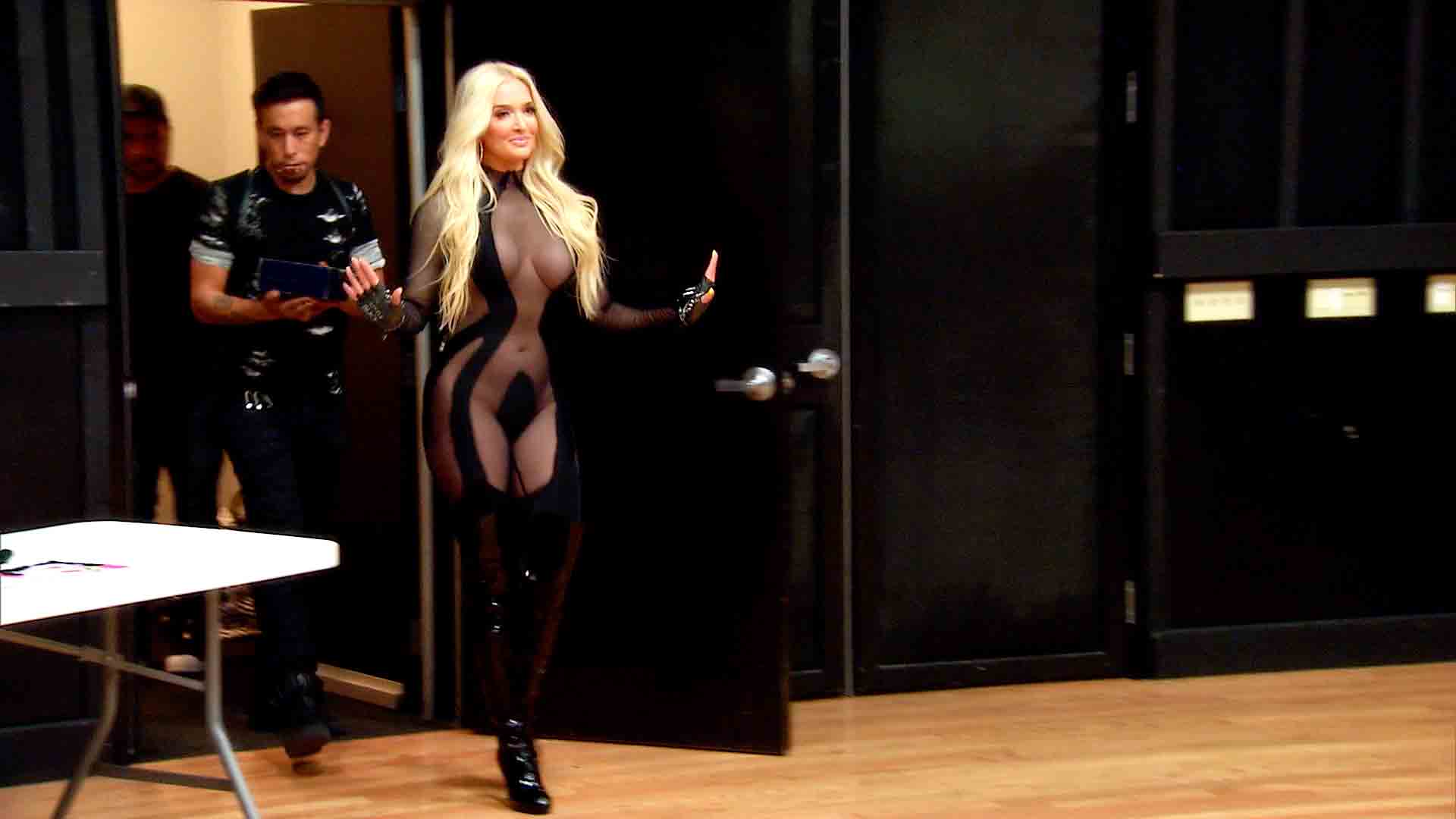 We know Erika Girardi as Real Housewives of Beverly Hills wife and mother by day, and sleek, sexed-up pop star Erika Jayne by night. And as Erika Jayne, she usually looks a bit like this:

Erika, again in her video for "Crazy."

But in digging into Erika's past, we've found that she's always had a flair for funky fashions — albeit at varying degrees of sexy.

As you can see in this 2007 snapshot from the Baby Phat By Kimora Lee fashion show in New York, her look was definitely more demure. But Erika gets props for that lavender-hued bustier peeking out from underneath her lizard-print jacket.

The singer somehow managed to make a three-piece suit look seems edgy, as seen here in 2008. Maybe it's that sassy, almost Charlie's Angel-like look in her eyes that adds that little bit of sex appeal she's known for.

She managed to turn up the heat all the way up while hitting a round of golf in 2010 in L.A. We have to admit, very few women can pull off heels, cut-offs, and a bikini top on the green like Erika can.

There's no butts about it — Erika knows how to grab everyone's attention, as seen here when she rocked a bottom-baring get-up paired with sparkly fishnets, a holster, and sequined toy gun at Splash nightclub in NYC in 2010.

In 2011, at a New York Fashion Week portrait session, Erika looked fierce in all black. She gets extra props for her in-your-face usage of that Barbie necklace. Who says she doesn't know how to brand herself?

You can check out some more vintage photos of Erika, below.

Cameran Is a "Big Fan" of New Housewife Erika Girardi