Sign Up for Free to View
NeNe Leakes' Style Evolution 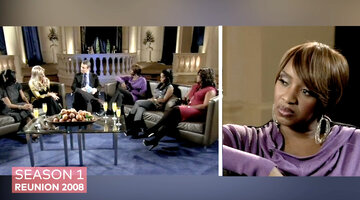 3:57
The Real Housewives of Atlanta
See How RHOA Reunion Fashion Has Evolved Over the Years 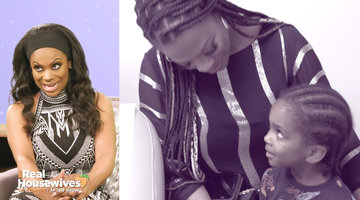 2:18
The Real Housewives of Atlanta After Show
Kandi Burruss Is Ready to "Pop Off" on Someone If She's Wearing This Outfit 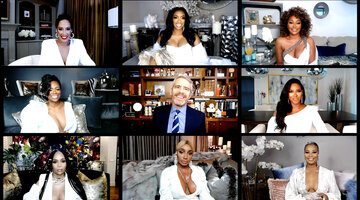 NeNe Leakes has always been a statement-making fashion diva. Not only does The Real Housewives of Atlanta pal love to dish out fabulous looks, but she also has no problem dishing out fashion advice when needed — even if it's for herself.

Over the past several seasons on RHOA, we've witnessed NeNe's sense of style continuously evolve (watch it all unfold in the clip above). So when we asked the Swagg Boutique owner to reflect on her Season 1 style, you can bet that she had some choice words to share with her past self.

Before we get into NeNe fashion's wisdom, here's a quick refresher on NeNe's Season 1 style:

"Oh my god, Season 1 NeNe would need to just do everything over," she told The Lookbook. She continued, "I mean no, gosh, she should take her hair off and throw it away, change her makeup, like, really, girl? Season 1 NeNe needs to just take it all off, girl. Everything. Isn’t that crazy how you look in the mirror and you think the mirror’s telling you the truth, but my mirror lied to me a lot of times."

After nine seasons of being a Real Housewife, we'd say this Georgia peach has definitely mastered her angles.

Life is better as an Insider
Bravo Insider is your VIP pass to never-before-seen content, exclusive giveaways, and so much more!
Sign Up for Free
All Posts About
Fashion
Nene Leakes
Fashion Looks
Related

Where NeNe Leakes Draws the Line for Cosmetic Procedures

Here’s How Lisa Reacted When James & Ally Moved In Together

Get a Peek Inside James & Ally's Apartment

See the Sweet Gift Paulie Got Dolores for the RHONJ Premiere