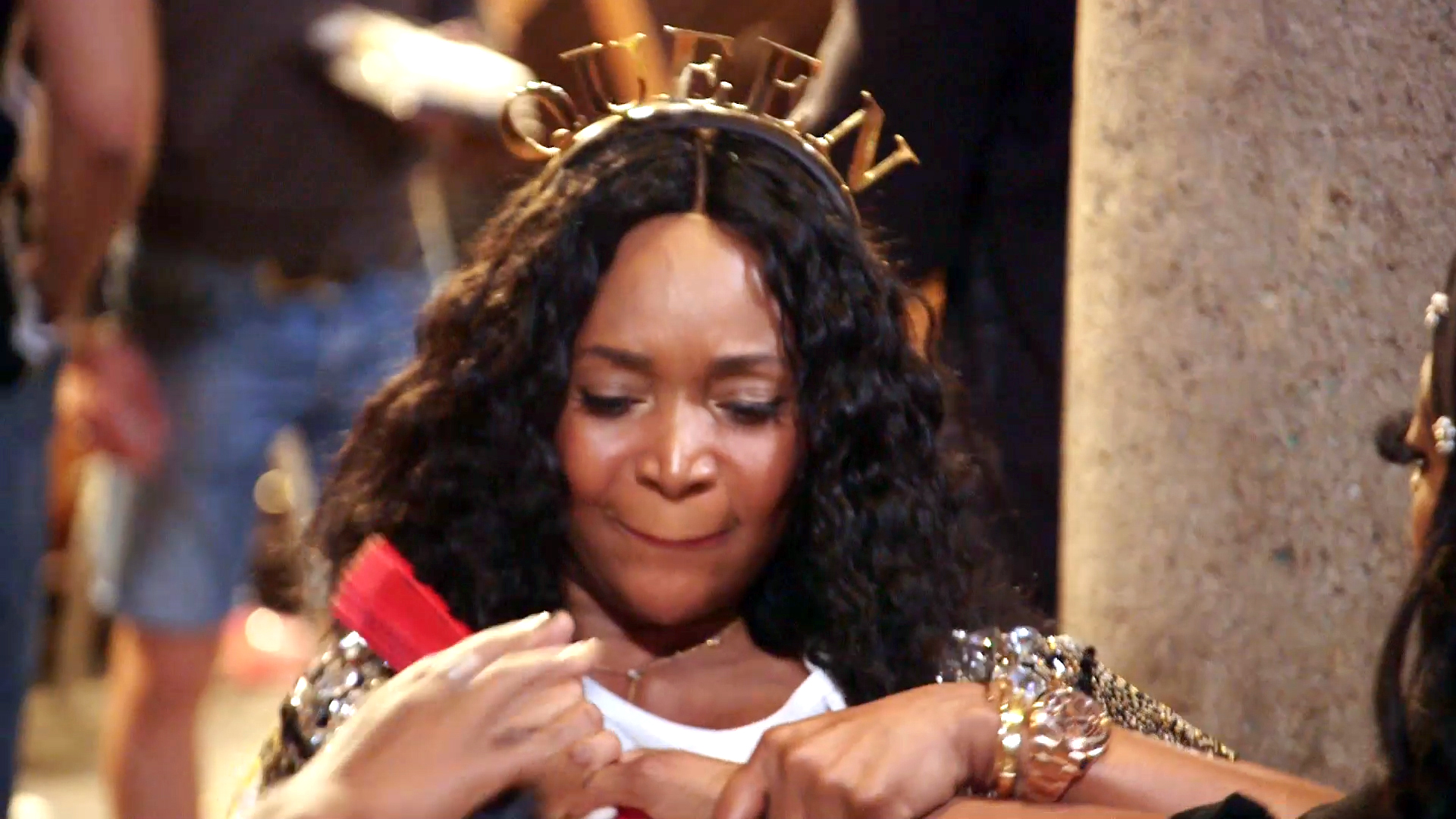 BravoTV.com: What did you think of Porsha's kissing skills?
Since Porsha and I had a little spat earlier in the trip, I was glad when she offered up herself to kiss and (hopefully) makeup. LOL! However, I was a little disappointed in her kissing skills. I know this was not her first rodeo, so I expected more! I felt a little short-changed. 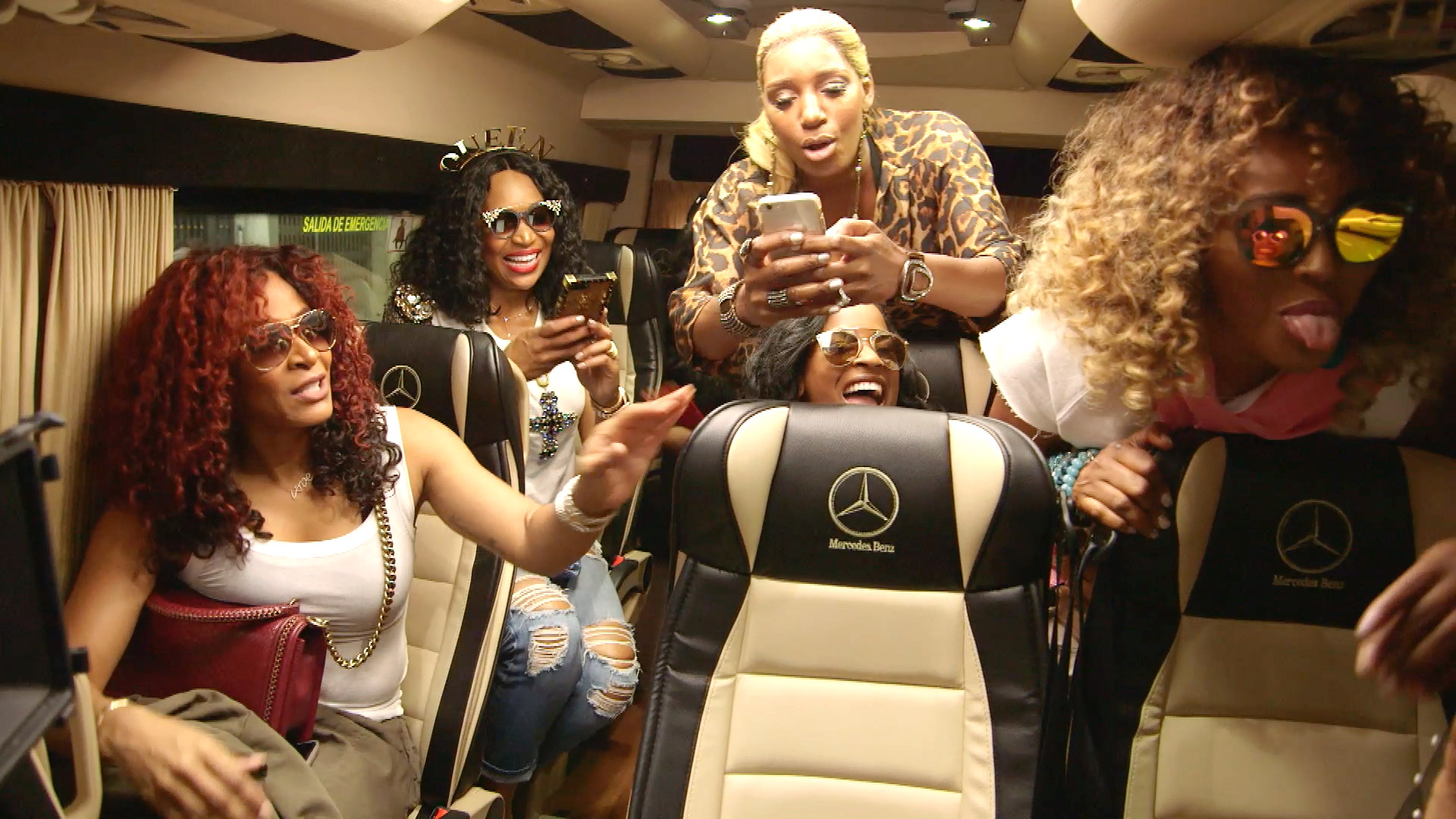 BravoTV.com: Were you surprised Porsha got so upset about the doormat?
Porsha and Marlo was seated at one end of the table, and I was seated at the opposite end, so I missed a lot of the initial conversation that sparked the commotion. However, when I did catch on to the doormat conversation, and I thought it was silly and funny. Who cares about the size of someone's doormat? I tried to lighten up that moment by jokingly telling Porsha that I know IKEA has larger ones, since according to Marlo, I furnished my entire house with IKEA. LOL! I actually don't have a doormat, but you know where I will be getting it from when I do get one! I love IKEA. 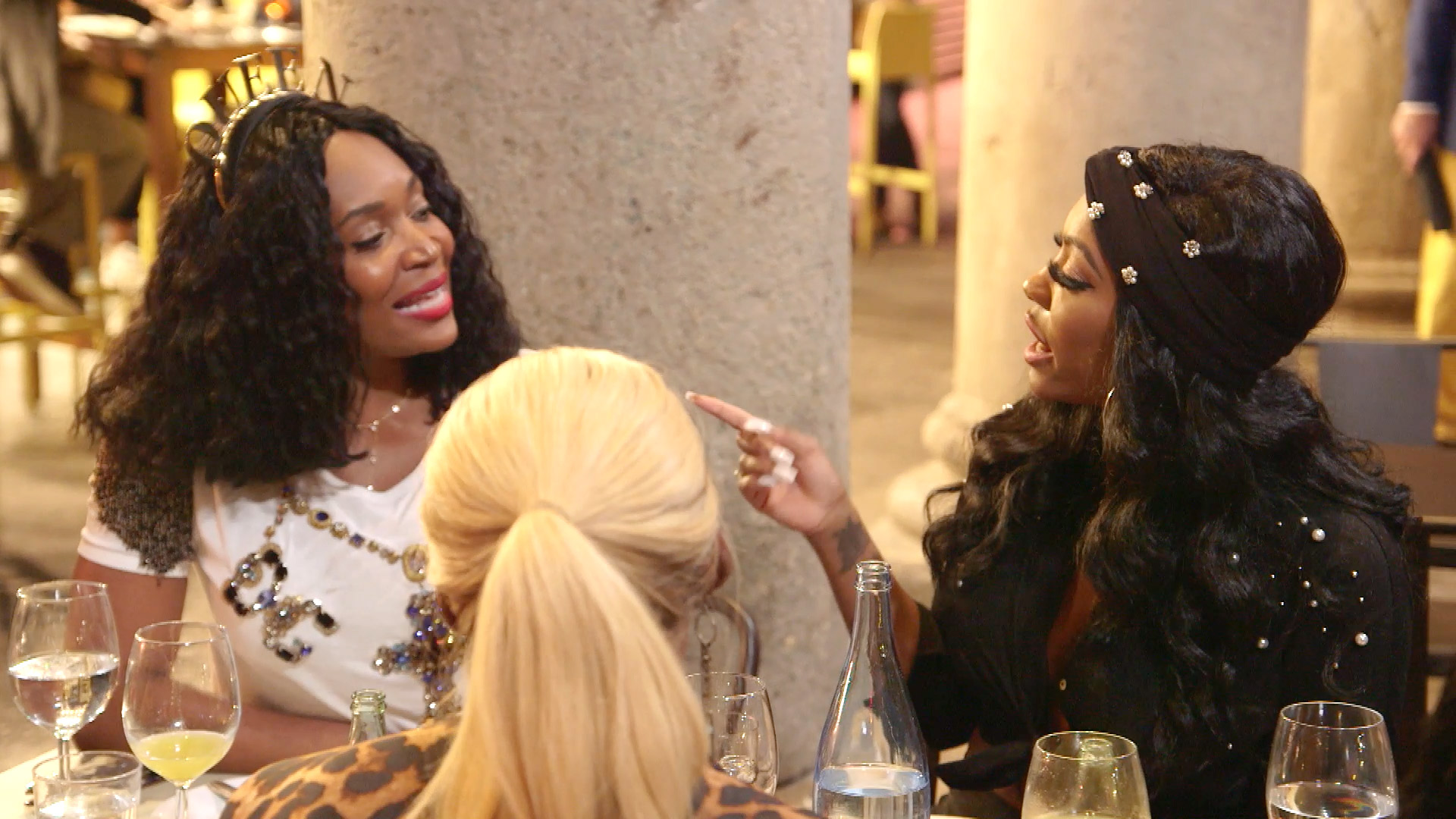 The ladies are spilling even more tea in the After Show:

What Would Porsha Have Done Differently with Marlo?

Cynthia Shares Update on Her Relationship with Will