I breathed a sigh of relief when Todd told Kandi it was too soon for her mom to move in with them. Agreed! Way too soon for a couple that hasn't been together all that long.

Then again, it would probably be highly amusing in an Everybody Loves Raymond kind of way to have Joyce in the guest house. They could have fun family recording sessions, Joyce would of course walk into a Bedroom Kandi party at some point and be scandalized, there would be great Riley and Joyce interactions -- the possibilities for comedy are endless here! And we haven't even met Todd's parents yet... 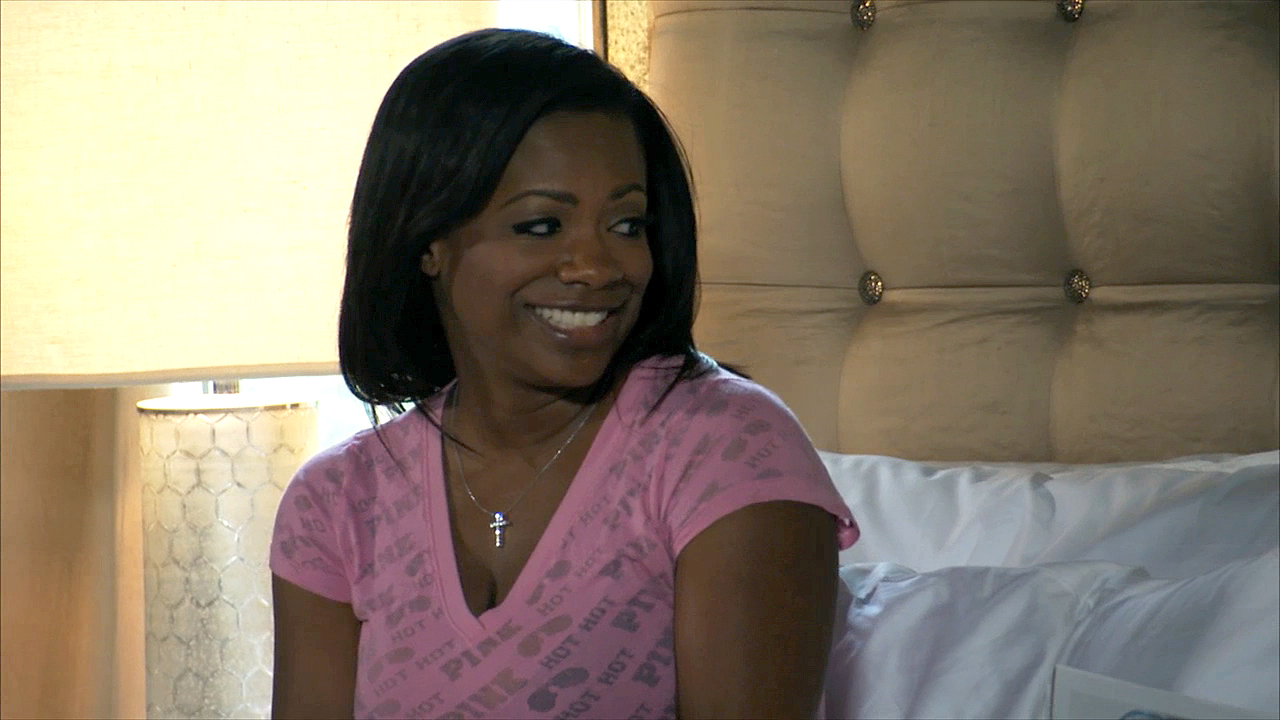 Not actually, but that's what she feels like Cynthia is doing to her when they meet to discuss the Walter situation. Now, I don't think Cynthia was wrong to say that Kenya might have gone a little overboard. Sometimes you need a friend to give you some perspective on your actions. It's helpful to know whether you can truly pull off capris, or whether you were wrong not to invite someone to your party just because they always bring really cheap wine -- that's what friends are for.

However I can sympathize with Kenya. When you have a breakup with someone (friend, lover, etc.), the last thing you want to do is SEE the person again. You avoid them like the plague and try and convince the world that they should do the same. Nothing is more awkward than running into the person and trying to feign interest in what they're doing. It's the worst!
Preview
Cynthia Scolds Kenya 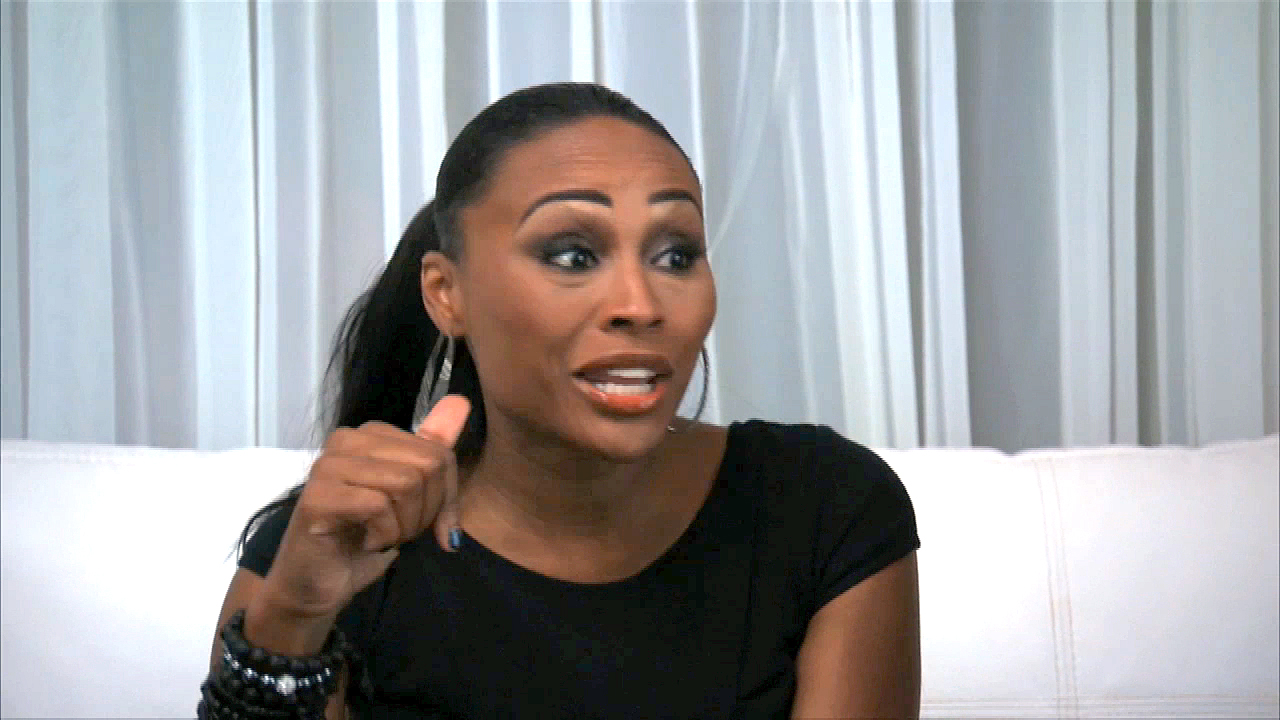 DJ hit it! ... I think Phaedra and Apollo need to release a blooper reel from their DVD filming, because they were hilarious. I was dying when Phaedra threatened to fire the DJ and I can only imagine there were more crazy moments on set between Phaedra doing that cowgirl whirlwind move and the leg lock with her partner, Ayla. I know laughter's the best medicine, but it's probably great for the abs too, right?

Kenya on the other hand was all business. She wasn't kidding around when she told the extras that they had to "keep it pleasant" any time the cameras were rolling. I felt for them, because when I do a class at the gym, the look on my face is probably pretty far from pleasant. I'm also not sure my but can do half of the things Kenya had going on -- this is no video for booty building beginners!
Show Highlight
Dueling Work Out Videos 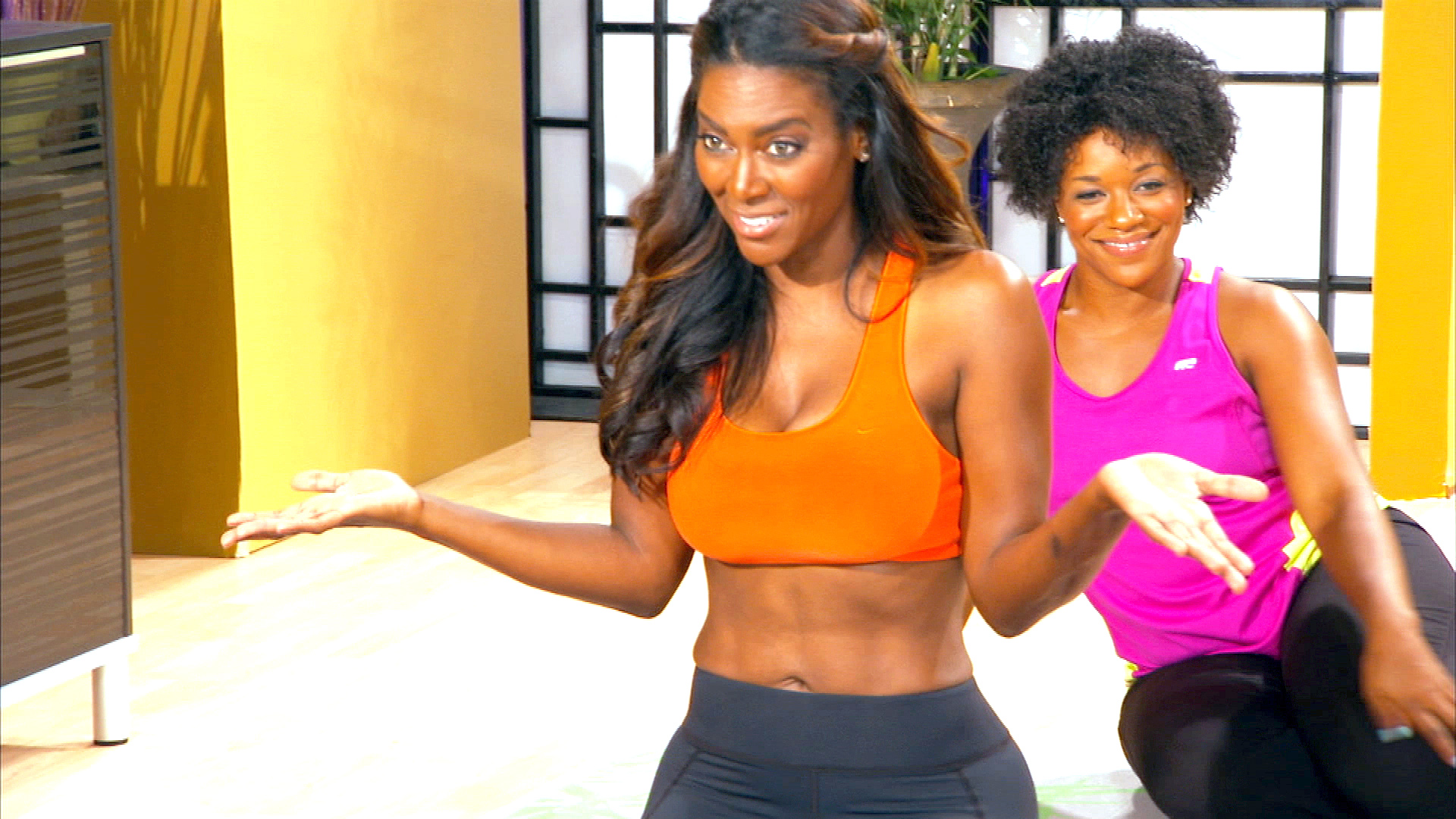 Next week things get heated on the finale when Kenya throws Porsha out of her party. Never go back on your word about a B.A.P.S. costume...
Preview
Kenya Kicks Porsha Out 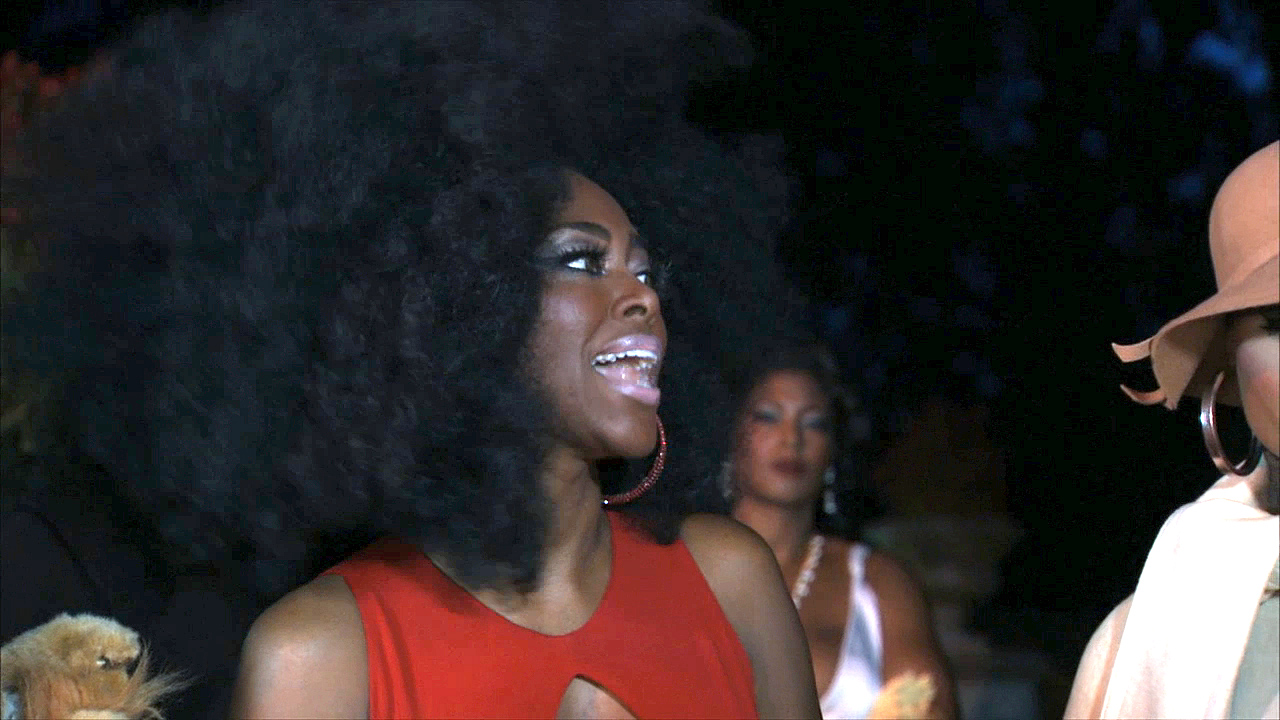