The final installment of the Anguilla trip has proved to be miraculous -- NeNe rode a horse, Kandi finally had a breakthrough with NeNe, and Walter somehow didn't propose to Kenya, despite her persistent inquiries. I suppose in the spirit of Christmas, the Anguilla trip has turned into the gift that keeps on giving.

Given NeNe's distaste for danger (I think she nearly passed out when Kenya put the pedal to the metal on that speedboat), it wasn't exactly shocking that NeNe's not a natural equestrienne, unlike Phaedra.

After Gregg helps hoist her up onto her noble steed, NeNe holds onto its neck for deal life as it moves at an incredibly slow trot while the handler holds the reins. And with that she jumps down and thirstily seizes a cocktail from one of the waiters who handily happens to have a tray full of daquiris. Horses may not be her thing, but NeNe does know her way around a cocktail.

Preview
NeNe on a Horse 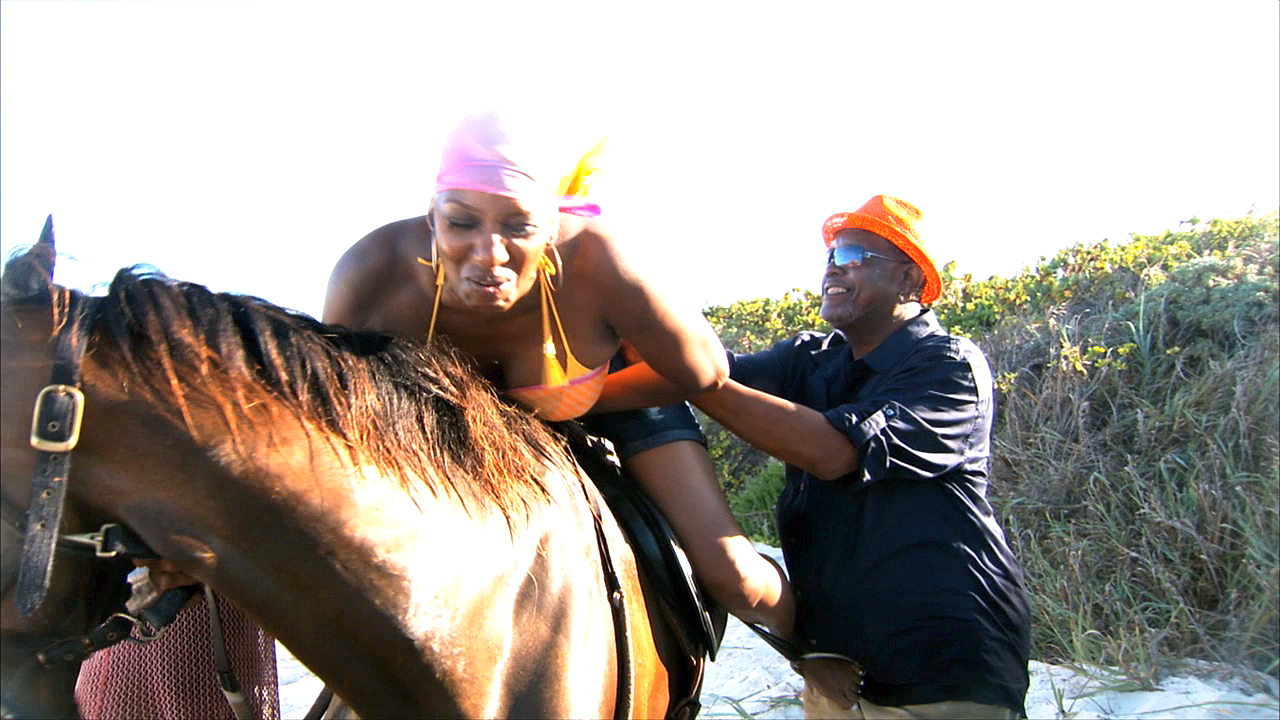 Evidently not. After one of the more awkward dinners in Housewives history, where everyone except Kenya seems to be aware that Walter has no intention of proposing to Kenya, Kenya has a talk with Walter, which ends up being even more awkward than the dinner. Evidently Walter saying "anything can happen in three days" led Kenya to believe he was definitely proposing to her. And even if Walter was considering, Kenya's constant pressuring only helped to dissuade him.

So after this revelation, Kenya storms off into the Anguilla woods to go sulk alone in the dark. At which point, Phaedra realizes maybe someone should go get her so she's not sitting out alone in a strange country by herself, so off she trots to her rescue. As Kenya tearfully explains the situation, Phaedra opens up her patented "everybody knows" playbook to share some wisdom about marriage: "Everybody knows the only person looking for a husband is somebody that ain't never had one, honey, because it's more work than what you think it is." Amen!
Show Highlight
Kenya Breaks Down 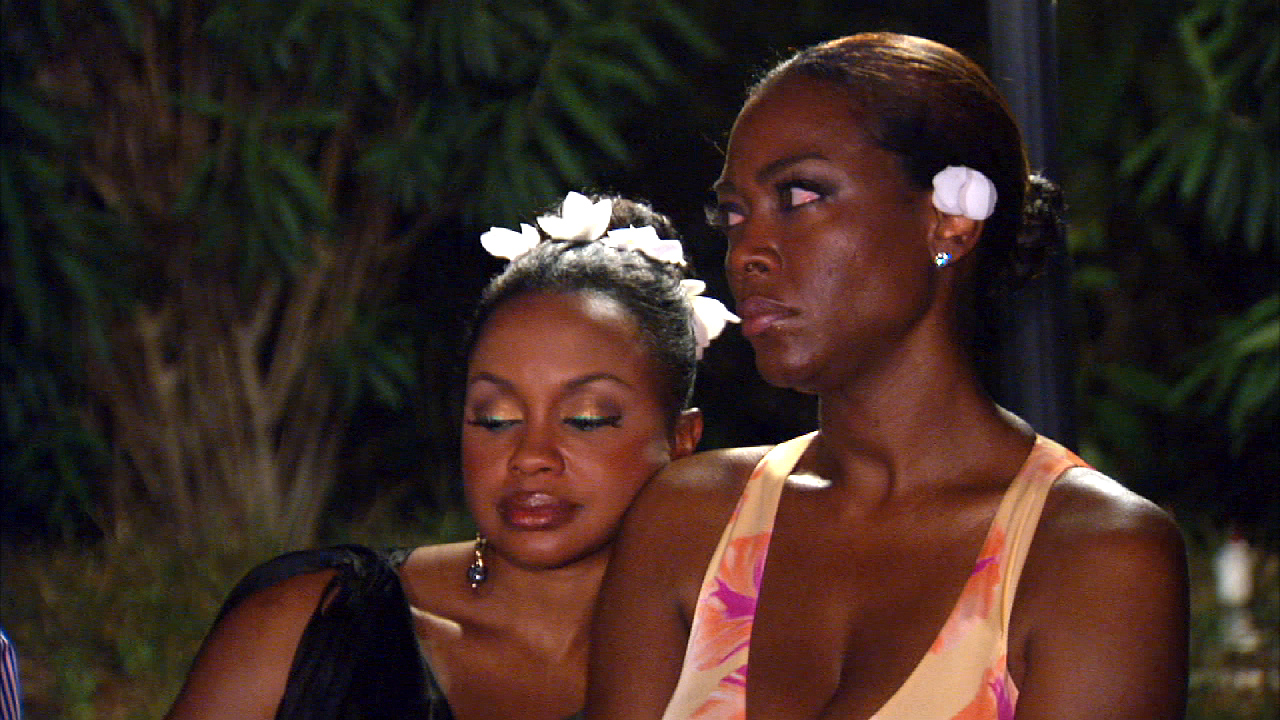 I don't know about you, but I never did really get why Kandi and NeNe have never gotten along. There's seemingly never been a solid reason for they can't be friends. But all they needed was a little Anguilla magic evidently, because they've finally thawed their icy friendship. I'm guessing it was NeNe's dramatic reenactment of Kenya and Porsha's fight that really warmed Kandi up to the idea of friendship.

Let's just hope this is only the beginning of a beautiful new friendship, because I think there could be some fun times had between them. Especially because it might actually lead to NeNe's song 'Excuses' actually being produced.
Show Highlight
NeNe Sharing Her Feelings 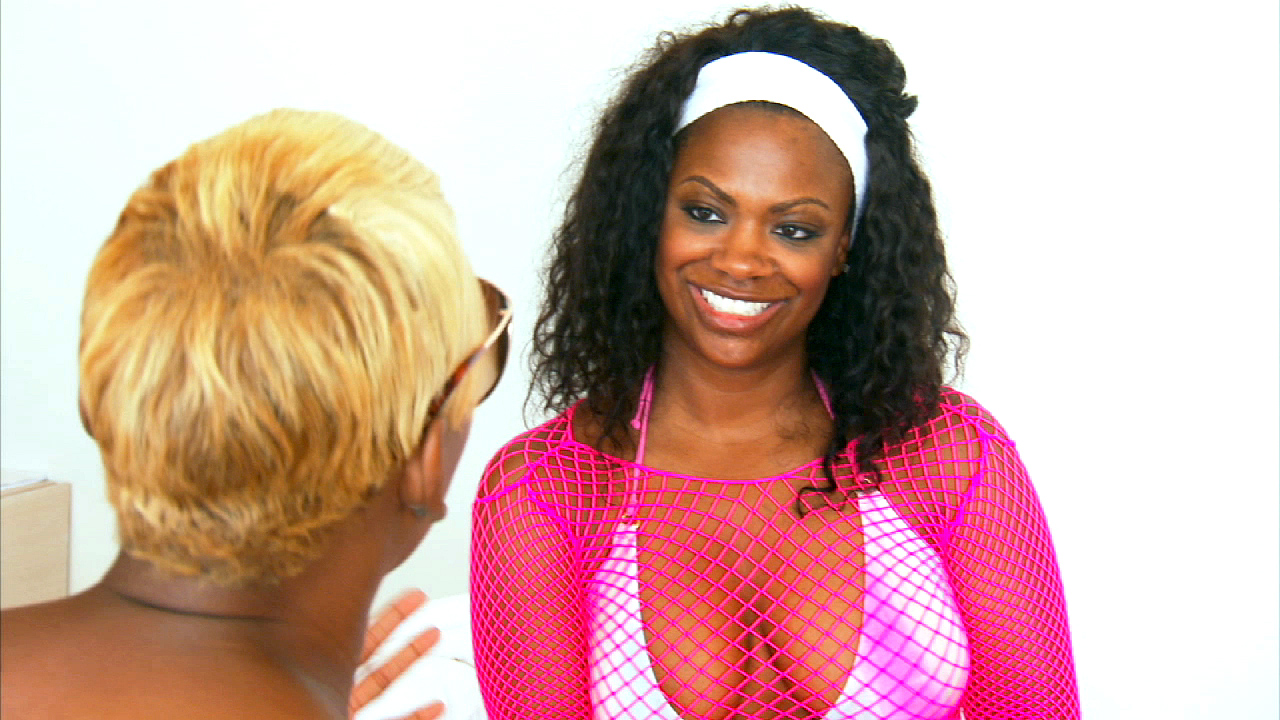 Next week it looks like there might be some trouble in paradise for Phaedra and Apollo.
Preview
Finding Apollo 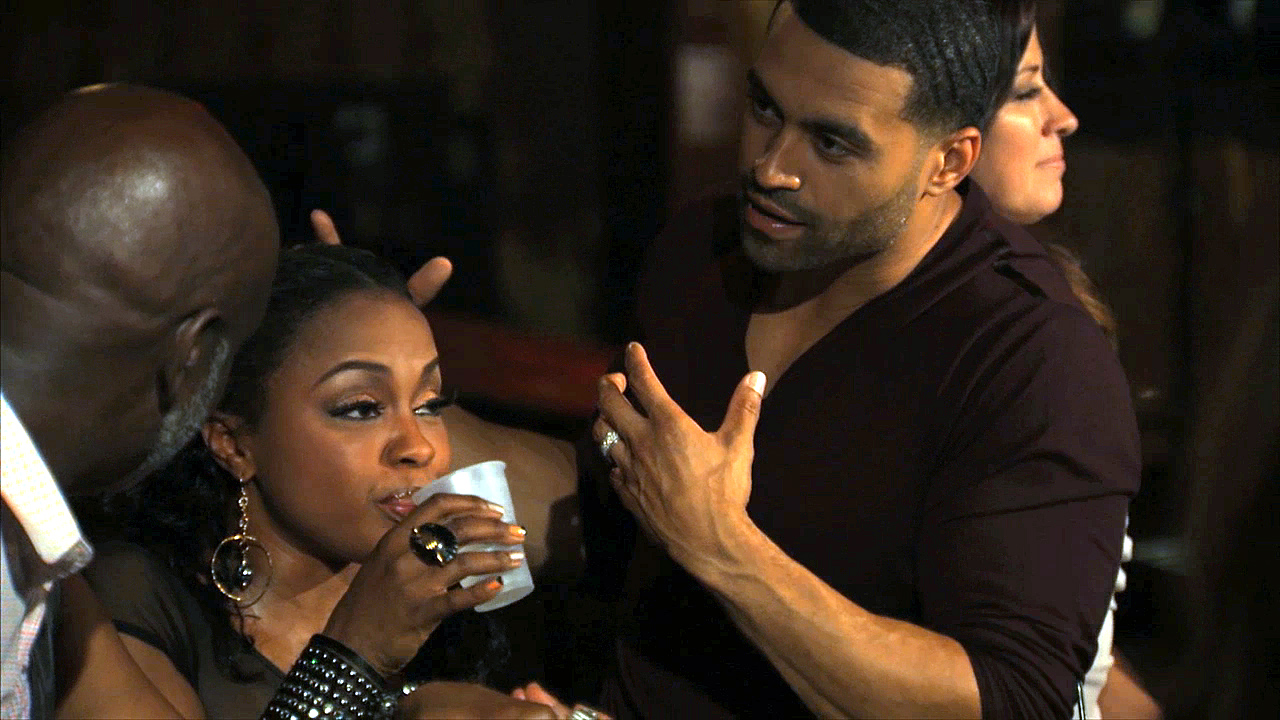 1 hour ago
See All Clips