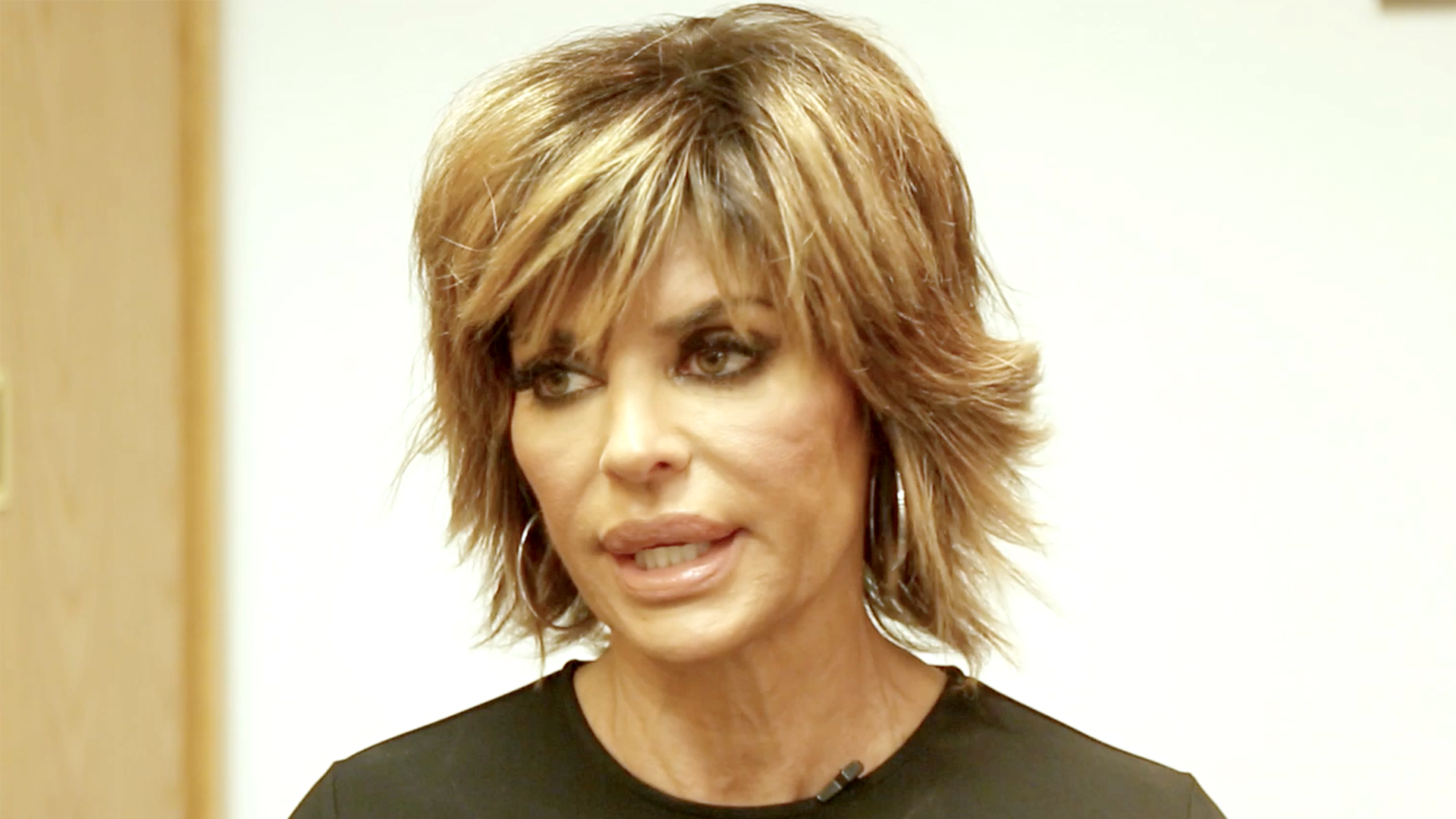 Fashion's biggest night is here, and Lisa Rinna, for one, is prepared. Though The Real Housewives of Beverly Hills actress won't be ascending the famous steps of New York's Metropolitan Museum for the Met Gala tonight, she figures she may as well hydrate her skin ahead of the "Camp" themed event. Let's have Lisa herself explain why.

On the eve of the gala, the Beverly Hills mom filmed a video of herself lying in bed with a white face mask on. "This is my Met prep," she explained. "I'm using Dr. Barbara Sturm's face mask, because it's really really hydrating. And since the Met ball is Camp this year, well, you'd certainly think I'd be going, right? Well, I'm not," Lisa said. But that's not to say Anna Wintour won't be working her into her seating chart sometime soon!

Lisa continued: "You know what? I'm deciding that one day if I think that I'm [at the Met Gala] and I've just decided that I'm going to go in my mind, someday I will go. And someday Anna Wintour will OK me and let me go and be there. And I will. So, I'm going to get ready for tomorrow night, now. Even if it's in a year, two years, three years, four years. I am going to think positively and manifest it. So as I sit here with my mask, I just wanted to share the moment of prep with you. It's not an ad. It's love."

Take a look at this manifestation in action:

If you want to join Lisa in manifesting some positive things — at least for your skin — keep scrolling to see where to nab the "really really hydrating" mask for yourself.

To relive some of our favorite Met Gala looks of all time, click here. The gallery is missing just two things: "iconic hair and big lips."

Go Inside Andy Cohen's Heavenly Night at the Met Gala

Alexis Offers a Peek at Her Grotto-Style Pool

Marlo Offers Proof She Has "Officially Lost My Mind"

Josh and Heather's Backyard Is a Self-Isolation Haven