Flowers Are a Step in the Right Direction

Well hello to you all. Welcome back! I have missed you all but have been overwhelmingly busy. So here we are again as the curtain rises on what will prove to be an incredible season, full of twists and turns, and certainly some rather challenging hurdles!

The dynamics of this group of women certainly changed at the reunion last season -- feelings were hurt, accusations were rife, and the reverberations were felt by all, but we, because of the situation in which we are immersed, we have to make decisions about the best way to go forward.

I knew as I planned our third anniversary party at Villa Blanca that inviting Adrienne would not only be hypocritical but, at best, an uneasy, awkward meeting that would cast a negative slant on what was supposed to be, a joyous occasion. I hadn't seen her socially since that day, certainly she had never reached out, she had hosted an event with the other girls in Vegas and I understood the friendships to be divided. I was not of the mind to invite her just because filming was beginning.

Preview
The Odd Woman Out 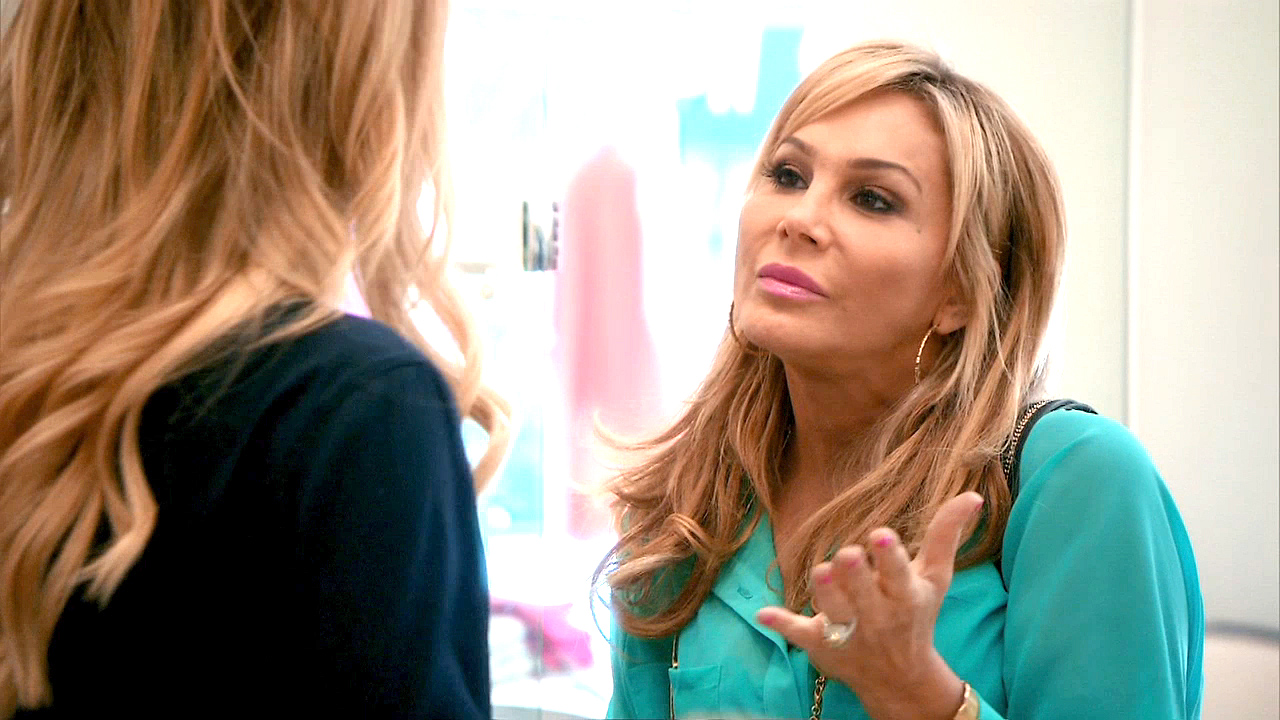 I knew for me to go forward, I needed a reconciliation, some sort of closure and it had to start with an apology, or I would just be polite in her company but that was most she could hope for.

Kyle had sent me an email after the reunion. We had then talked and issues were dealt with, can't say resolved but there was a semblance of peace between us. Brandi and I had become closer. I relished her honesty and enjoyed the playful banter between us. I also didn't forget how she had chosen not to side with the others. So Brandi comes to our new house, frankly saying she wanted to be the first to see it, rubber sheet and tequila gun in hand, but with good intention!

The Villa Blanca party was a really small gathering, but I had invited Yolanda and David to join us. This would be her introduction to the group and I was excited to see their reaction. Kim and her connected immediately and I was running around like a chicken with its head cut off.

In the middle of the evening a messenger arrives, announcing there was a delivery for me and lo and behold this massive tree trunk, decorated with flowers and feathers arrives with good wishes from Adrienne. Look I know it was a statement but regardless of that I saw it as a step in the right direction, not the way I would've handled it but we are clearly very different people. I knew many poked fun at the arrangement ,being the fact that my restaurant is called Villa Blanca. . .white! Also anybody who knows me knows I love pink! 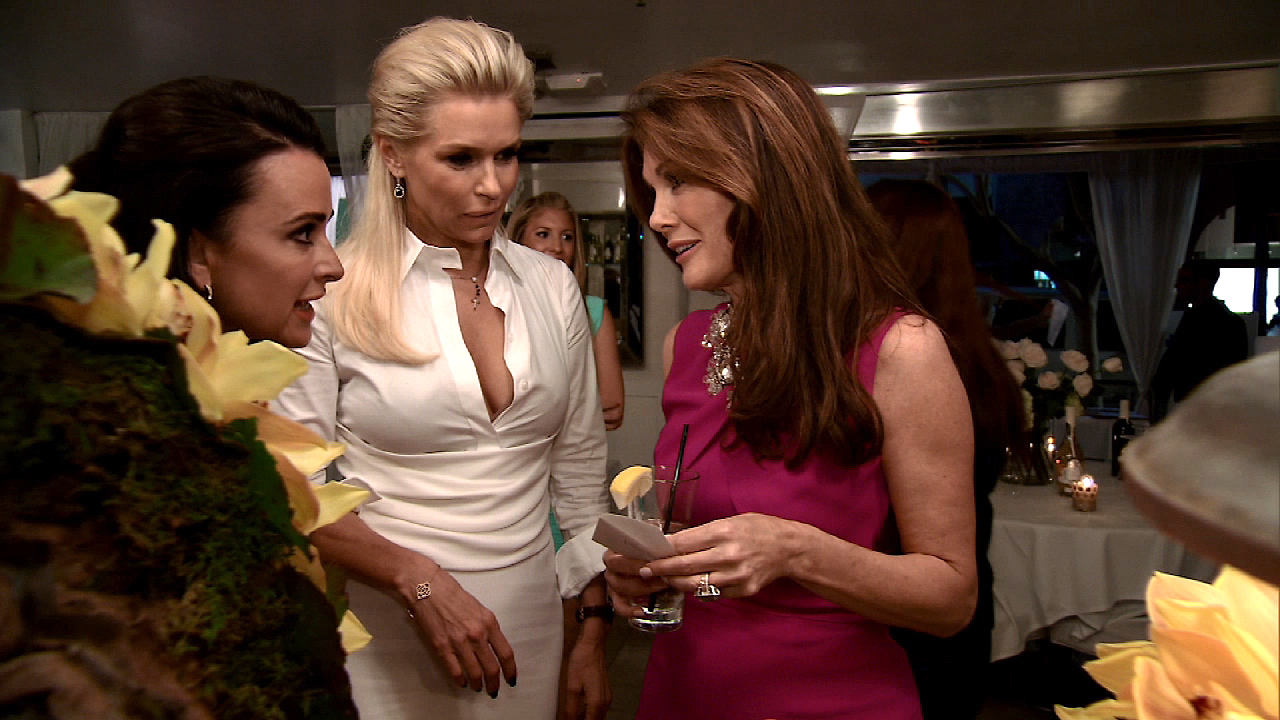 Anyway you will have to watch and see how this plays out, the journey on which we take you will be at times, a little bumpy. When I saw this show tonight I realized just how much I have missed it, seeing little darling Portia, the beauty of Yolanda's house, Brandi and her playfulness, so many components that will ensure an amazing season, so until next next week. . .