Eileen Davidson: Why Do All Roads Lead Back To Kim?

Preview
Next on RHOBH: LVP Might Kick Eden's Ass 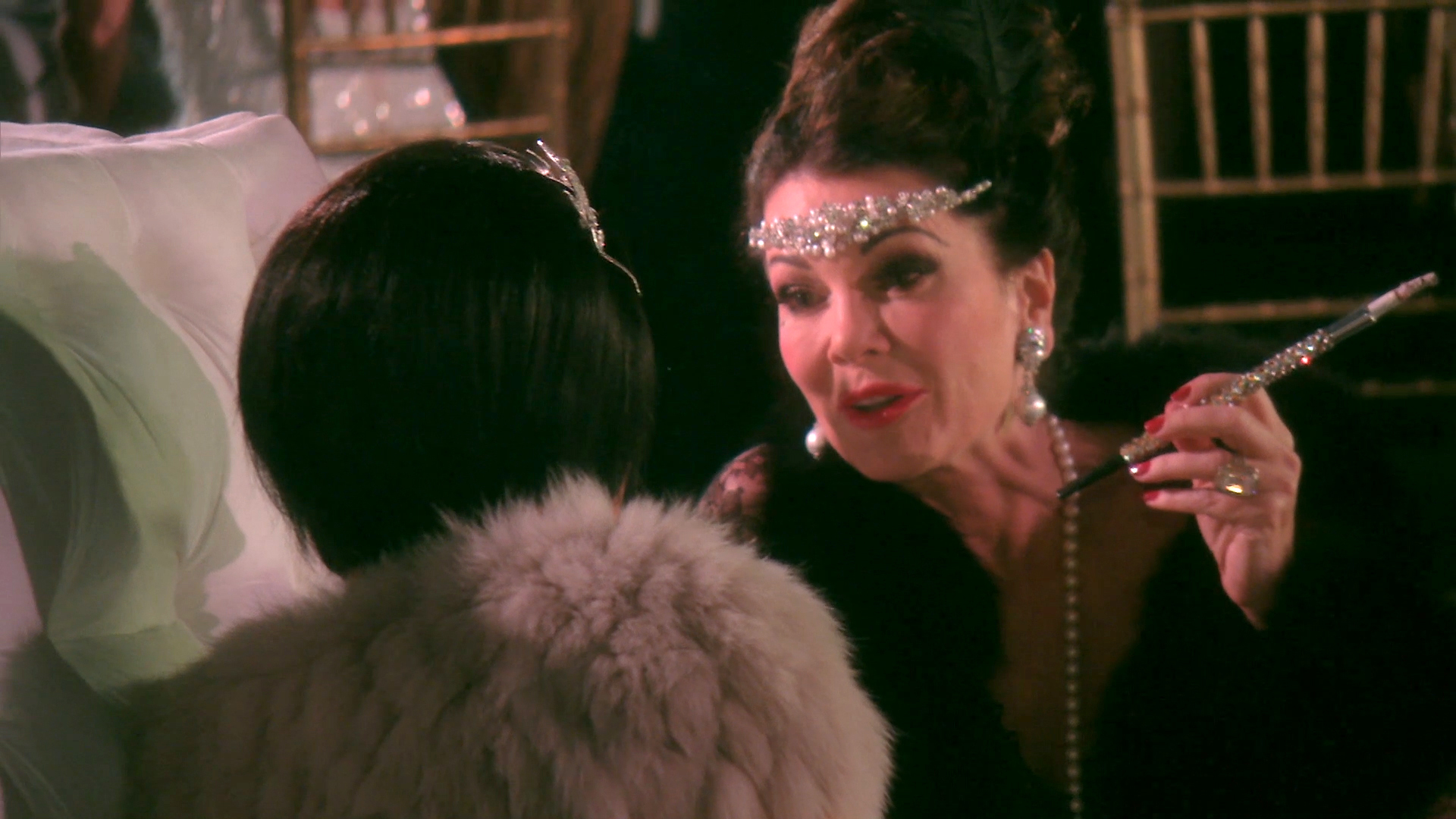 As much as I’m excited about a Great Gatsby party, might I remind everyone, the book didn’t end very well…

Watching Lisa R. back in the kitchen was guaranteed laughs. Does everyone else know how to cook in that house but Lisa? I guess they’d have to. Everyone’s crazy about Harry’s meat. I happen to be a big fan of Harry’s pie. Erika was right to ask, “What is it that Harry Hamlin can’t do?” The world may never know.

The food at the barbecue was fabulous. The company was great. I am just concerned about the topic of conversation. No matter what is going on in people’s lives, why do all roads lead back to Kim?

I think Dorit was right to tell Eden that she should talk to Kyle directly and that she didn’t want the talking behind people’s backs to continue. But I know she didn’t mean, “Let’s have a discussion about Kim in front of everyone but Kim."

At Kyle’s game night, I thought Eden had jumped in with some wise words that diffused the situation. Now she’s just pushing too hard. I’m not quite sure what she wants. Looks like she’s trying to save a life that doesn’t need saving. To my knowledge, Eden has never once seen Kim anything but sober, happy, healthy, and excited about her future. Like I said at the barbeque, I’m uncomfortable talking this much about Kim without her being there. And that’s all I’m saying on the subject!

Erika coming to CBS was so much fun for me! I know she said she was nervous, but I wouldn’t have known it. She was a natural and a pleasure to read with. Listening and taking direction are the most important things and she did both. Sharing this part of my world with a friend is such a pleasure.

Now on to the Great Gatsby party. If it wasn’t obvious, I had a great time. My partner in crime, Lisa Rinna, and I always know how to have fun, even when it comes to port-a-potties. As far as PK comparing me to a Muppet, I’ll take that as a compliment, because I know he has a habit of describing women in less-than-flattering terms sometimes.

And just like at Dorit’s birthday party, I’m gonna keep on dancing!

Eden Sassoon: That Was My Truth at That Moment