Lisa Rinna: My Own Big Mouth Can Speak for Itself 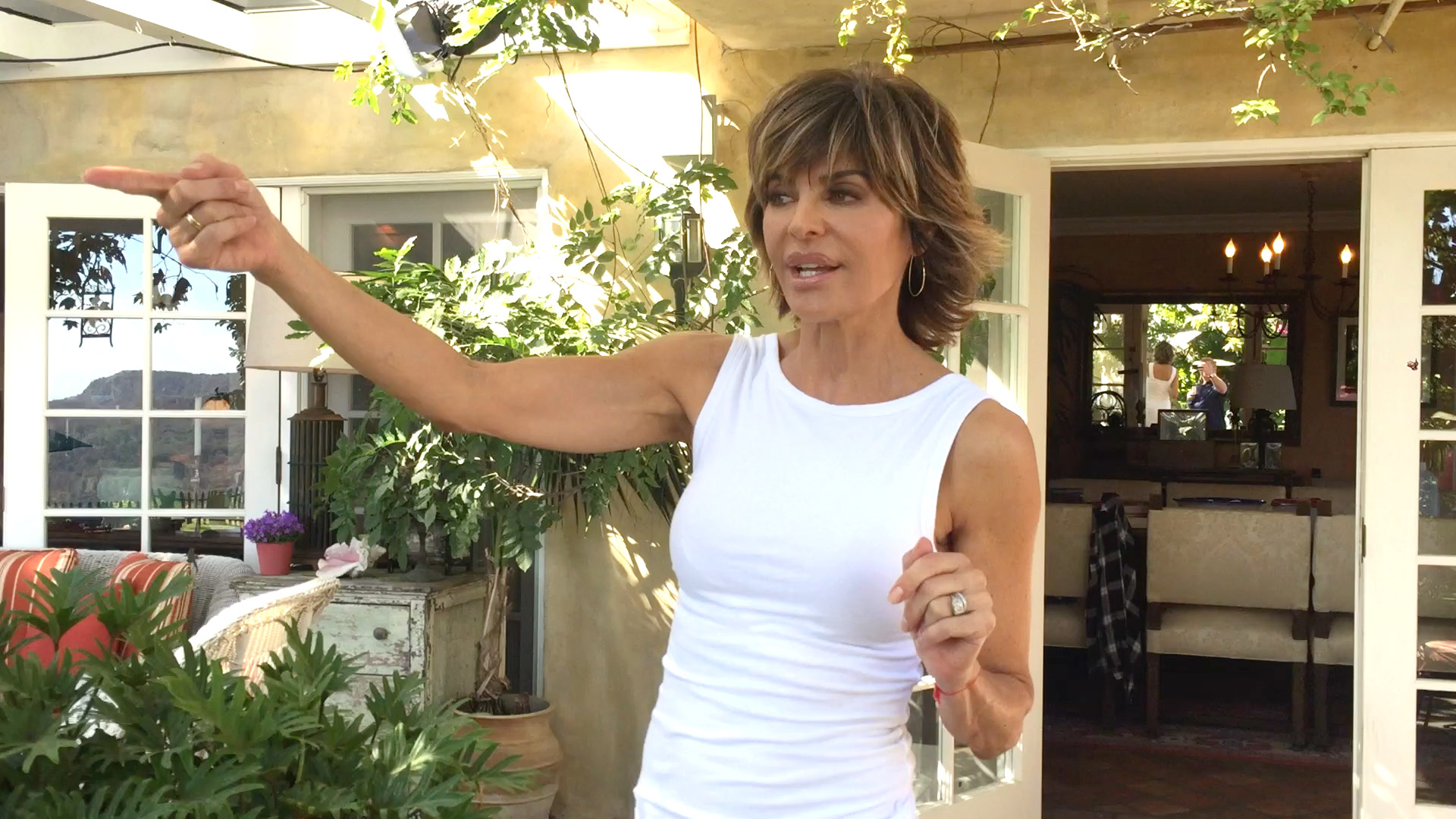 Harry Hamlin is a stud, need I say more?

This episode was so much fun to watch! I loved having the girls over for a BBQ. The weather was glorious, everyone looked so fabulous in that natural sunlight, and of course Harry’s meat was perfection as usual, as was the blueberry pie. Sublime! There were so many hilarious parts, and I mean, come on… Lola stole the show and basically summed up how a lot of us were feeling when she took a big poop in front of everyone. Hey Bravo, give that bitch a diamond already!

I have to say, I was nervous for Erika while watching her audition. Auditioning for a part can be incredibly nerve-wracking, so I could understand her stress—but she nailed it! We already know she is a natural on stage in front of a crowd, but she’s also a natural in front of the camera, too! I’m starting to wonder if there’s anything Erika isn’t a natural at? It’s no wonder Delilah and Amelia were “star-striking” when they met her. *wink*

I love a good costume party where I can go all out and wear a fabulous outfit and wig, and Kyle’s The Great Gatsby party was no exception, because the property and its view are to die for! Eileen and I had a fabulous time and not even a port-a-potty or PK calling us grumpy, old men Muppets was going to stop us from dancing, laughing and enjoying ourselves.

As much as I’d love to focus only on the positive and funny parts of this episode, there are a couple of things I want to quickly address. At my BBQ, Dorit told Eden that I was hopeful she could "help bring some peace into my and Kim’s relationship," and I agree with what Dorit said. I was hopeful that as a fellow sober woman, Eden could bring some insight and peace to both Kim and me and our whole group, really, but as time goes on, it is becoming quite apparent that her strong approach is making many uncomfortable.

Like I said in the store with Eden, the third time’s a charm (meaning my three heated encounters with Kim over the years), and I am done. I truly want to heal the baggage, and it's obvious that Kim and I do not possess the proper tools at this time to mend our relationship. I just need to move forward, and Eden is aware of this. 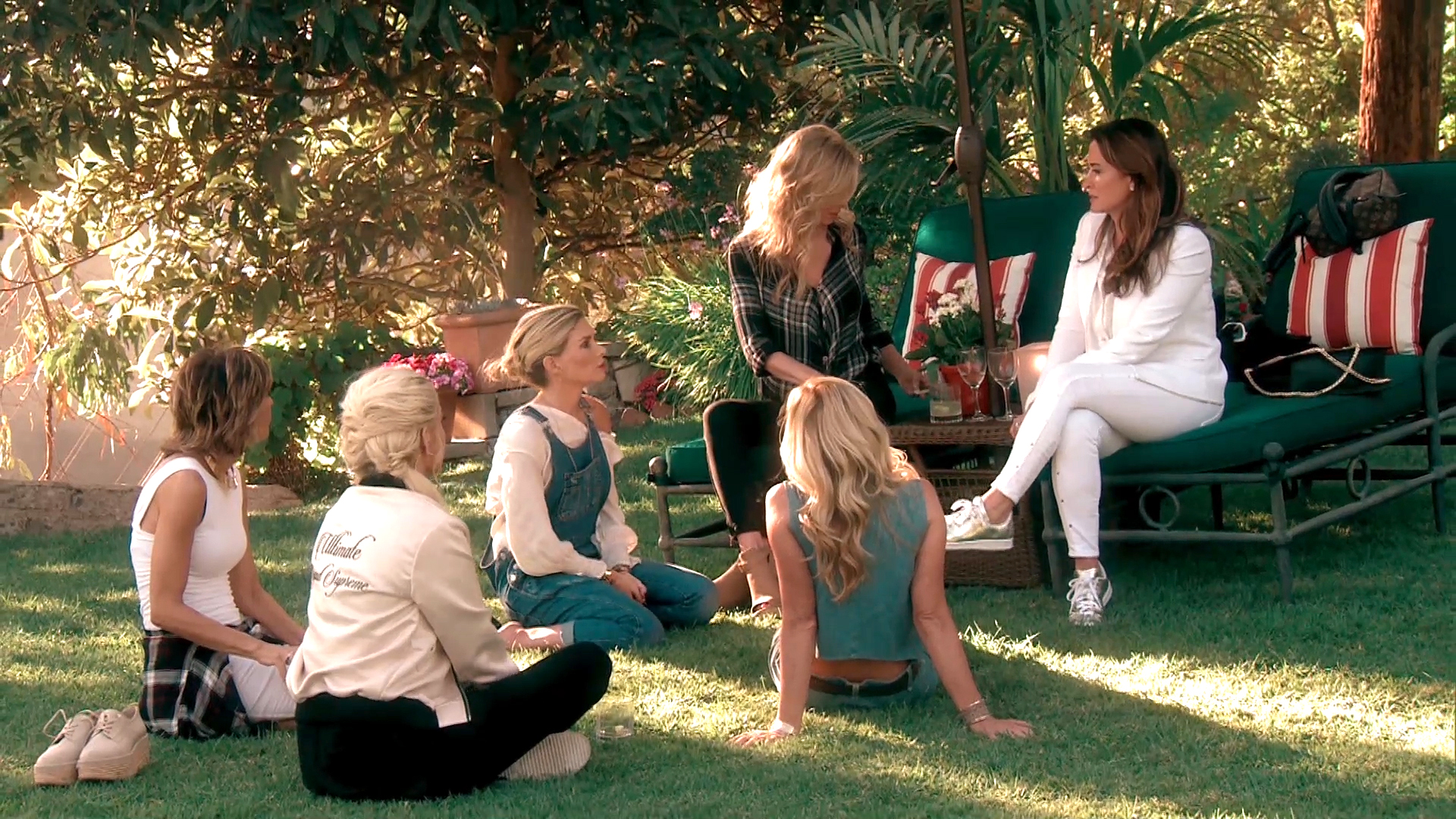 What you are now seeing is me taking my own advice, and I’m moving on. I don’t want to engage on this topic any more, and for my own peace and happiness, this is the right thing to do. When I went shopping with Eden, I shared my feelings at that time, right after game night, and I also shared what Kyle told our group last year in the Hamptons about what keeps her up at night. It was in that moment that I knew I needed to remove myself from the endless cycle Kim and I tend to repeat. Life is just too short to do otherwise.

Might I add that my own big mouth can and will always speak for itself, and I don’t need, want or wish for anyone else to say anything on my behalf. For better or for worse, these lips of mine say what’s on my mind. Eden and I clearly have two different realities regarding this situation. We just saw Eden tell Kyle and Kim that the two of them remind her of Eden and her sister, Catya, which is an entirely different thing she's working through separate from me.

Now, if you’ll excuse me, I’m off to hang out with my favorite scene stealer and 7th housewife, Lola.

All Posts About
Lisa Rinna
Related Stories
The Daily Dish

The Daily Dish Podcast Hosts to Bartend on #WWHL

Kim Richards Pays Tribute to Monty One Year After Death