Kyle Richards: I Never Imagined Losing a Friendship Over This 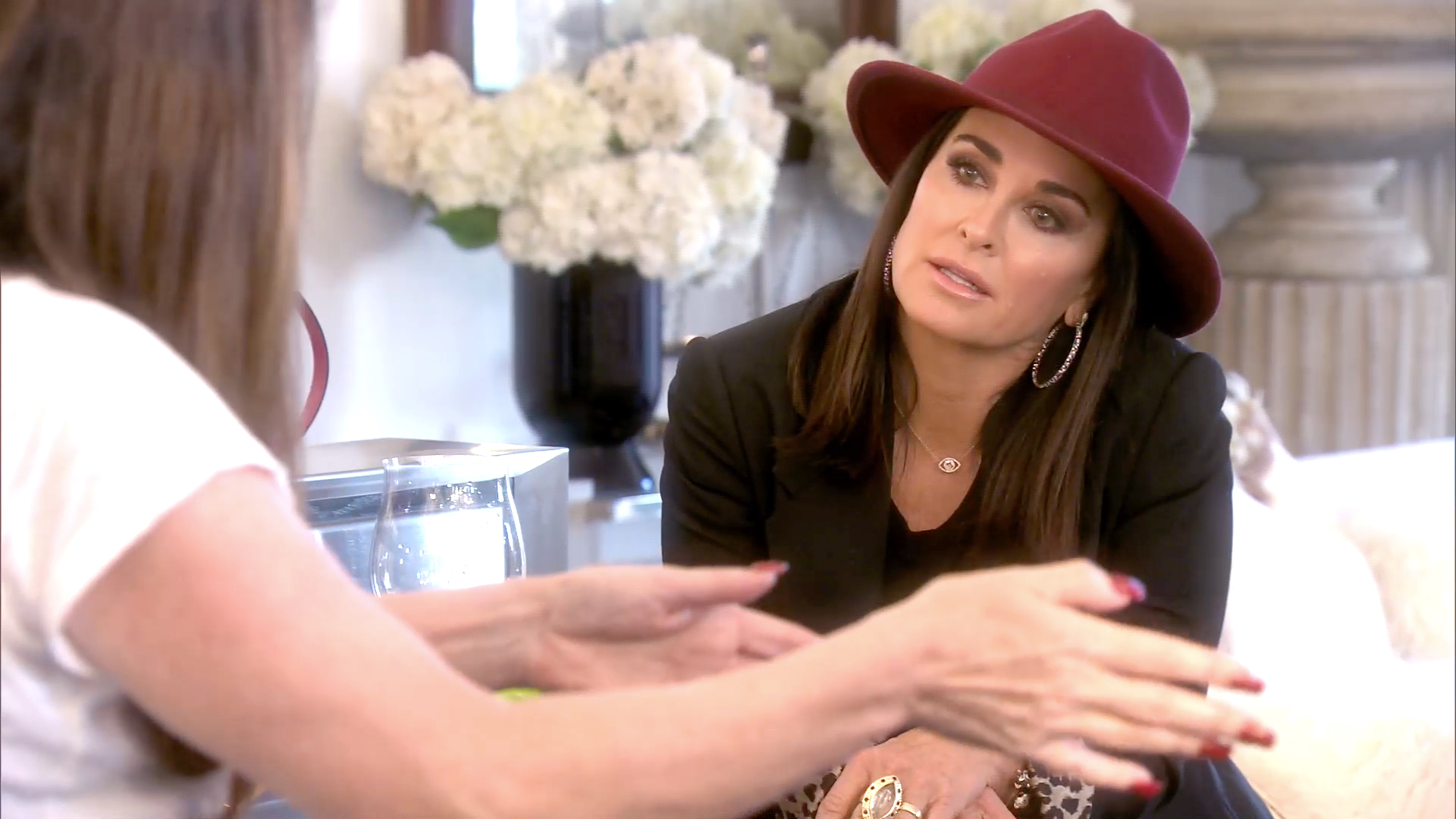 This is not a blog I am looking forward to writing. This is up there with some of the most difficult moments I’ve had in these past nine years on The Real Housewives of Beverly Hills.

But first, let’s start with the easier stuff.

Watching Denise and Aaron open gifts as newlyweds was very sweet. I felt bad I missed the big day but I had made a commitment to my husband to be with him for The Agency's seven year anniversary celebration. Aaron seems happy to be taking on the role of stepdad. I loved Lola saying that they have a family now!! I can remember when my Mom remarried, I had that same feeling.

Preview
The RHOBH Ladies Cycle Their Asses Off 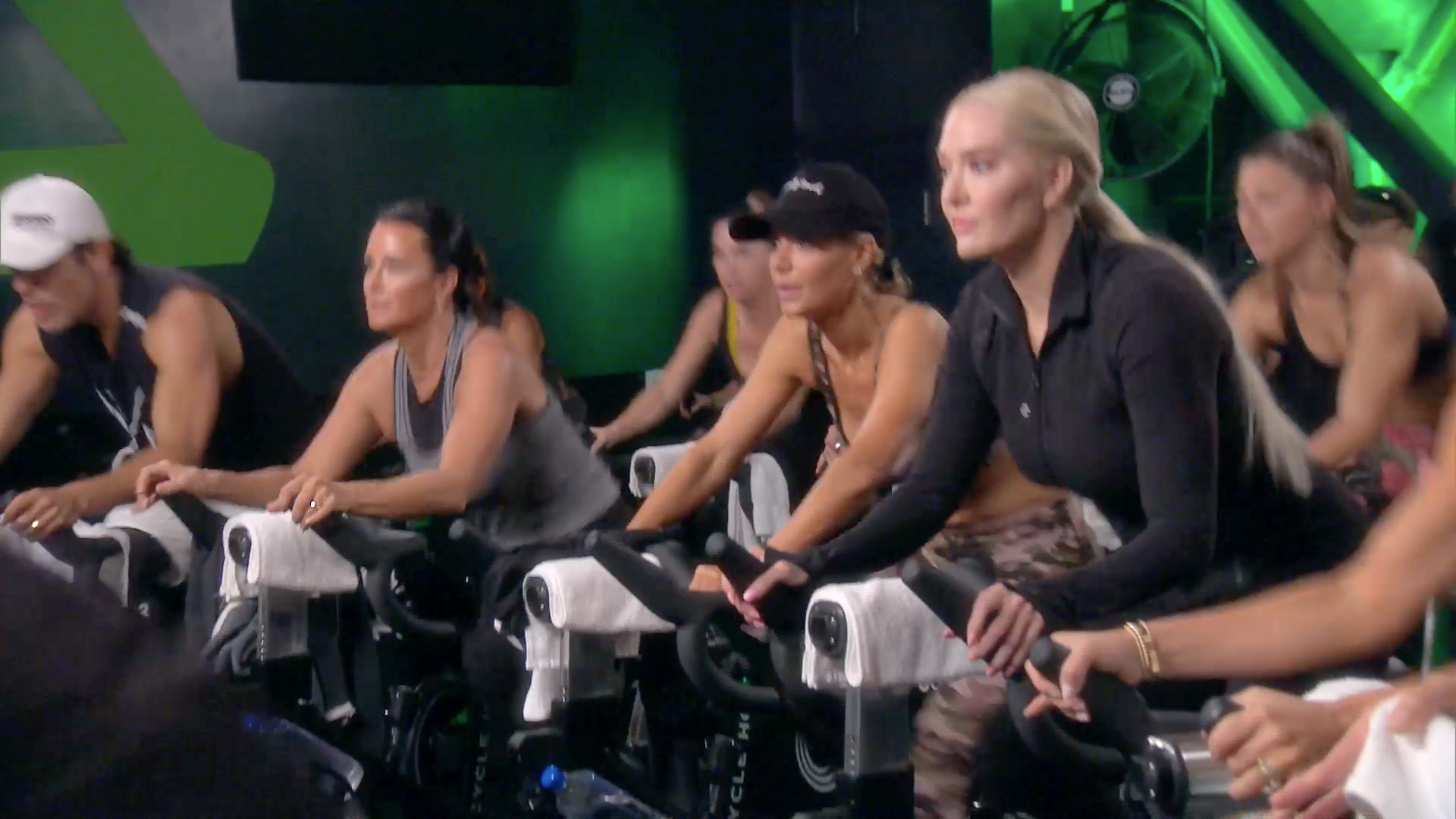 Meanwhile, Teddi honors her commitment to host the ride at Cycle House to benefit Vanderpump Dogs. While Lisa could not help which day the House Resolution 401 verdict was being announced, it would have been nice to celebrate at Cycle House instead of throwing a separate event at Vanderpump Dogs. Teddi and the others were taking time out of their lives to raise money for Lisa’s foundation. It was clearly not appreciated as indicated by their absences as well as Lisa’s coy dig at Teddi “raising a couple thousand dollars here and there — but every little bit helps." Why even say that? I must say, I am very happy about the House Resolution 401 being passed. Very, very good news.

Preview
Did Lisa Vanderpump Experience a Victory or Not? 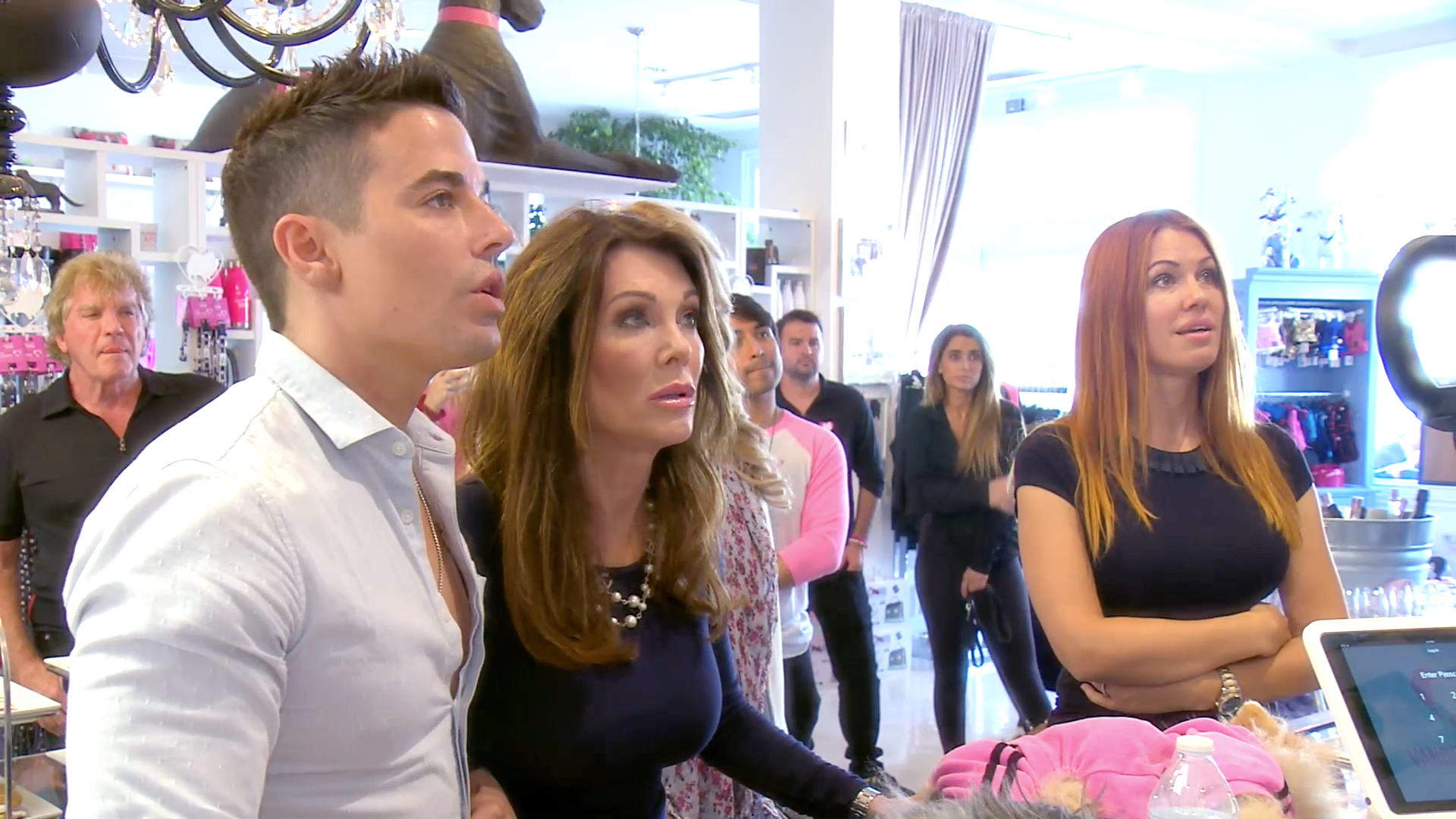 The ride was fun with a full house and everyone was happy to be there to support Vanderpump Dogs and Teddi. After, we went to lunch as a group and the subject of the Radar Online article comes up. Yes, I had seen it. However, I was very uncomfortable discussing it without Lisa V being present, even though it was her choice not to show up to the fundraiser and lunch. The women wanted to know if I thought Lisa was capable of having this story leaked. I grappled with taking the easy way out OR telling the truth. I am not a liar. Of all the things people may have accused me of, lying is not one of them. (At least not up until this point.) While Lisa is my friend and I am the closest to her, these women are also my friends. If they weren’t my friends, maybe I could have taken a different stance. But they are, and I could not lie to them. Most importantly, I knew they knew the answer and were waiting for me to be honest. 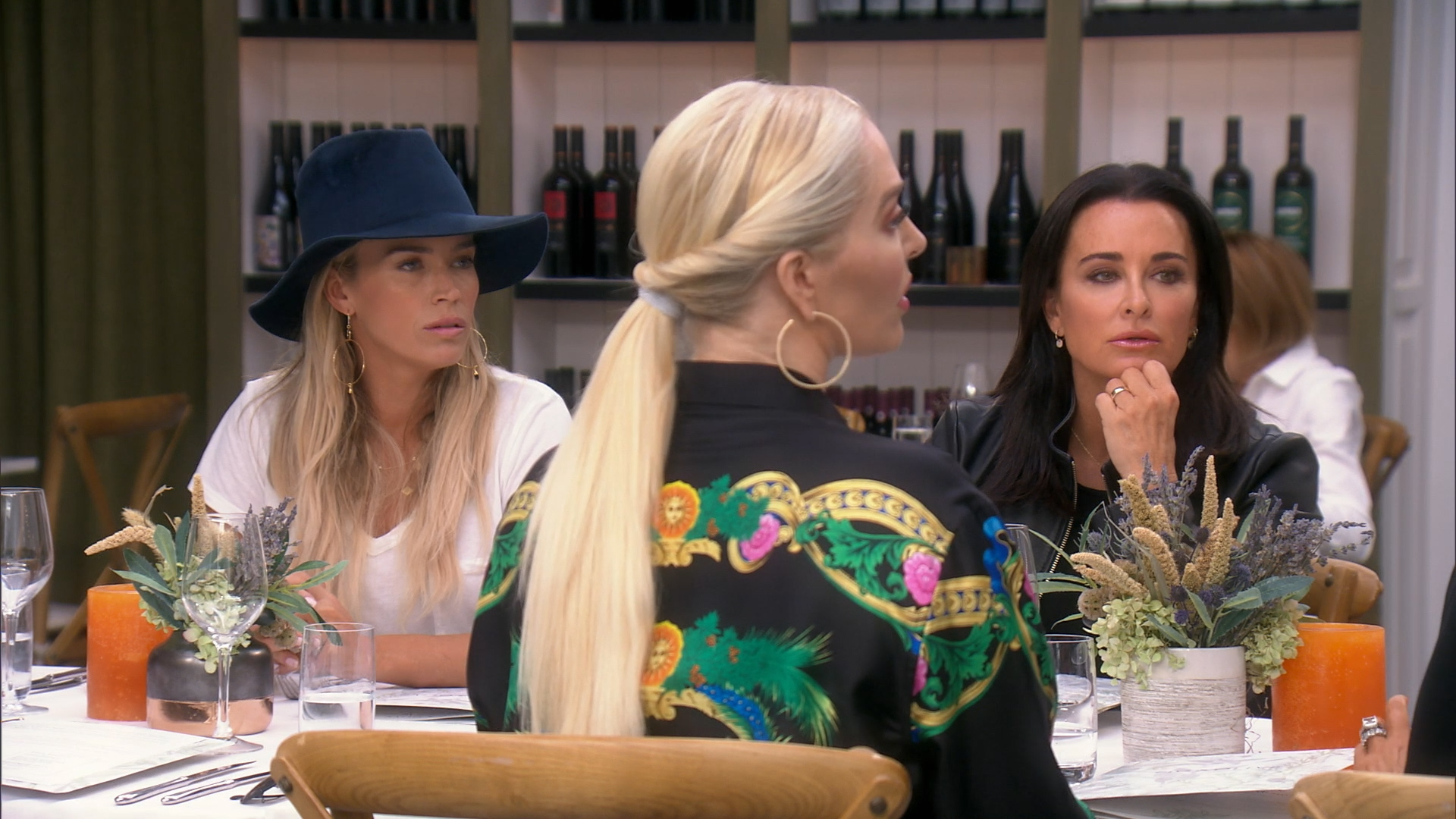 I took the difficult route by saying what I honestly felt the truth was, all the while knowing Lisa V would be angry that I didn’t blindly defend her. I wanted to. Trust me. But I just could not sit there and say something I didn’t believe to be true. I was anxious sitting there knowing that this was going to wreak havoc on my life and anxiety. I kept thinking that I wanted to speak to Lisa about this and be up front with her about the conversation that had taken place.

When I went to Lisa’s house, I knew it wouldn’t be easy but I felt being truthful about the conversation that took place was better than hiding it from her. When I arrived, I got the sense that Lisa knew what I wanted to talk about. As soon as I brought up the conversation and what was said, Lisa and then Ken went from zero to 100. Their reaction was so extreme it shocked me. This is not the first time this topic has come up over the years and it has never been met with this sort of a reaction. It didn’t even make sense to me. I really just wanted to talk to Lisa one on one. Ken screaming at me made it so much worse than it needed to be. I kept thinking. “Do not cry, do not cry." I was surprised I stayed as calm as I did in spite of how angry Ken was.

I tried to explain to Lisa that even though I felt what I felt and said what I said, I do care about her and that I thought I WAS being a friend by telling her about the conversation, even if it wasn’t what she wanted to hear. If I had lied at lunch, my other friends would have lost respect for me for not being honest. If I told my truth, Lisa would be mad at me. This is a no win situation for me. Therefore, I just stuck to my truth.

Preview
Next on RHOBH: Lisa Vanderpump Kicks Kyle Richards Out of Her Home 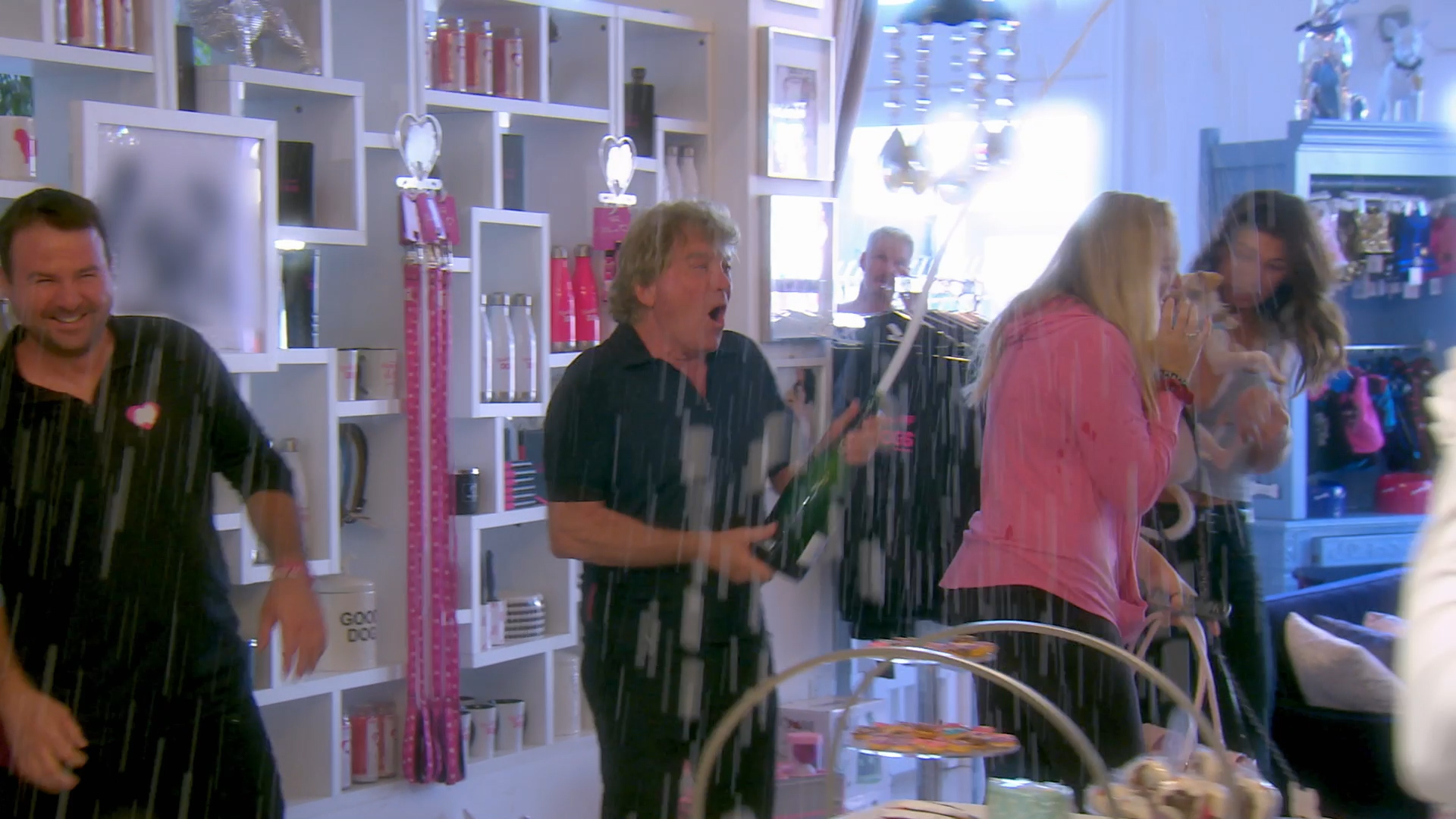 I still don’t understand why they had such a severe reaction. It didn’t have to be like this. We could have sat down as two friends and talked it out, even if we ended up agreeing to disagree. That’s what friends do. We don’t just tell each other what the other wants to hear. That’s not friendship. Contrary to some of the comments I’ve seen, Lisa and I did have a real friendship. We have laughed, fought, and made up. We've had our ups and downs. Some friendships have more than others. I always felt our friendship was worth it.

This is no longer about the dog or if Dorit should have just given the dog back to Lisa. This is about friendships and trust, or lack thereof.

While Lisa said she is a woman of integrity, I am as well. Otherwise, I wouldn’t be in this situation right now. But like I said, I chose the difficult route in all of this. Why would I do that other than to be honest? I certainly had nothing to gain, but I never imagined losing a friendship over this.

All Posts About
Kyle Richards
Related Stories
The Daily Dish

Andy Previews the "Disturbing" Argument Between Kyle and LVP