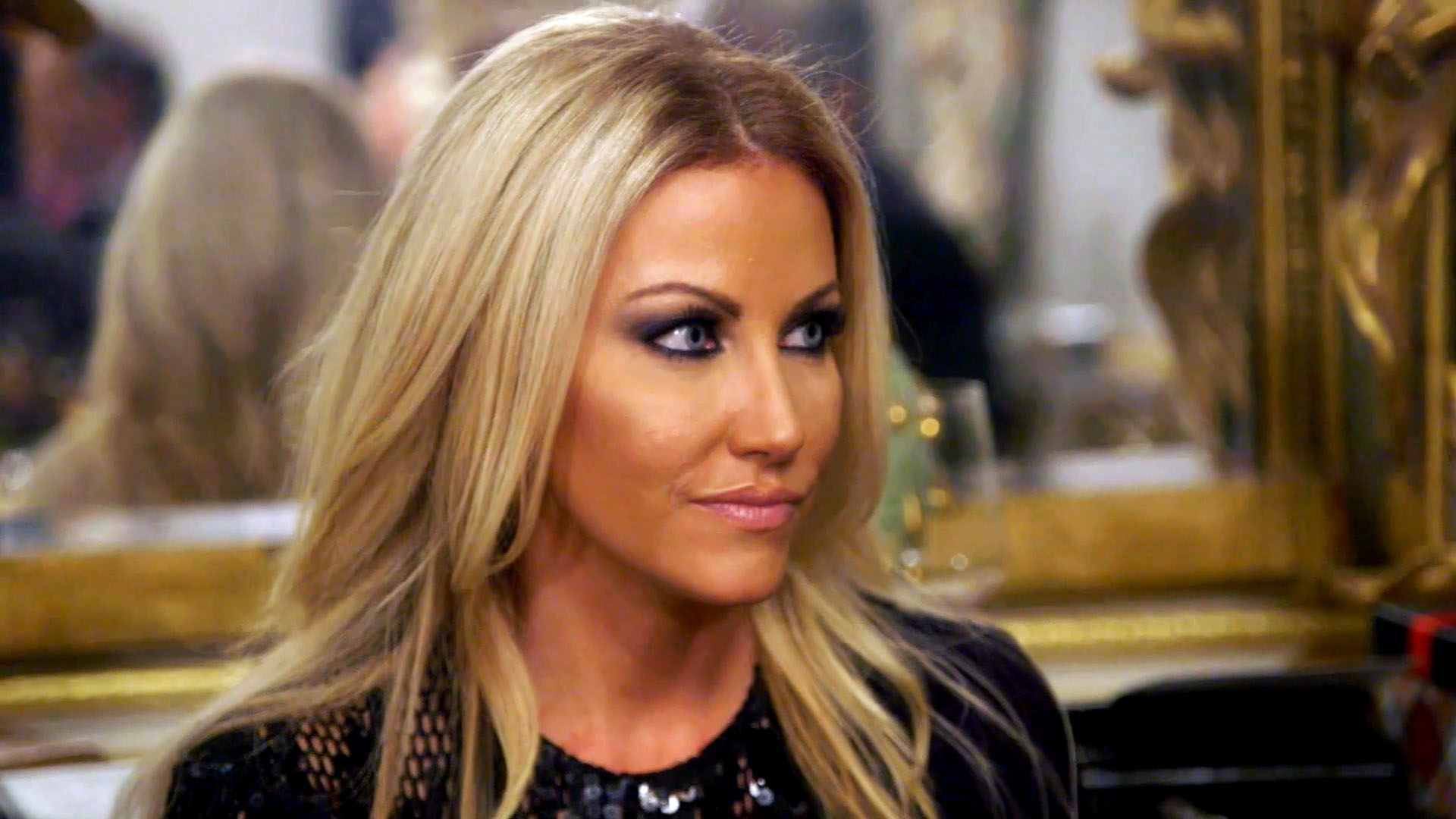 On the first episode of their podcast Stephanie Hollman and Brandi Redmond  got real quickly on their new podcast, Weekly Dose of BS. The Real Housewives of Dallas pals dove right into the juicy topics, including the advice they'd offer to a friend who's in a bad relationship.

Stephanie herself, as it turns out, has some expertise on the subject matter. During the podcast, she revealed: "I have been in relationships — I can tell you one time when I was younger ... I was in a relationship for a long time throughout college. I kind of felt married to the guy, and whenever we broke up, I was so sick, because we were engaged. People don't know that, but we were engaged for a hot minute right out of college. And I was so sick, and my feelings were so hurt, and I felt like I could not go on without this relationship. And I felt like I let everyone down and I just felt like I fell. It was the most horrible experience ever, and I was so sick, that I would throw up ... My emotions were all over the place."

Stephanie added that her best friend at the time was there by her side throughout it all, even if that just meant showing up and sitting beside her. "It made all the difference," the former social worker said. "Because sometimes, when you're hurting or when you're in a bad place, you just want to feel like somebody's there. And ... sometimes it's not about giving advice, it's more about just saying I'm here for you if you need me. Sometimes, people just want to feel seen, and that their pain matters."

The Dallas 'Wife has opened up about her past depression before, and has also shared advice on how to help friends who may be experiencing the same.

The Real Housewives of Dallas Have Avoided the Marriage Curse

Stephanie Hollman Gets Real About the Downsides of Childbirth