What Do You Think of Brandi Redmond's "Poop Hat"? 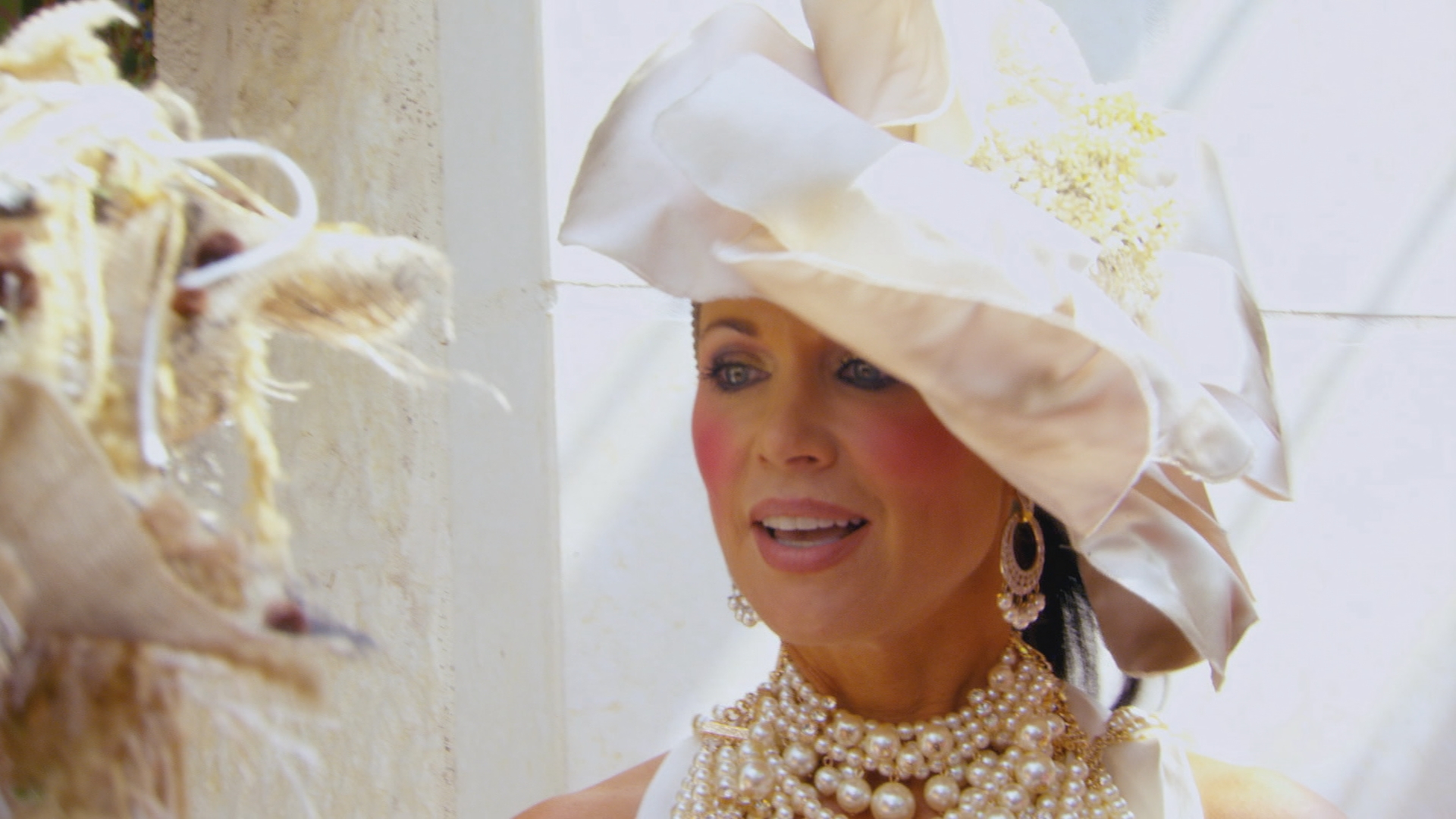 Karen Huger may be the Grand Dame of Potomac, but in Dallas, LeeAnne Locken is the resident etiquette expert. When 'Wife Brandi Redmond went for a less than conventional look at the annual "event of the season", Mad Hatters, LeeAnne was not happy. Brandi decided to take this year's theme, April in Paris very literally, putting moss, plastic dogs, and even poop on her hat to get a laugh from her fellow Dallas socialites. "I'm here to support the cause, but I want to have fun at the same time" declared the new 'Wife as she hot glued her hat with all its decorative fixings. As to be expected, LeeAnne was less than impressed. "This is a treasured event. Brandi's hat...she might as well just walked up to every woman there and went, 'Bitch slap, I'm here!'"

Although LeeAnne didn't enjoy Brandi's dramatic decision, the rest of the 'Wives were in full support and laughed along with Brandi and her authentic, Parisian hat. "If anyone has a problem with Brandi's hat, they have a problem with themselves. She brought humor to something that could be boring" stated fellow 'Wife and Brandi's BFF, Stephanie Hollman. Even Cary Deuber got in on the fun, placing one of the fallen poop pieces on LeeAnne's chair.

The 'Wives have spoken and we can bet that #PoopGate is far from over, but do you think Brandi's hat was out of line or do you think it was just some lighthearted fun? Vote below!

Before They Were Housewives: Dallas Edition

The One Rule Andy Cohen Thinks New 'Wives Should Follow