After being introduced and "reintroduced," it’s time for the real fun. After watching the second episode, I have more of an insight about the motivations behind some of the actions I witnessed throughout this bumpy ride. Watching Karent and Roldolo together was upsetting to me. Karent and I have become fast friends over the past few months. I find her to be an incredible woman, who is smart, successful, and beautiful. She deserves a man who adores her, not one who’s falling asleep during a talk about where their relationship is headed.

After watching my visit to Lenny's office, I realize that it may have come across a bit territorial. I really am not worried in the least about what he does at his practice. He is incredibly professional, and I am very secure in our relationship. I simply wanted to pay him a visit and bring him the pictures I promised to put up…and take down! He has since moved into a new office building with massive amounts of wall space. I am so excited about filling it up! My nature is to be playful and making my husband laugh is part of the deal. I hope people understand my sense of humor and don't take it too seriously.

Fredric and Adriana invited us to look at yachts at the annual Miami boat show. I am excited for them and their plans to remodel their "pirate ship," but I'm still not convinced living on a boat is going to be easy sailing for Adrianna. I’m sure it would be nice to take long, exquisite vacations, but living on one doesn't seem that fabulous. But hey! Whatever "floats their boat." I’m sure it will look fabulous, since they both have great taste. I had to ask Adrianna where her engagement ring was, because I thought it was strange that she wasn't wearing it. Then she explained she doesn’t want the ball and chain. Makes perfect sense! I was curious about their plans to have children together, because my mind is on starting a family of my own. Much to my surprise, it has been more difficult than I have thought it would be. I thought by this time at age 30, especially after being married for three years, we would be planning for baby number two. Adriana has been through so much in her past relationship, so I completely get why she is not in any rush to get married, but at the same time I think Fredric is such a gentleman and nothing like her ex. I love that he is so easy going and just goes with the flow. He is genuine, and you would have to be blind not too see how much he adores her. Sometimes you have to go through the bad to appreciate the good.

There was a lot going on behind the scenes at the Swine and Wine event that I had no clue about until after it all happened. I had some mixed feeling about it, because I felt like Roldolfo wasn't being completely honest. I also felt that everyone involved was almost enjoying this a little too much…except for Karent. The whole thing was very high school to me. I ended up tuning out of this soap opera, because I had nothing to contribute at this point and didn't feel like getting all the details either. I'm sure this is not the last time we will be hearing about this drama…

Show Highlight
He Text, She Text 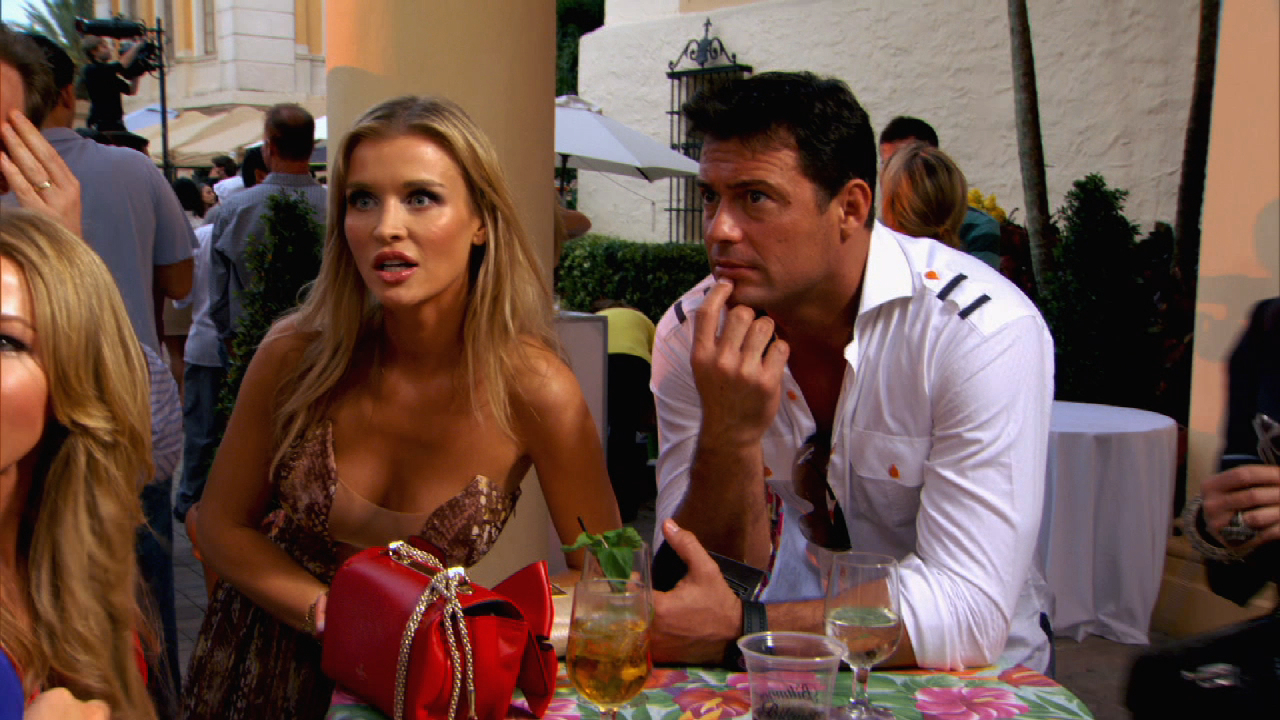