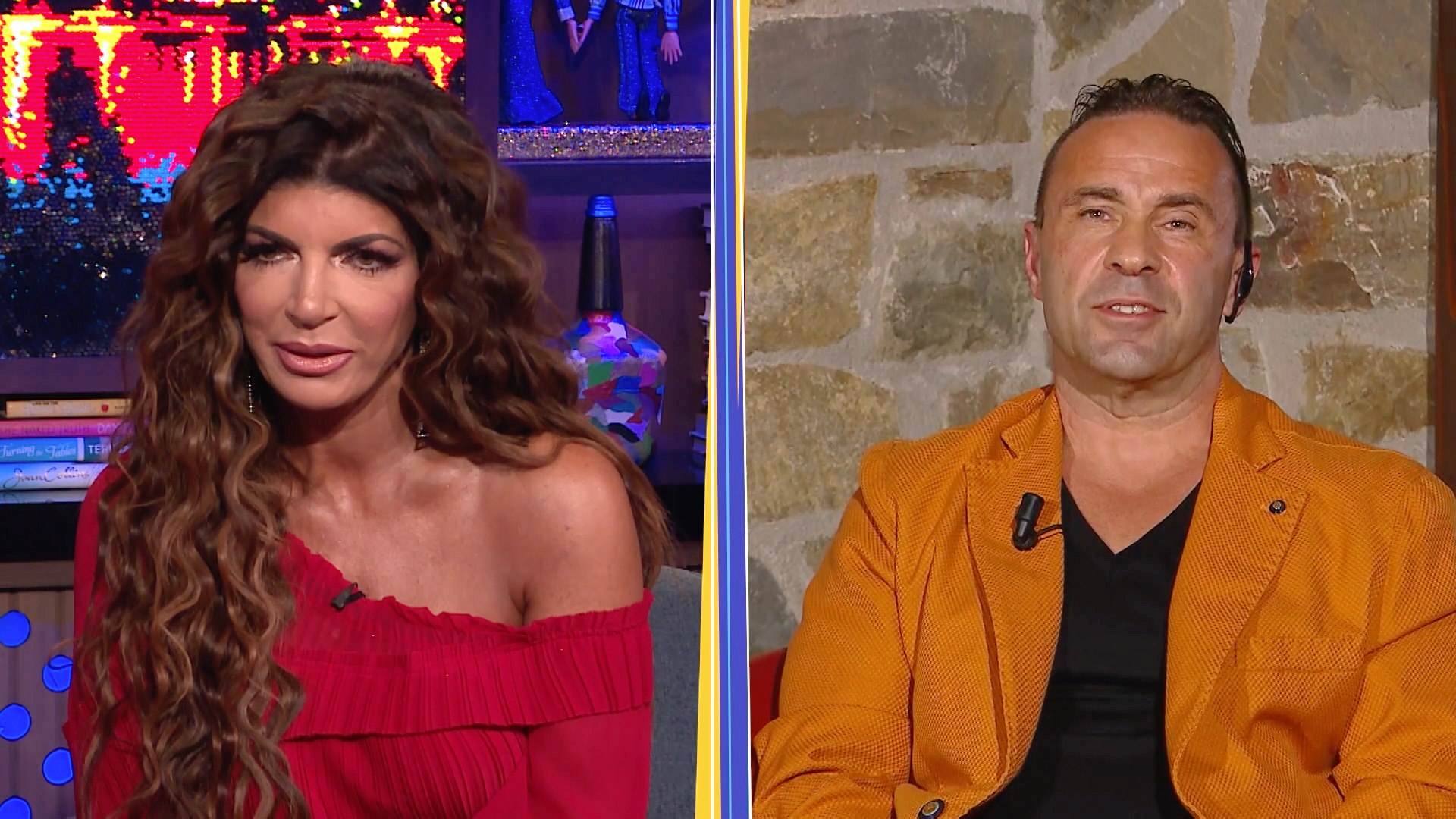 If you're anything like us, you're probably on the edge of your seat awaiting the upcoming The Real Housewives of New Jersey Special Event: Joe and Teresa Unlocked, which airs on Sunday night ⁠— especially after Andy Cohen teased that the interview "was next level." So, to hold you over a bit, we're giving you an exclusive first look at Teresa Giudice's ensemble for the sit-down. Are you ready for this fiery look? Because Teresa is coming in hot!

The RHONJ mom appeared at the Bravo Clubhouse in an outfit that's bold and powerful, much like herself. Donning red from top to bottom, Teresa served a bit of cold shoulder with a one-shoulder blouse and matching tailored pants. She accessorized her red hot look with black patent leather pumps and gold jewelry.

Now, let's get into this glam for a second. Despite her family's stressful situation (the Giudices are currently awaiting a final decision on Joe's ongoing deportation case), Teresa appeared composed and more radiant than ever. She sported a soft, glowing makeup look and completed her glam with dreamy, voluminous curls.

Teresa noted on Twitter earlier this week that she and Joe would be discussing "everything that has been happening with us and our family the past few months" on the RHONJ special.

Is Teresa trying to send a message with her bold choice of ensemble? You'll have to tune in Sunday, October 27 at 8/7c to find out.

Teresa's Glam Pumpkin-Picking Outfit Is Beyond